Arsenal Close In On Aubameyang Swoop
The idea that Borussia Dortmund striker Pierre-Emerick Aubameyang might join Arsenal isn't new, but it might be nearer reality than ever, according to the Guardian.

Super Guide to All PUBG Weapons
James Sillwood: Author and Founder o…
River City Girls Punches In On Septem…
The Impact of Sleep on Romantic Relat…
Three Reasons Why Putting on the Whol… 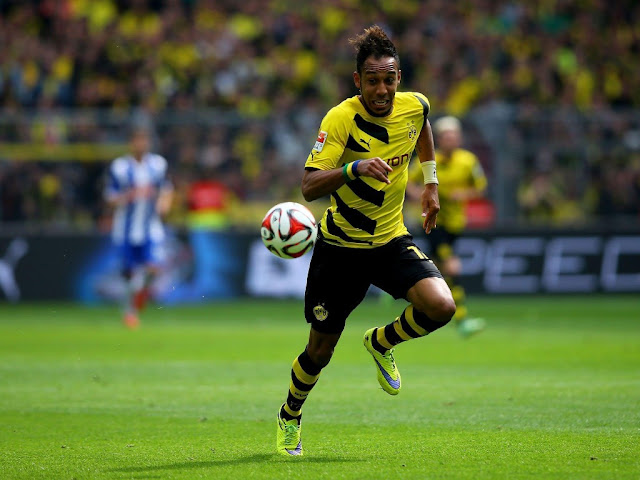 It reports that the Gunners "are increasingly confident" about signing Gabon international Aubameyang following "productive" talks with Dortmund. Arsenal want to add new talent to their squad to compensate for the impending departure of star name Alexis Sanchez, and Aubameyang, consistently prolific in the Bundesliga, is firmly in the picture.
The Guardian says that although he has had "off-field issues, his qualities and potential availability had been impressed on the Arsenal hierarchy" by head of recruitment Sven Mislintat, who helped bring him to BVB in 2013. However, the Gunners might have to pay more than £50 million for the 28-year-old, with "negotiations over a fee ongoing."
In the meantime, Arsenal are closing in on Bordeaux forward Malcom, who is likely to cost around £40 million, and continue to be linked with former Dortmund player Henrikh Mkhitaryan.
Jose Mourinho says Manchester United have "a chance" of signing Alexis Sanchez from Arsenal, while admitting Henrikh Mkhitaryan could leave.
Sanchez has been linked with a move to Old Trafford with Mkhitaryan going the other way. Meanwhile, sources have told ESPN FC that Manchester City have now pulled out of the race for the Chilean. Read more here.
Judging by the noise on social media this morning Everton are close to signing Theo Walcott from Arsenal for £20m. Everton boss Sam Allardyce confirmed talks last week and it sounds like they are now progressing.
Chelsea Make Late Bid To Snatch Sanchez
Just when it seemed that Manchester City's withdrawal from the race to sign Arsenal's Alexis Sanchez had opened the way for United, along comes some potential late drama. 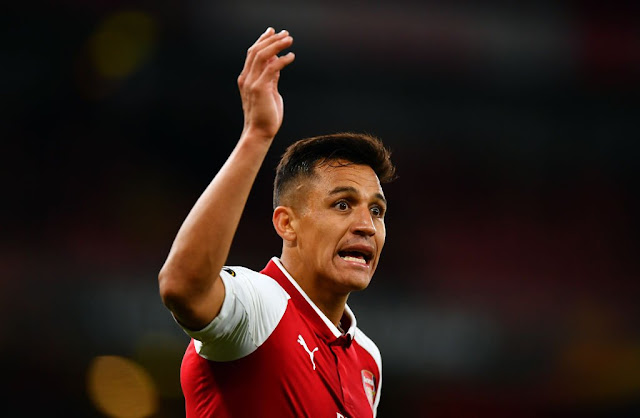 The Telegraph reports that Chelsea "are trying hijack United's bid to sign Sanchez in another dramatic twist to this extraordinary transfer saga."
It says United have offered Mkhitaryan to Arsenal as part of their bid to land Sanchez and -- for now -- remain in pole position to sign him.
Chelsea "are thought to be undeterred at this stage by the huge costs involved in trying to sign Sanchez," though there is not believed to have been any direct contact between the Blues and Arsenal yet.
The paper concludes that "it would take another dramatic turn of events for United to lose out on him," but that isn't impossible.
Hammers Fearful Over Carroll
After reports that Chelsea want Andy Carroll on loan, West Ham are worried that their striker "has had his head turned," the Mirror says. 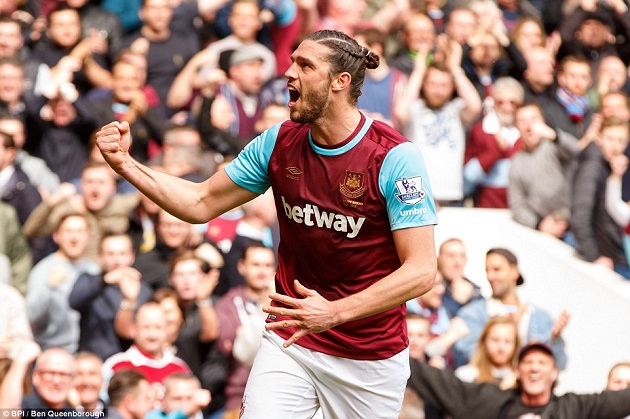 It reports that the Hammers have been offered a swap deal involving Michy Batshuayi, but manager David Moyes is keen to keep his key players at the London Stadium as he looks to build on fine recent form.
Carroll is now "understood to have his heart set on a move to Stamford Bridge, where he would play Champions League football."
Chelsea have also been linked with a move for Crystal Palace's Christian Benteke, though the Mirror says that Carroll "would be their preference."

Others
Arsenal are in talks to sign Borussia Dortmund and Gabon forward Pierre-Emerick Aubameyang as a replacement 29-year-old Chile forward Alexis Sanchez. (Mirror)
The Gunners are pressing ahead with a £53m move for 28-year-old Aubameyang. (Mail)
And Jose Mourinho says he is "not confident but not unconfident" of bringing Sanchez to Manchester United. (Mirror)
Chelsea have also entered the race for Sanchez but United are confident that offering Henrikh Mkhitaryan, 28, as part of the deal would make them favourites. (Telegraph)
Real Madrid and Portugal forward Cristiano Ronaldo, 32, wants to return to Manchester United. (As.com - in Spanish)
Midfielder Emre Can, 24, says he has not signed an agreement to join Juventus in the summer and that he is still talking to Liverpool about extending his stay at Anfield. (Times - subscription required)
Swansea City have held talks with Atletico Madrid over deals to bring 30-year-old France forward Kevin Gameiro and Argentina midfielder Nicolas Gaitan, 29, to south Wales during the January window. (Wales Online)
Everton are trying to complete a £20m deal for 28-year-old Arsenal and England winger Theo Walcott this week. (Mirror)
Bournemouth have approached Arsenal about bringing Walcott to the south coast on loan for the rest of the season. (Sun)
La Liga side Sevilla are confident of securing a loan move for 24-year-old Chelsea and Belgium striker Michy Batshuayi. (ESPN)
A move to the Premier League would interest 25-year-old Marseille and Guinea midfielder Bouna Sarr, who is a target for Leicester. (L'Equipe - in French)
New Wales boss Ryan Giggs is weighing up an approach to make former Manchester United team-mate Paul Scholes part of his backroom staff. (Mail)
West Ham fear their England striker Andy Carroll has had his head turned by the prospect of a loan move to Chelsea. (Mirror)
Alternatively, the Blues' bid to sign 29-year-old Carroll is set to fail with the Hammers only prepared to consider a permanent deal. (London Evening Standard)