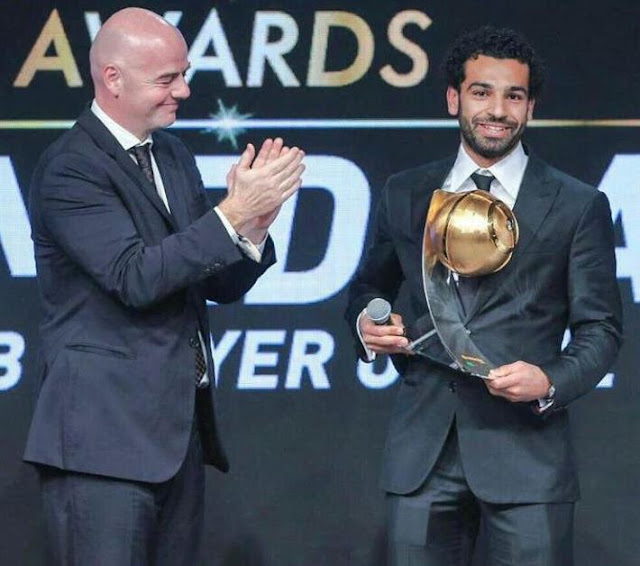 Liverpool and Egypt striker Mohamed Salah was named African Player of the Year for 2017 at the CAF Awards in Ghana on Thursday, January 4.
Salah, 25, has been an instant success at Liverpool since joining from AS Roma, scoring 17 goals in the Premier League already and 23 in all competitions. He also helped Egypt to qualify for this year's World Cup finals in Russia. 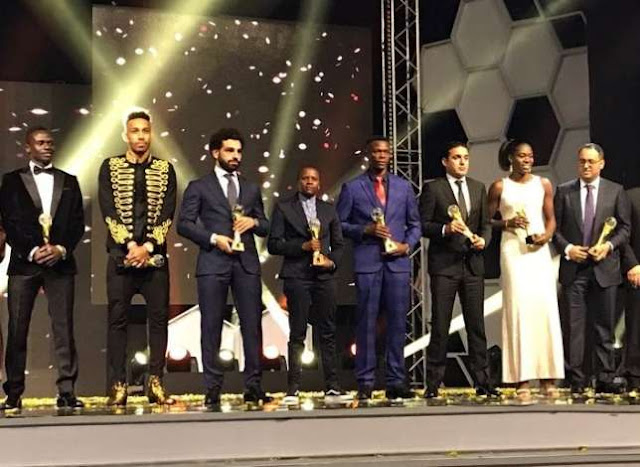 Salah takes home the award for the first time ever, beating Liverpool teammate Sadio Mane and Pierre-Emerick Aubameyang.
The Super Eagles of Nigeria, coach Gernot Rohr and the Falconets, Nigeria women's
national under-20 football team all lost out at the 2017 CAF Awards.

Photos: Dallas Black Lives Matter Pro…
Moffat Camping and Caravanning Club S…
WWE stars The Bella Twins become New …
Mr Eazi & King Promise – Call Waiting…
Older adults (60plus) lockdown home w…
Super Eagles of Nigeria were in the running for National Team of the Year but lost out to the Pharaohs of Egypt who had a remarkable 2017. Cameroon were also nominated.