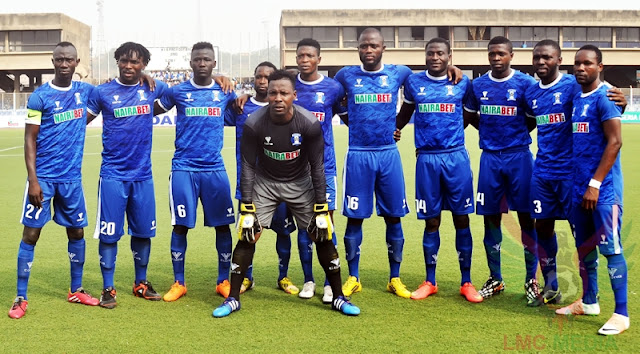 جمہوریت ڈرامہ
Hollywood Dentist Providing Red Carpe…
SALVADOR DALI AND RELIGION
Muslim Woman
14 Best Black Friday Deals on Refrige…
It was Shooting Stars first points of the new season.
MFM went into the game on the back of their impressive wins against Nasarawa United and Rivers United in their opening two games of the campaign, but were taught a harsh lesson by the Oluyole Warriors who dominated the game from start to finish.
Jimoh found target in the fourth, 19th and 36th minutes for Shooting Stars to record a convincing home win and MFM’s first loss on their debut in the top flight.
MFM goalkeeper James Aiyeyemi will take the blame for the first two goals particularly the opening goal when his howler gifted Jimoh.
MFM improved after the break, but failed to grab a consolation goal.
Follow @wolexis