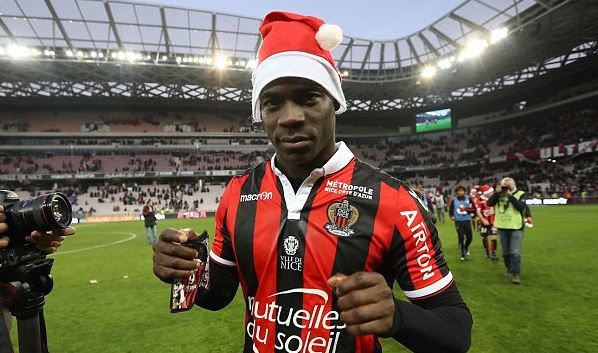 Mario Balotelli netted a brace as Nice remained top of the pile in Ligue 1 with a 2-1 win against Dijon
There proved to be little in the way of goalmouth action at either end of the field as the half-hour mark approached but then Dante's long ball found Alassane Plea in the area who was pulled back by Yunis Abdelhamid, leaving referee Benoit Millot with no option but to give a penalty.

What is Conversion Tracking? How to S…
A Comparison of the Environmental Imp…
CBD 2020: What to Expect + Our Top Pr…
The East winds of Digital Currency Ga…
Bigfoot Mystery Solved
Balotelli nestled the ball in the bottom left corner to hand Nice a first-half Lead but their advantage was short-lived, as Dijon won a penalty of their own after Arnaud Souquet raised his foot on Vincent Rufli.
Julio Tavares was left with the responsibility of beating Yoan Cardinale from 12 yards and stepped up to fire straight down the centre and level matters.
Nice did not have to wait long to reinstate their lead, though, when a seemingly offside Balotelli touched Souquet's delivery beyond Reynet from close range.
The hosts almost made it three late on when Plea crashed an effort against Reynet's crossbar before any chance of a Dijon comeback disappeared when Varrault was shown a second yellow card in a matter of seconds for dissent.
Follow @wolexis