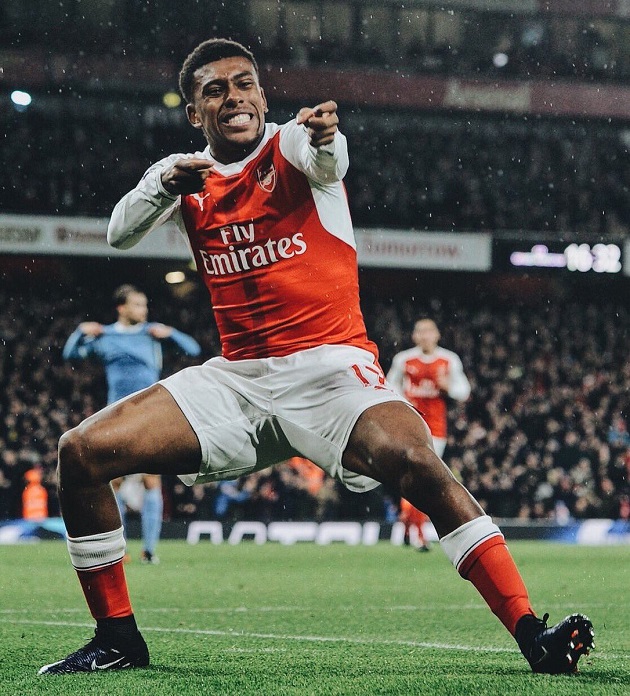 Arsenal went top of the Premier League table after coming from a goal down to beat Stoke City 3-1 at the Emirates.

Stoke began brightly and almost opened the scoring in spectacular fashion when Marc Muniesa smashed a dipping 30-yard volley that flicked off the top of the bar.

The Potters broke through when they were awarded a Penalty after Joe Allen was elbowed by Granit Xhaka and Charlie Adam sent Petr Cech the wrong way from the spot.

But Arsenal levelled after 42 minutes when Theo Walcott rounded off a flowing move with a neat finish, and were in front when Mesut Ozil struck with a rare header after an excellent ball by Alex Oxlade-Chamberlain minutes into the second half.

Substitute Alex Iwobi wrapped up three points for Arsene Wenger's side soon after Cech had thwarted Stoke with a good save from a Peter Crouch effort. 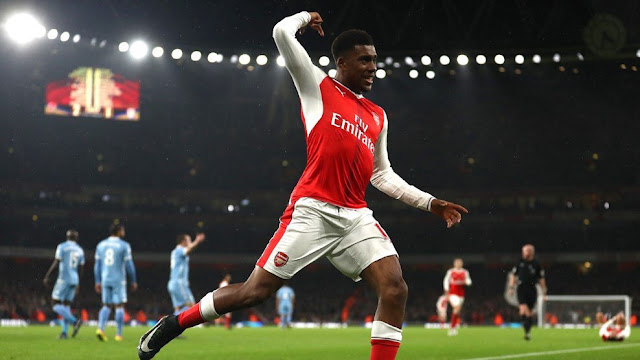 Hull City were frustrated as Crystal Palace scored an 89th-minute equaliser in a topsy-turvy 3-3 draw at the KCOM Stadium.

The home side missed a great chance to go in front when Adama Diomande raced on to a through ball but could only fire his effort against Wayne Hennessey, but were awarded a penalty when Robert Snodgrass went down easily under Scott Dann's challenge and Snodgrass converted.

Palace got a penalty of their own when Snodgrass tangled with Zaha and Christian Benteke stroked home, and they took the lead with 20 minutes to go as Zaha tricked his way into space before thundering home a superb finish. 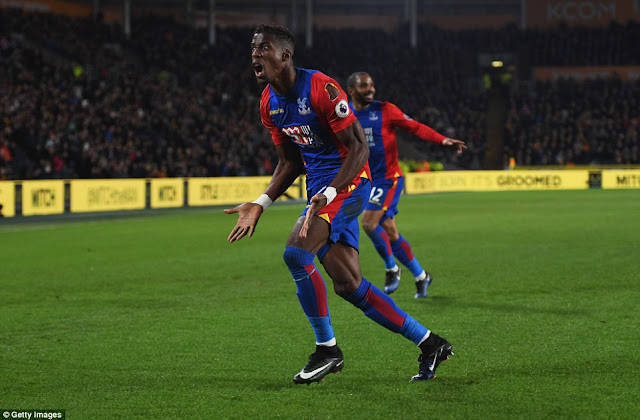 Within two minutes, Hull were back on terms when Diomande nutmegged a defender, ran on and lifted his finish into the net for a crucial equaliser -- and moments later Jake Livermore had the Tigers back in front when he got past two weak challenges to fire in.

But with time running out, Fraizer Campbell struck to rescue a point for Alan Pardew's side.

Burnley held on to beat Bournemouth 3-2 at Turf Moor and end a poor recent run.

Swansea boosted their survival hopes and sent Sunderland to the foot of the table with a 3-0 win at the Liberty Stadium. 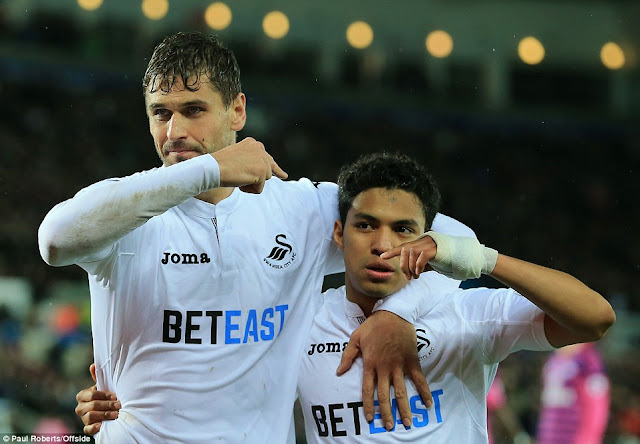 In a tense opening half, David Moyes' visitors had the first opening when Jermain Defoe found space on the left-hand side of the penalty area and fired a powerful effort just over the bar.

But the Swans hit back when Gylfi Sigurdsson floated a fine free kick into the penalty area and Jordi Amat steered his header over the bar when he should have done better.

Defoe had another chance early in the second half when he made space for himself with a neat turn but steered his 20-yard effort just wide of the post.

But Swansea were awarded a penalty when Wayne Routledge's cross was handled and Sigurdsson stepped up to fire home from the spot after 51 minutes and they doubled their lead soon afterwards when a Sigurdsson corner was finished off by Fernando Llorente.

Only Pickford prevented Sunderland's afternoon from getting worse, producing a great reaction save to turn an Amat flick over the top, but he could do nothing when Llorente struck again to round off an excellent afternoon for Swansea manager Bob Bradley with 10 minutes remaining.

In the day's early game, Watford beat Everton 3-2 at Vicarage Road as Stefano Okaka scored his first goals for the Hornets

Jamie Vardy scored a hat trick as Leicester City put their recent poor form behind them with a 4-2 win over Manchester City at the King Power Stadium. 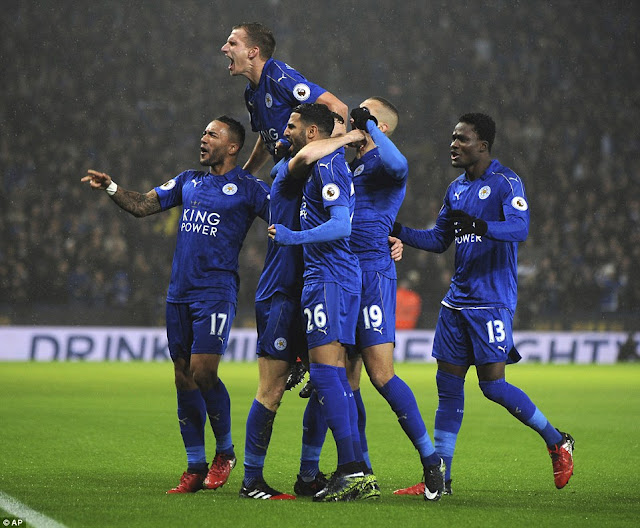 The Foxes tore into their visitors from the start and were two goals to the good after only five minutes.

From Newbie to Digital Marketing Expe…
Bitbay to Break Relations with Monero…
The Ultimate Winter Bucket List Accor…
How To Get From Lima To Cusco Peru {T…
I’m afraid I don’t know what I’m afra…
After three minutes, Riyad Mahrez laid the ball off to Islam Slimani, who slipped a pass between two defenders for Vardy to run on and bury an emphatic finish for his first Leicester goal in two months.
With five minutes gone the visitors were two goals adrift as Slimani laid the ball back to Danny Drinkwater just outside the area and his curling finish beat Claudio Bravo before Vardy slid home his second after 20 minutes. 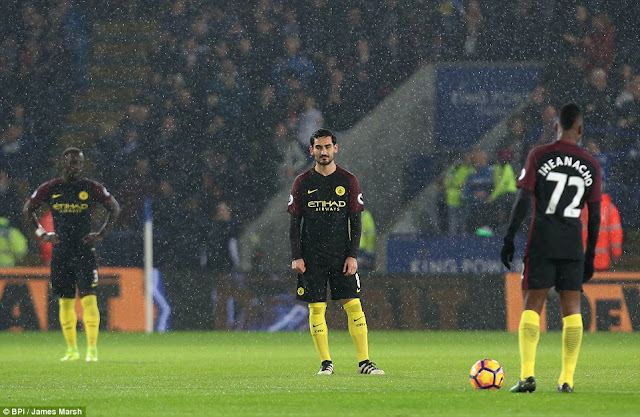 The striker seized on a poor John Stones backpass to complete his treble after the break, with goal-line technology confirming it had gone in, with Aleksandar Kolarov and Nolito striking late on to make the scoreline more respectable for Manchester City
Follow @wolexis