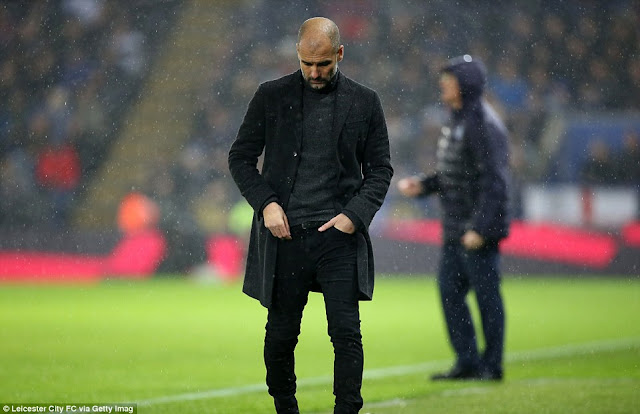 Jamie Vardy, goalless since Sep. 10 for Leicester, grabbed a hat trick that drove a knife into Guardiola's hopes of succeeding Claudio Ranieri's champions. It must have made thrilling viewing for anyone associated with Chelsea.

See some funny reactions below

Defensively Man City are one of the worst teams in the league, all over the place. Spent 100's millions on defenders not one good enough.

Bravo and Stones were awful, awful signings. The letting go of Hart was even worse. Any other manager and they'd be ridiculed by the media.
— Kloppholic (@Kloppholic) December 10, 2016

Last 6 shots on target Claudio Bravo has faced in the Premier League:

Who's a better goalkeeper?