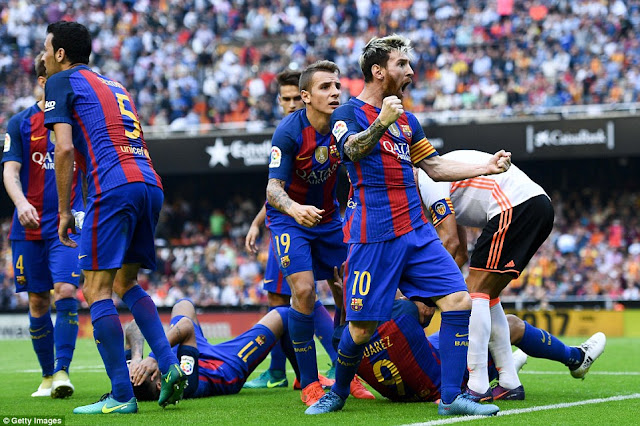 Barcelona came from behind to beat Valencia 3-2, while they were rocked by a serious looking injury to Andres Iniesta.

Iniesta was stretchered off after a tackle from Enzo Perez in the first half, but shortly afterwards Lionel Messi opened the scoring after a break saw him fire home at the near post. 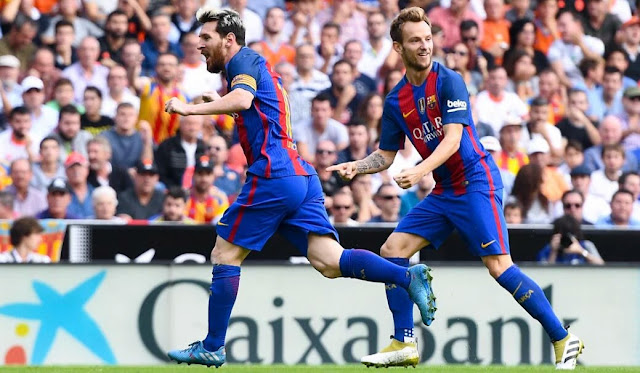 However, Munir El Haddadi (on loan from Barca) got an equaliser in the second half and, minutes later, Nani laid on a fine cross for Rodrigo to pile on the misery for the Catalans. 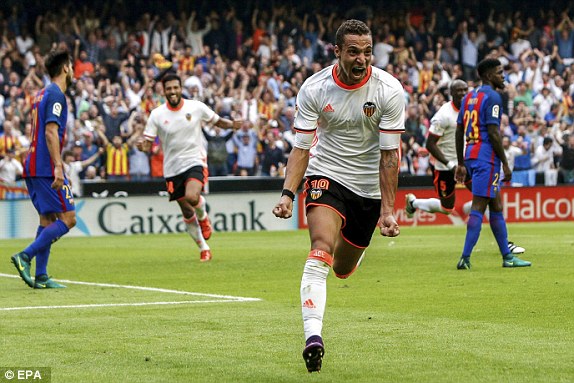 But it was not long before Barcelona were back on level terms as Luis Suarez smashed home an equaliser after Diego Alves had made a fine save from Ivan Rakitic's header.

And Messi converted an injury-time penalty to give Barcelona all three points.

Ten-man Espanyol fought back from a three-goal deficit to claim a 3-3 draw at home to Eibar at the RCDE Stadium.

Goals from Sergi Enrich, Kike and an own goal from Diego Reyes saw Eibar race into a 3-0 first-half lead, but second-half goals from Hernan Perez and Pablo Piatti trimmed Eibar's lead to set up a tense finish.

Espanyol striker Felipe Caicedo's red card late on looked to have ended their hopes of snatching a point but Leo Baptistao popped up to equalise in added time to secure an unlikely point.

How to Convert Your Passion for Sports Into Real Income

Quote of the day: For every corrupt politician, there is a corrupt businessperson says Patrice Motsepe