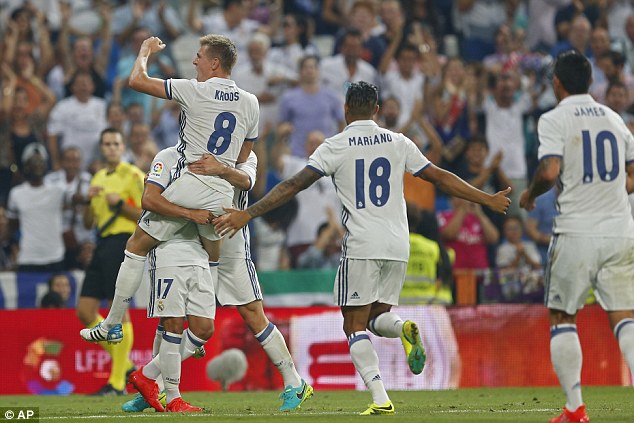 Toni Kroos scored with eight minutes remaining to help Real Madrid win their second straight game to open La Liga, 2-1 over Celta Vigo on Saturday.
Zinedine Zidane's side needed almost an hour to open the scoring through Alvaro Morata, who followed up after Marco Asensio was saved at close range by Sergio Alvarez. 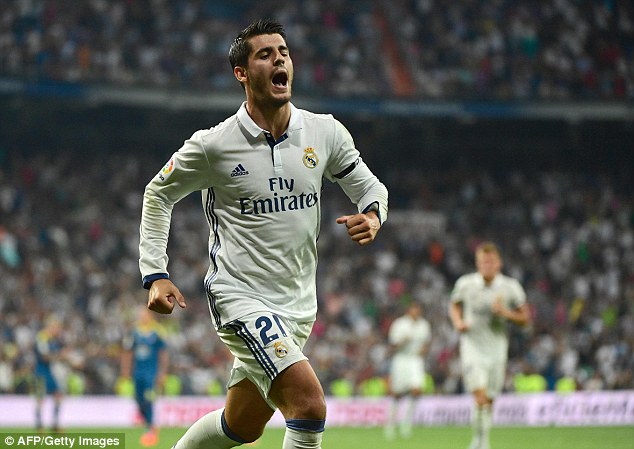 The visitors got back on level terms seven minutes later in superb style, John Guidetti picking out Fabian Orellana on the edge of the area for the midfielder to curl a fine shot beyond the despairing dive of Kiko Casilla.
Gareth Bale then missed a great chance to head Real back in front before Toni Kroos swept in what proved to be the winner with a side-footed shot from 20 yards out that crept inside the post.
For the second straight week, Atletico Madrid failed to win as they were held to a 0-0 draw at newly-promoted Leganes.
After drawing 1-1 with Alaves in their season opener, Diego Simeone's side dominated possession at the Estadio Municipal de Butarque with 63 percent but registered just three efforts on target. 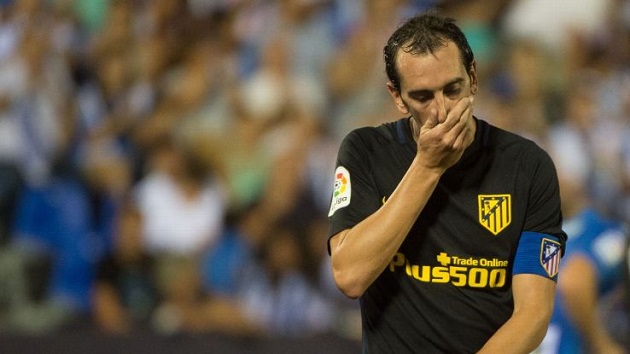 Home goalkeeper Jon Ander Serantes stopped all of those, with Antoine Griezmann frustrated by a one-handed save in the first half. Fernando Torres missed a golden opportunity to snatch a late winner when he headed straight at Serantes.
Valencia slumped to a second consecutive loss to start their La Liga campaign as they were beaten 1-0 at Eibar on Saturday. 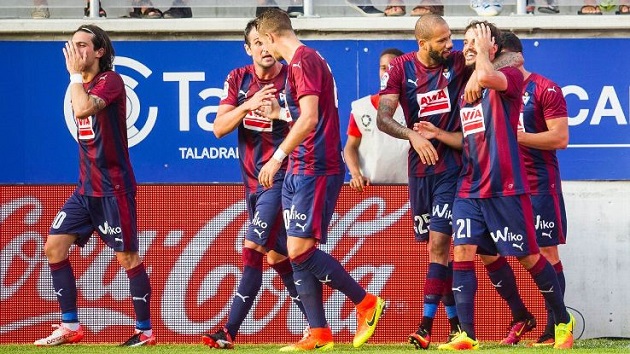 New Eibar midfielder Pedro Leon got the only goal in the 62nd minute, scoring on the rebound from his own penalty after Valencia goalkeeper Mathew Ryan blocked his initial spot kick.
Aymen Abdennour conceded the penalty after handling the ball in the area.
Valencia lost their opener to Las Palmas 4-2 last weekend, and this latest defeat comes with the club close to selling Germany defender Shkodran Mustafi to Arsenal, and Barcelona negotiating to sign striker Paco Alcacer. Neither player took part in Saturday's loss.
Real Sociedadbounced back from defeat in their opening league game with a 2-0 win over Osasuna at El Sadar Stadium.
Juanmi fired the visitors in front on the stroke of half-time and Unai Garcia's unfortunate own goal ensured La Real, beaten 3-0 by Real Madrid on the opening day of the season, took three points.

From Newbie to Digital Marketing Expe…
Amidst Crypto Decline, BTC’s Trading …
The Ultimate Winter Bucket List Accor…
How To Get From Lima To Cusco Peru {T…
I’m afraid I don’t know what I’m afra…
Follow @wolexis