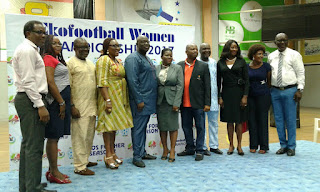 The LSFA launched the 2017 edition of Ekofootball Women Championship, tagged, LAGOS FOR HER Season 2 which is aimed at empowering and developing the girl child through the platform of football commenced with a seminar focussed at Cultivating Confidence, Self Respect and Assertiveness. 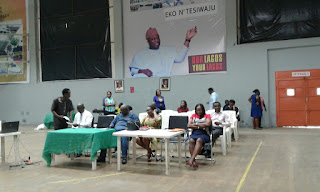 In a chat to Footyalert, the NFF 1st Vice President, Barr. Seyi Akinwunmi expressed confidence that Lagos State will do more for female football.


"The Lagos Football Association (LSFA) have decided that we shall continue to do more for female football, build and promote female football and help the Nigeria Football Federation (NFF) in that regard," Barr. Akinwunmi told Footyalert

"We are looking up to good football at the 2017 Ekofootball Women Championship 'LAGOS FOR HER Season 2'. You know Lagos State has always produced good female footballers at the national level. There are a lot of girls who were playing football in schools in Lagos State who have made it to the various national teams. We want to dominate the female football sphere.

"There's no reason why there should be parity between male and female football, you see, the is truth is that it's a commercial issue. If you go to a brand more time than not, the brand won't give you the same amount they'll give for a male competition. But i am optimistic that we shall get there. You know at some point the women weren't getting anything.  We really need as a nation to see ways we can use female football to grow the nation. 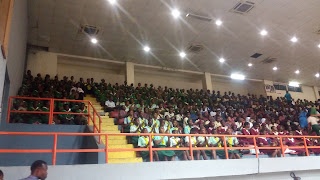 "More women are now working in mainstream football, playing in mainstream football and don't forget that the reason why we are where we are, if we look at it sociologically, before women used to stay at home, women didn't vote, women didn't go to school in fact the men were in charge but now there are many house hold today where women are the bread winners, where women earn much more than the men. Women are CEOs of multinational companies now, things have changed and in football things will change too.

"We must agree to look at football as football, yes some are men and some women but lets look at it as football. Lagos State wants to dominate so basically we are encouraged," Barr. Akinwunmi concludes.

The championship is scheduled to kick-off on the 4th of February, 2017 at the  Onikan Stadium.

Have you ever made love in front of o…
The Queens of Pop: In The Mix
It's Time To Rebuild
Pineapple juice benefits for skin
Body Positive Fat And Sexy

This post first appeared on Footyalert Sports, please read the originial post: here
People also like
Have you ever made love in front of other people?
The Queens of Pop: In The Mix
It's Time To Rebuild
Pineapple juice benefits for skin
Body Positive Fat And Sexy
GALA DALI – THE MUSE OF THE SURREALISTS
8 Things You Didn’t Know About Video Marketing For E-Commerce
Flannel Pajamas Sets Winter Home Clothes For Women Men Sleepwear Couple