Nigeria Professional Football League (NPFL) clubs will from the coming season raise youth teams for players aged 15 years and below to compete in the new NPFL Youth League. This is even as the League Management Company (LMC) declared a surplus/savings of N483 million in its operations for the 2015/16 Nigeria Professional Football League (NPFL) season.


This was contained in the financial report submitted by the Chairman of the LMC, Shehu Dikko and accepted with commendations at the Annual General Meeting (AGM) of the LMC held in Enugu on Sunday, December 11. 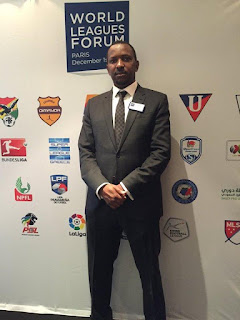 Other high points of the AGM resolution include the approval of the LMC proposal for a Youth League tournament in partnership with LaLiga that all clubs will participate in, the endorsement of a new bonus/incentives structure as proposed by the LMC, approval of the club merchandising proposal by the LMC to deploy part of the clubs’ revenue from source for payment of clubs’ jersey replicas and the election of clubs’ representatives to serve on the LMC Board.

In one of its 22 points resolutions, the AGM made up of the 20 NPFL Clubs, the Nigeria Football Federation and LMC Independent Directors, noted that it received a detailed presentation of the LMC income and expenditure report from the 2015/16 season which was approved at the 2nd AGM in Uyo, Akwa Ibom State in February, 2016. It went further to state, “the outline of expenditure report shows actual income receipts for 2016 of N2.831 million as against the N2.112 million expected guaranteed revenues and N4.817 million projected gross revenue while actual expenditure budget for year 2016 stood at N2.347 million as against budgeted expenditure of N3.260 million for the season. The financials for 2016 season therefore show a surplus/savings of N483million which has been carried over to form part of the revenues for the 2016/17 to facilitate early commencement of the season”.

On the Youth League, the AGM resolution noted, “The meeting approved LMC proposal to start a Youth League Competition for U-15 among NPFL participating clubs in association with LaLiga in furtherance of the partnership agreement between the two leagues. The league would be fashioned after the ‘LaLiga Promisas’ with Laliga serving as technical partners”

Clubs are expected to employ young coaches for the Youth teams and in line with the collaboration with Laliga, the Spanish league will provide Technical assistance by sending coaches who will train the Youth team coaches before the start of the league.

Build a team you can create endless income with

“The meeting approved with enthusiasm, the club merchandising proposal by the LMC Board to pay part of the funds due to clubs in kind through the supply of clubs official replica jerseys. The clubs are to sell the replicas to fans recoup the money and also drive passion in club supporters. The meeting noted this scheme would jumpstart and open club merchandising market and create new revenue streams for the clubs”.

The newly elected Directors to represent the clubs on the LMC Board are Paul Bassey of Akwa United, Chief Emeka Inyama of Abia Warriors, Mike Idoko of Lobi Stars, Emmanuel Aiyeyun of MFM, Alhaji Danarewa Kurfi of Katsina United and Alhaji Isa Musa Matori of Wikki Tourists. Their election is in line with article 13 and 14 of the LMC Governance structure