Rohr: Nothing is won yet

Super Eagles’ Technical Adviser, Gernot Rohr on Saturday declared that the celebrations should be put on hold as there are still more matches to play in the 2018 FIFA World Cup qualifying race.
The Franco-German spoke at the post match press conference, after his charges dismantled Algeria’s Fennecs 3-1 at the Godswill Akpabio International Stadium, Uyo.
In the same pragmatic manner he reacted after the win over Zambia in Ndola last month, Rohr said: “We played a good match and got three points, but I want to say that there are more matches to play and we have to keep our focus.” 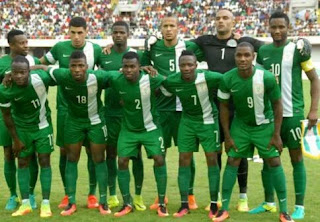 Nigeria look solid at the top of Group B with six points, with second –placed Cameroon, which Nigeria next play in August 2017, four points behind.
“We have a friendly against Egypt in Dubai in January, which will enable me to look at the home –based players, but I will continue to monitor the Europe –based players and we will see how we get matches for them on FIFA free dates.”
The win earned Rohr, who was signed on by Nigeria August this year, three wins out of three matches.
“I praise the players for their spirit, for their dedication and for their discipline. They all did very well and I am happy at their output.”

How to Create a Winning Black Friday …
The Whales of the Crypto Tides: a Pro…
Best Story-Rich Games on PC: November…
15 Steps of On Page SEO Optimization …
Aspen Ruggerfest and Sun Sets in Snow…

Rohr: Nothing is won yet