Amobi: Rangers Have The Mental Strength To Be NPFL Champions

Enugu Rangers Team Manager, Amobi Ezeaku has revealed that the Flying Antelopes do have the mental strength to drive home the club's philosophy. 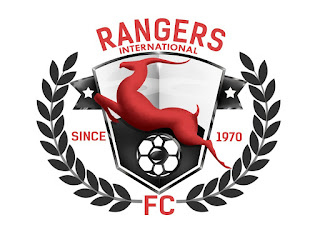 Now tied on 54 points with Wikki Tourist at the top of the Nigeria Professional Football League (NPFL)  table after struggling MFM FC lost by a lone goal to the Flying Antelopes in a rescheduled match at the Nnamdi Azikiwe stadium, Enugu on Thursday.

Amobi Ezeaku calmly stated after the win in Enugu that the match with the Olukoya Boys wasn't an easy win but noted that his team will continue to work harder as they hope to achieve their set targets.

" It wasn't an easy win but we bless God that we won eventually. We would keep striving. We would continue to work on our physical nature and mentality. In the end, we hope to get our goals achieved,"Amobi told Footyalert

"We are mentally prepared but we wouldn't say that we've attained the level of mentality we desire. I know however that whatever mentality we've at the moment would be able to drive home the philosophy of the team. I believe in the hard work and the level of God's grace that abound within our fold.

How To Find Your Purpose And Passion …
Calm by Wellness CBD Review
Ethereum Revives- Good Chances to Tou…
How To Get From Lima To Cusco Peru {T…
When will the fun start?

Amobi: Rangers Have The Mental Strength To Be NPFL Champions