ExWHUemployee has claimed that FC Basel forward Albian Ajeti is keen to join West Ham, but two clubs have actually offered more money than the Hammers for the Swiss ace.

The 22-year-old forward is believed to be a target for Manuel Pellegrini, with the Chilean keen to beef up his attacking options ahead of the new season.

Ajeti has been in fine form over the past two seasons, racking up 43 goals and 21 assists in 96 appearances for Basel. 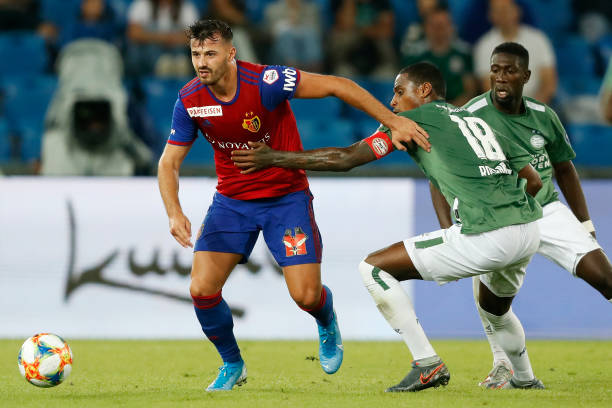 And he could be a really useful addition for West Ham.

ExWHUemployee has claimed that the east London outfit could have their work cut-out, however, if they want to bring the Switzerland international to the London Stadium.

The well-informed club insider suggested that two unnamed clubs are prepared to pay more money than West Ham for Ajeti:

A championship side and one other have offered more than us and met the asking fee but the player wants to join us https://t.co/miRXenniJt

It seems as though West Ham might just need to pay up, if they want to bring the Swiss forward to east London this summer.

He is a real talent. And he could go on to become a star for the Hammers.

So it would be a shame to miss out on him, especially if it is to a Championship club.