Team-by-team breakdown & analysis for my fantasy baseball draft on 4/6/13: 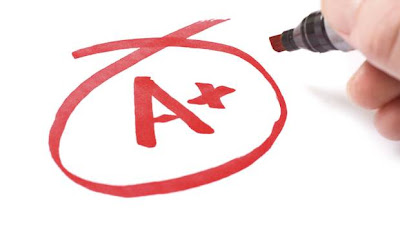 Best pick: Carl Crawford (Round 9)
I see Crawford having a good (not great) year in Los Angeles. He will bounce back nicely from a rough stretch in Boston and serve as a solid outfield option for this team, easily out-producing his draft position.
Worst pick: Aroldis Chapman (Round 4)
I love Aroldis Chapman's potential, and if this were a real baseball team (not fantasy) I'd take him for my team in a heartbeat. He will be great for K's and Saves, but in a league with no K/9 category, he is not worth a 4th round pick.
Overall Grade: B-
Some great picks mixed in with some not so great picks. Mike Trout should be a huge piece of the offense along with Jose Reyes, but too much pitching in the early rounds left this team without much else on offense. As for the pitching, they have a few quality arms in Gonzalez, Weaver and Shields, but they will need Andy Pettitte to have a lot more games like his first of the season in order to be successful.

I've been preaching about a strong season from Utley for awhile now. Hopefully you caught on and grabbed him for your team. He has made me look good so far through 5 games with 1 HR, 7 RBI, 4 Runs and 1 SB. Easily could end up helping this team make playoffs.

I like Allen Craig, but I think he could have gone a round later. I like Paul Goldschmidt, Jay Bruce and Austin Jackson better than Craig in the fifth.

This roster is filled with a lot of injured players to start out the season. This team might struggle out of the gate, but they will be stronger as the season goes on. The offense will be fine with Cabrera carrying the team most weeks. I really didn't like the addition of two pitchers in the first three rounds for this team. Not to knock on Cain or Bumgarner, who are both great pitchers. Just a personal preference of waiting on pitching.

Best pick: Dustin Pedroia (Round 3)
Pedroia was typically taken in the third round of drafts this off-season, so it's not like they stole him here. To put it simply, I believe he will be having a big season, possibly performing as a 1st rounder.
Worst pick: Derek Jeter (Round 11)
I don't see the point in backing up Elvis Andrus with a worse offensive player (and older) at this point in their respective careers. Especially when some solid pitchers went in Round 11. With their biggest mistake coming in the 11th round, this team should have a big season.
Overall Grade: A
Outside of the Jeter pick, this team drafted offense early and often, and filled out the roster with quality pitchers who have upside. Never really reaching for a player, but staying true to where they would typically land.
Best work: Andre Ethier (Round 13)
Ethier is a streaky player, who can put up good numbers when healthy. He has the potential to easily out-perform his 13th round draft status.
Worst pick: Hanley Ramirez (Round 4)
Hanley would be a steal in the 4th, if he wasn't expected to miss the first 7-8 weeks of the season (with a late May return). I was stunned by the pick and so were several other managers as they voiced their shock by the pick.
Overall Grade: D+
This team made a huge mistake grabbing Hanley as early as they did, seeing as they could have drafted him 2-3 rounds later easily (maybe even further back). Hanley will produce once healthy, but that won't be until late-May, possibly even later. Offensively this team will struggle greatly. They will need Machado, Werth and Dunn to have big seasons. The early selections of relief pitchers (Round 5 & 9) also was a bit questionable when they had bigger needs.

Best pick: Chase Headley (Round 10)
Headley is hurt, but he is expected to return in the beginning of May. Getting a starting third baseman, who can produce with the best at his position, in the 10th round can't be seen as anything other than a steal.
Worst pick: Melky Cabrera (Round 11)
Having already drafted so much offense and with Cabrera being a question mark in terms of production (see: steroids), pitching should have been the pick here. Matt Harvey, Jake Peavy and Josh Johnson were all available, and would have been far better choices.
Overall Grade: B
This team went quantity over quality for pitching, which could come back to haunt them. They will need to hit on at least 2 of their pitchers from rounds 19-23. I don't see many teams competing with them offensively.
Best pick: A.J. Burnett (Round 17)
Only because it's hard to find anything else of any value. Burnett did have a solid year in Pittsburgh last year, and started off this season with a 10 K performance.
Worst pick: Your choice of picks Rounds 4-9
Joe Nathan, Jim Johnson, Segio Romo, Jonathan Papelbon, Fernando Rodney and J.J.Putz. Clearly this team put a HUGE emphasis on the Saves category (and possibly K's). Outside of those categories, I don't think this team will win many head-to-head match ups this season.
Overall Grade: F
Was this team serious with their draft plan? Rounds 4-9 have me scratching my head. This team can say one thing for sure, they will win saves every week. Outside of the saves category, I don't see them winning much else.

Samardzija finally had his big breakout season as a starter last season. He's been dominant in his two starts this season, and I'm expecting this to continue throughout the season. The wins might not always be there with the Cubs, but he will rack up the strikeouts at ease.

There were players still left on the board that I personally would have chosen over Choo (Michael Bourn, and Torii Hunter). I like Choo, I just don't like when he was taken.

This team has a great balance between offense and pitching and I see them competing for the championship barring catastrophic injuries.


Best pick: Alex Gordon (Round 10)
Over the last two seasons, Gordon has finally begun living up to the expectations  I see him continuing his progression with his first 20 HR - 20 SB season.
Worst pick: Edwin Encarnacion (Round 4)

Encarnacion  has been an slightly above average offensive player in his career. He broke out for his best year   last season (his 9th), and I just don't buy it. I think he will revert back to old form, as I don't see him hitting another 42 HR in 152 Hits... an unsustainable rate.

Overall Grade: C+
Too many players selected from the Toronto Blue Jays (Bautista, Encarnacion, Dickey). If you read my A.L. East Predictions & Preview post, you know I'm not particularly high on the Blue Jays this year.
Best pick(s): Matt Harvey (Round 11) & Will Middlebrooks (Round 15)

Matt Harvey was a hot value pick this off-season, and he has started off the season by delivering on that potential. I like Harvey to put up big numbers, but he will be on an innings limit which could hurt his value later on in the season. As for Middlebrooks, he was in my Best Value by Position post and as I'm typing this (4/7), he's 4-5 with 3 HR and 4 RBI.
Worst pick: Ian Desmond (Round 5)

I don't buy into the power output from Desmond last year. I think as a 7th round pick, he would have been great, but he won't produce at a 5th round value.
Overall Grade: B+

This team had a solid draft and could be in for a big season if Desmond can prove me wrong and both Lincecum and Lester can rebound from lackluster 2012 seasons. So far Lester has looked great, whereas the jury is still out on Lincecum