Why write a book? 10 global authors give reasons to write 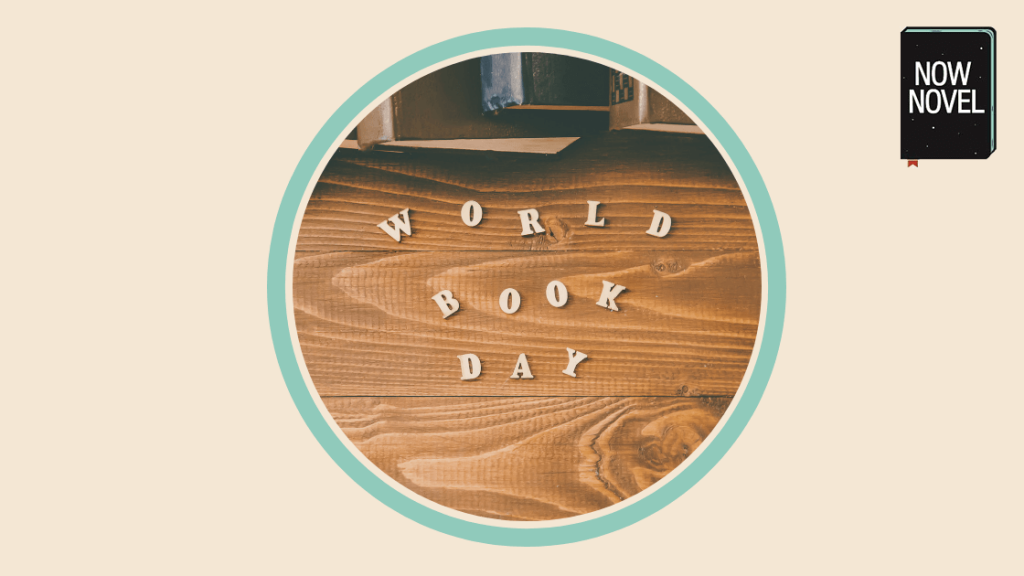 Why Write a book? It’s a question authors are asked time and again (or more simply, ‘Why do you write?’).

In honour of World Book and Copyright Day – UNESCO’s initiative to promote reading, publishing, and access to books – we’re sharing international authors’ words on the value of writing:

Why write a book? Write to:

In an interview with Pam Houston for Oprah Magazine, Nobel Laureate Toni Morrison describes writing as ‘being called’ by something bigger than oneself. She describes how she’s better able to empathise with others and understand common ground when she’s writing, Morrison says:

There are all sorts of ways people try to stay connected, try not to live in hate. Religion may be one of them, but for me the central thing is the writing. The art itself. Putting my intelligence and my humanity to the best possible use, and I get better because I am doing it. The writing teaches me that I can’t just reach some little plateau and say that’s it, this is the place. It is always a search.

Colombian author Gabriel García Márquez is famous for novels such as Cien años de soledad (One Hundred Years of Solitude) that brim with vivid characters. Márquez shared his thoughts with the Paris Review on writing in 1981 (excerpted by Lithub here):

[T]he tone that I eventually used in One Hundred Years of Solitude […] was based on the way my grandmother used to tell her stories. She told things that sounded supernatural and fantastic, but she told them with complete naturalness. When I finally discovered the tone I had to use, I sat down for eighteen months and worked every day. . . .

In previous attempts to write One Hundred Years of Solitude, I tried to tell the story without believing in it. I discovered that what I had to do was believe in them myself and write them with the same expression with which my grandmother told them: with a brick face.

They’re as good reasons to write a book as good as any – to learn what you believe, what you want to say, and how you could say it.

The late Nigerian author Chinua Achebe shared powerful words on the value of ‘representation’ – of stories being true to diverse points of view – in a 1994 interview with The Paris Review:

When I began going to school and learned to read, I encountered stories of other people and other lands. In one of my essays, I remember the kind of things that fascinated me. Weird things, even, about a wizard who lived in Africa and went to China to find a lamp . . . Fascinating to me because they were about things remote, and almost ethereal.

Then I grew older and began to read about adventures in which I didn’t know that I was supposed to be on the side of those savages who were encountered by the good white man. I instinctively took sides with the white people. They were fine! They were excellent. They were intelligent. The others were not . . . they were stupid and ugly. That was the way I was introduced to the danger of not having your own stories. There is that great proverb—that until the lions have their own historians, the history of the hunt will always glorify the hunter. 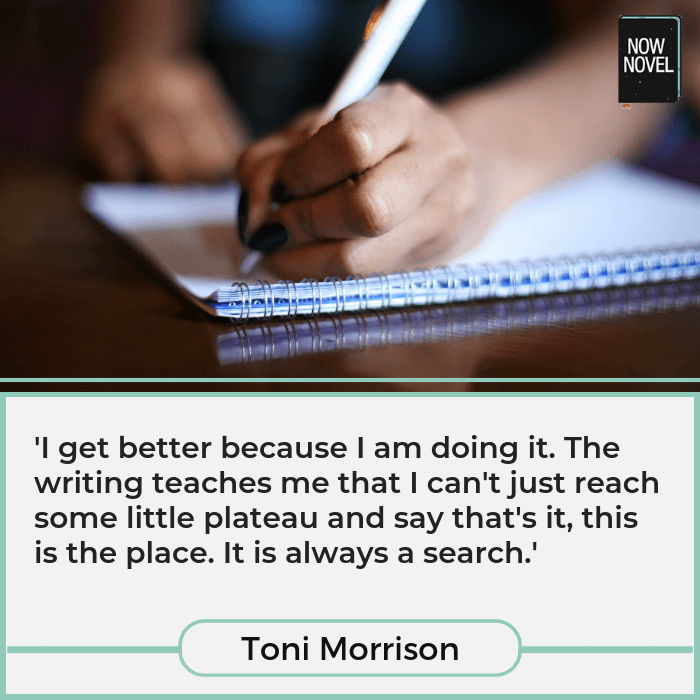 Why write a book based only on what you know? This is the view author Kazuo Ishiguro shares in an interview for ShortList discussing, among other things, the value of imagination and fantasy:

‘Write about what you know’ is the most stupid thing I’ve heard. It encourages people to write a dull autobiography. It’s the reverse of firing the imagination and potential of writers.

Ishiguro makes a good case for not restricting yourself to personal experience as a source of inspiration. A case for writing to discover all the things you can imagine.

In an interview with the Virginia Quarterly Review, Canadian Nobel Laureate and short story write Alice Munro gives an interesting perspective on how authors use writing to process difficult experiences, memories, and limits of subjective perception.

Munro says the following when asked whether we keep repeating things that are difficult until they’re worked through:

But what does “work through” mean? It means that they don’t hurt anymore? That you’ve thought them through and have what you think is a fair idea of what was going on? But you never write about that. You have children. When they write their story of their childhood, it’s still going to be just their story, and the “you” in it is going to be a “you” that you maybe wouldn’t recognize. And this is why I think you have to acknowledge that the story that makes the most honorable effort is still not going to get at everybody’s truth. But the effort is worthy.

In an interview for the Spanish TV show A Fondo that Lithub excerpts in English translation here, Argentine author Jorge Luis Borges shares his thoughts on the task of the writer:

7. Develop your skill and a rewarding habit

Developing your skill – training to write better, more effectively – is a good reason to write a book, play, or short story. The Australian author Peter Carey gave this advice to NaNoWriMo hopefuls in an open letter:

You do not need anything as fancy as inspiration, just this steady habit of writing regularly even when you’re sick or sad or dull. Nothing must stop you, not even your beloved children. If you have kids you do what Toni Morrison did—write in the hours before they wake. If you wish to be a like the champion who swims for four hours every day of the year, you will need extraordinary will. You either have this or you don’t, but you won’t know unless you try. 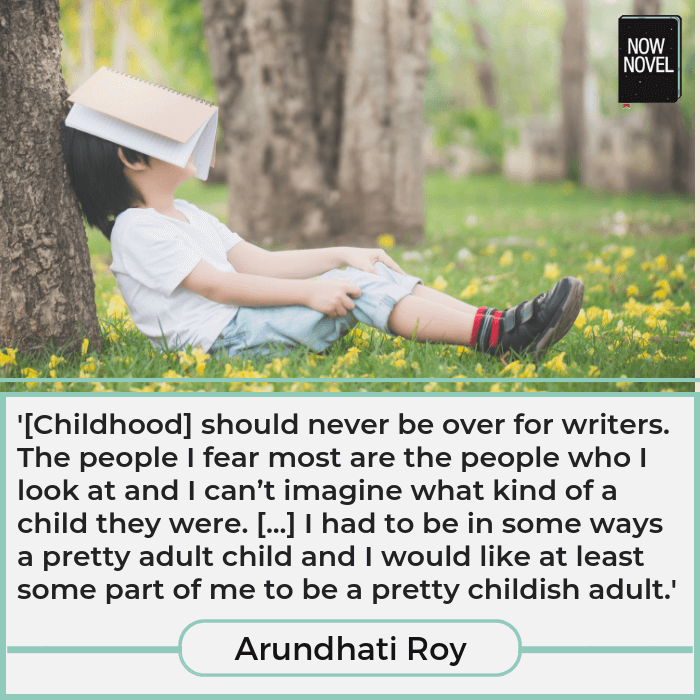 The Italian author and journalist Italo Calvino’s short stories and novels are full of play and experiment. It’s fitting then that Calvino shared this idea in a 1983 lecture: Attempting to explore, uncover, investigate what seems ‘impossible’ is a worthwhile process in fiction writing:

… most of the books I have written and those I intend to write originate from the thought that it will be impossible for me to write a book of that kind: when I have convinced myself that such a book is completely beyond my capacities of temperament or skill, I sit down and start writing it.

9. Continue a valuable yet marginal activity

Why write books? South African Nobel Laureate J.M. Coetzee has always been reluctant to answer questions such as these with any kind of sweeping pronouncement. The sense being, perhaps, to let his stories themselves speak for themselves, express his ideas and preoccupations.

Coetzee spoke in a 2000 interview about the importance of valuing writing in a modern age when there is so much media competing for our focus:

Speaking now, at the turn of this century, there is a sense in which all writers are underrated, or not read enough or about not to be read enough. We are, dare I say it, moving into or have already moved into a phase of history or post-history where the idea that writers are important has begun to seem a slightly odd or old-fashioned idea.
So I think that rather than say ‘Writer X’ or ‘Writer Y’ is in my opinion underrated, I think that, more seriously, writing in general is becoming underrated.

The Indian author Arundhati Roy is known for her fearless activism about environmental and social issues as well as her poetic novels. So her response to the sombre interview question ‘When did you know your childhood was over?’ was all the more interesting:

It’s not over yet! It should never be over for writers. The people I fear most are the people who I look at and I can’t imagine what kind of a child they were. Because of the circumstances in which I was born and how I lived, I had to be in some ways a pretty adult child and I would like at least some part of me to be a pretty childish adult.

Arundhati Roy, ‘Arundhati Roy: ‘The point of the writer is to be unpopular’, The Guardian

What made you first start to write? Share in the comments below.

Get help developing your story into a finished book.

The post Why write a book? 10 global authors give reasons to write appeared first on Now Novel.

Why write a book? 10 global authors give reasons to write