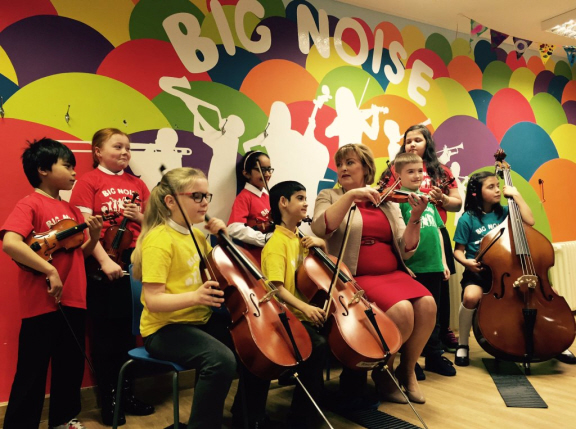 The Scottish Government has said raising attainment is a key priority.

Education conveners from 28 local authorities, which run schools, will debate the issue at the meeting hosted by council umbrella body Cosla.

They are expected to focus on how money resulting from council tax changes will be spent.

The government wants the £100m this is expected to raise handed to headteachers to spend directly on their schools - specifically on schemes to help raise attainment and close the gap between how well youngsters from relatively rich and poor backgrounds do.

Some in local government want to ensure councils retain the freedom to decide for themselves just how much they need to spend on education and would want to automatically retain all the extra money from the council tax changes.
Attainment fund

Critics also fear that the government could, in effect, decide to put the money into a national pot to redistribute back to councils or individual schools. Some areas would receive more or less than they would have raised locally.

Some councils would react furiously to any attempt by central government to take the money from them or dictate just how it would be spent.

No decisions have been taken yet by the Scottish government although it has made it clear it wants all the extra money spent on education.

The issue is likely to come up during the talks between councillors and the government over next year's funding package.

On Monday, Education Secretary John Swinney told BBC Scotland there were "detailed arrangements to be discussed with local government" on future changes.

He explained: "We made clear in our election manifesto that we would change some of the aspects of council collection, to expand the bands and increase some of the thresholds and that would generate £100m which we would invest in the attainment fund."