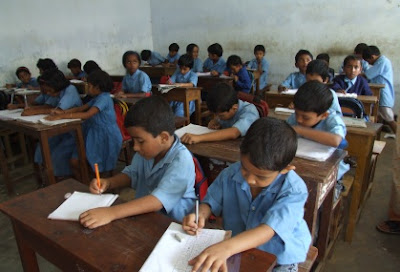 The extensive media coverage of the 25th anniversary of the launch of economic reforms had brought to light some unknown facts thanks to the personal accounts of key players.

It is apposite to narrate yet another untold story: the unintended and decisive impetus that the 1991 reforms gave to India’s quest for universal elementary education (UEE). India was home to a third of the world’s out-of-school children in 1993, and to a 0.3 per cent in 2010 when the Right of Children to Free and Compulsory Education Act, 2009, (RTE Act) came into force.

The remarkable turnaround was due to the District Primary Education Programme (DPEP) and its progeny, the Sarva Shiksha Abhiyan (SSA).

DPEP was developed in 1992 and predominantly funded by the World Bank, European Community and Britain’s Overseas Development Agency.

SSA, launched in 2001, was predominantly domestically funded thanks to the remarkable enhancement of the fiscal capacity of the Indian government because of economic reforms.

DPEP covered about half the districts of India and, with a programme outlay of $2.4 billion, was the largest education programme of the country till overtaken by SSA.The conventional strategy for UEE focused on expansion of the school system, construction of school buildings and organising school enrolment drives once in a while. In 1966, the Kothari Commission had recommended that each district should prepare and implement a perspective plan for achieving UEE.

However, till 1992, it remained an idea whose time had not come. The Total Literacy Campaigns caught the nation’s attention in 1990. The success of quite a few districts in becoming ‘totally literate’ imparted a new thrust to UEE as it was realised that the success would be a nine-day wonder if an inadequate schooling system spawned year after year a new brood of illiterates.

That success also gave rise subliminally to the question why the District-based strategy that made many districts ‘fully literate’ cannot be applied to elementary education. By November 1991, ministry of human resource development (HRD) veered round the idea that district planning should be the main plank of the Eighth Five-Year Plan strategy for universalising elementary education.

Resource availability was so grim that the HRD ministry’s budget was cut not only for development programmes but also for maintenance expenditure to meet dayto-day running expenses of universities and other institutions.

When the idea of district planning was being given up as a hopeless dream, the unexpected struck. In May 1992, the HRD ministry was informed that the World Bank was insisting on a social safety net (SSN) loan be accepted as a condition for financing the National Renewal Fund (NRF).

The NRF’s creation was announced in the finance minister’s July 1991Budget speech and was designed to alleviate the problems of workers who might be affected by the restructuring of industry. The SSN loan was a fast disbursing credit that would provide balance of payment support.

The counterpart rupee funds were to be used to restore the budgetary cuts as well as to finance existing programmes or start new ones in elementary education, basic rural health, family welfare and child development.

GoI’s response was a Committee of Secretaries whittling down the conditionalities so much that they amounted to no more than the government implementing what it had already announced it would in these social sectors.

The resources available for education from the SSN loan were used to develop district plans that could be posed to the World Bank for funding. The decision to avail funding for elementary education was not taken under pressure from the Bank, but after a long dialogue with it from 1987.

Also, World Bank president Barber Conable assured Prime Minister V P Singh that the Bank considered ownership and capacity building to be essential for project effectiveness and sustainability, and was willing to be as flexible as New Delhi considered necessary.

Further, in March 1991, the Central Advisory Board of Education (Cabe) comprising state education minsters and experts laid down the parameters for accessing external funding for education that specified that externally funded projects must be in total conformity with national policies, strategies and programmes.

The manner in which the DPEP meticulously adhered to Cabe parameters, addressed the multifarious challenges in adhering to them, and introduced many practices commended by the Paris Declaration on Aid Effectiveness, 2005, is a long saga.

Some hold the view that while poverty has declined significantly since 1991, inequality in access to education has increased as quality of the public education system has suffered. It would be more accurate to say that while the infrastructure and facilities of government schools have improved substantially, the learning outcomes have not.