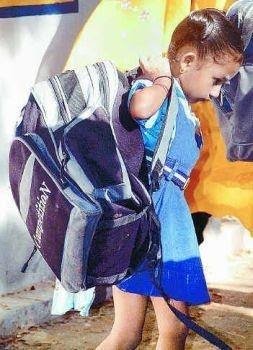 Hyderabad: Calling the draft new Education policy as 'directionless', the Jamaat-e-Islami Hind, Telangana and Odisha (JIHTO) on Thursday accused the Centre of trying to resuscitate a "dead language" even as the socio-religious organisation demanded that it be rewritten with a fresh panel of experts.

Addressing a gathering of media persons at Hotel Harsha in Nampally, JIHTO president Hamid Mohammed Khan criticised the government for giving "a lot of weight" to Sanskrit. "They have made Sanskrit an optional subject. It appears to us that they have given it extra weightage. Sanskrit is a dead language. Nobody speaks it. The government is trying to resuscitate this language," Khan claimed.

The JIHTO also claimed that the draft new education policy seeks to water down the Right to Education Act of 2009. In this connection, Khan said that the government, by means of the draft policy, is trying to force minority educational institutions to reserve 25 per cent seats for students who do not belong to minority groups or communities. "It raises questions about reserving 25 per cent seats for minorities in non-minority schools but wants 25 per cent reservations for non-minority students in minority schools. This is injustice. Muslims are backward. They are away from education and need seats," he said.Describing yoga as a practice deeply rooted in Hindu mythology, Khan raised strong objections to its introduction in the draft new education policy. "They are saying that for schools which do not have grounds, yoga can be done indoors. According to stipulations, a high school should be constructed on a six acre land parcel. Yoga isn't just an exercise, it is a polytheistic practice. Slokas being recited while yoga is practiced are also polytheistic in nature," he claimed.


Khan termed the introduction of yoga as a 'conspiracy', he said: "Surya namaskar is an un-Islamic practice. The sun and the moon are creations. Muslims worship the creator. The introduction of yoga is to marginalise Muslim students. This is not democratic."Khan claimed that sex education is being renamed as 'adolescent education' in the draft policy. Sex education, he claimed, is against Indian culture and values.

The Bharatiya Janata Party (BJP) has brought about a saffronisation of education, the JIHTO president said. "Education from class I to X has been saffronised. It is higher education which is posing a problem for them. The Jawaharlal Nehru University (JNU) and University of Hyderabad (UoH) issues are fresh. The students in these varsities have an atmosphere conducive to unbridled learning," he added. The policy also seeks to undermine student activism, he shared.