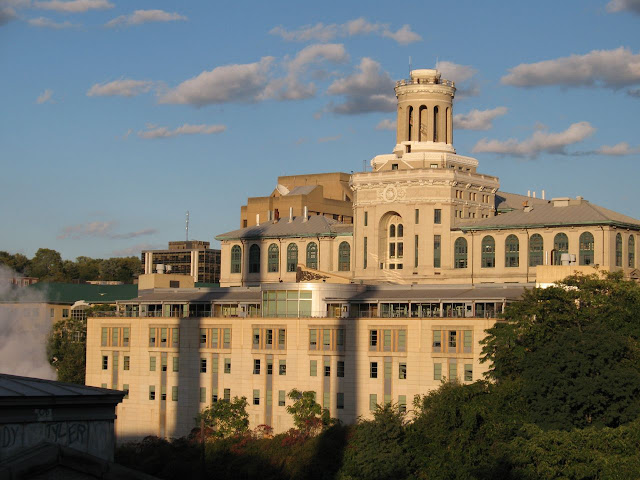 Twice on either side of 1900, Jamsetji Tata traveled to the United States, looking for technologies that would put steel in India's industrial frame.

In America, Andrew Carnegie had "been there, done that" with regards to steel and was divesting some of his fortune into philanthropy, endowing $1 million for a technology school that would eventually become Carnegie Mellon University (CMU). But Tata had already beaten Carnegie on that front, pledging half his wealth (200,000 pounds) in 1893 for an educational endowment that would lead to the setting up of the Indian Institute of Science (IISc).

This week, the two hoary industrial-philanthropic contemporaries are again on the same page with the contribution from Tata Consultancy Services (TCS) of a $35 million gift to Carnegie Mellon University, described as the largest corporate gift to CMU, and the biggest from outside the United States. The donation will fund a new facility, the Tata Consultancy Services Building, which will support education and cutting-edge research by CMU faculty and students, and will also endow Presidential Fellowships and Scholarships, increasing the availability of a CMU education to outstanding students, the two entities announced on Tuesday.

CMU's ties with India and Tata entities have spanned through the century from the time the two titans engaged on steel, leading to the setting up of Tata Steel and Jamshedpur. The University, which already has a billion dollar endowment, is currently headed by Subra Suresh, a former dean of Engineering at MIT, who then was appointed to lead the National Science Foundation, before he moved to Pittsburgh to take charge of CMU.

Year after year, CMU has been named the world's best institution for computer science studies, counting among its alumni half dozen Nobel Laureates, including John Nash, the recently-deceased mathematician who was subject of the Hollywood movie 'A Beautiful Mind'. It also produced eminent techheads such as Vinod Khosla and Andy Bechtolsheim, who co-founded Sun Microsystems. The university is so deeply associated with advances in computer science that the fictional Dr Vaseekaran in Rajnikant's Robot opus was affiliated to CMU.

Such ties appear to have led to a gift that may have some people questioning the need for at a time India itself seeks funds for education. Part of the strategy also appears to be aimed at countering the impression that Indian IT companies are merely body shops sucking up American jobs and feeding of the US economy.

"TCS is proud to invest in this landmark partnership with CMU to promote market-driven innovation and accelerate advancements in technology," TCS CEO Natarajan Chandrasekaran said while announcing the gift, explaining the rationale for the gift. "As global leaders, Carnegie Mellon and TCS have the intellectual power, creativity, institutional nimbleness, and global reach to capitalize on new opportunities and have a lasting impact on society and industry through cutting-edge digital research and a long-term commitment to education."

"With our shared commitment to education and research in areas that help address many challenges of our time, TCS' support of Carnegie Mellon is both natural and extraordinarily promising," agreed Carnegie Mellon president Subra Suresh. "Together, our two organizations have the capabilities to make breakthrough discoveries and the capacity to make societal impact on a global scale."

Indeed, TCS, which is present in several US states, has ramped up presence in the Pittsburgh region, leading Pennsylvania governor Tom Wolf to join the welcome party. "I'm very pleased to welcome TCS to Pennsylvania," said Wolf. "This is an exciting time as we see more and more companies establish and expand their presence in the state. CMU has been especially adept in attracting cutting-edge businesses to and near its campus, which helps to drive economic growth."

Among the nation's major research universities, Carnegie Mellon ranks first in startups per research dollar, according to the Association of University Technology Managers. Since 2008, CMU faculty, students and alumni have created 215 new companies.

At 40,000 sq feet, the new Tata Consultancy Services Building funded by the gift will house state-of-the-art facilities, providing collaborative spaces for the CMU community. The building will also provide space for TCS staff to interact with CMU faculty, staff and students.

How to Develop an Educational App?
5 SEO WordPress Plugins
Step-by-Step Guide on Creating the Ul…