Liverpool have lost at home by more than a one-goal margin for the first time in a competitive game under Jurgen Klopp.

The Reds were stunned last night as they were beaten 2-0 by Atalanta in the Champions League – a surprise result considering they only recently won the away fixture 5-0.

Flying Carpenter Ants!
How to Organize a Blog Post and Struc…
Sex on Your Period – Reasons to Do It
7 Techniques for Bitcoin Beginners
Step-by-Step Guide on Creating the Ul…

According to Opta Joe, this represents an unwanted first for Liverpool under Klopp, with this representing the German tactician’s heaviest home defeat in 137 matches…

2 – Liverpool lost a competitive home match by a margin of more than one goal for the first time in 137 matches at Anfield under Jürgen Klopp, with this their heaviest such defeat since August 2015 in the Premier League against West Ham under Brendan Rodgers (0-3). Anomaly. pic.twitter.com/78YKokJE9A 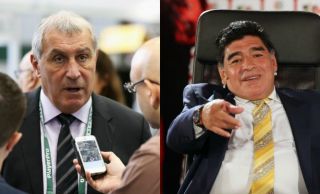 It’s quite remarkable how good Liverpool have been at home under Klopp, with the Merseyside giants still on a long unbeaten run at Anfield in the Premier League.

The last time they lost by more than a one-goal margin was a 3-0 home defeat to West Ham all the way back in 2015 when Brendan Rodgers was still in charge.

LFC fans are not used to results like this, but with all their recent injuries it’s perhaps unsurprising that they’ve struggled to look quite as solid as they did last season.