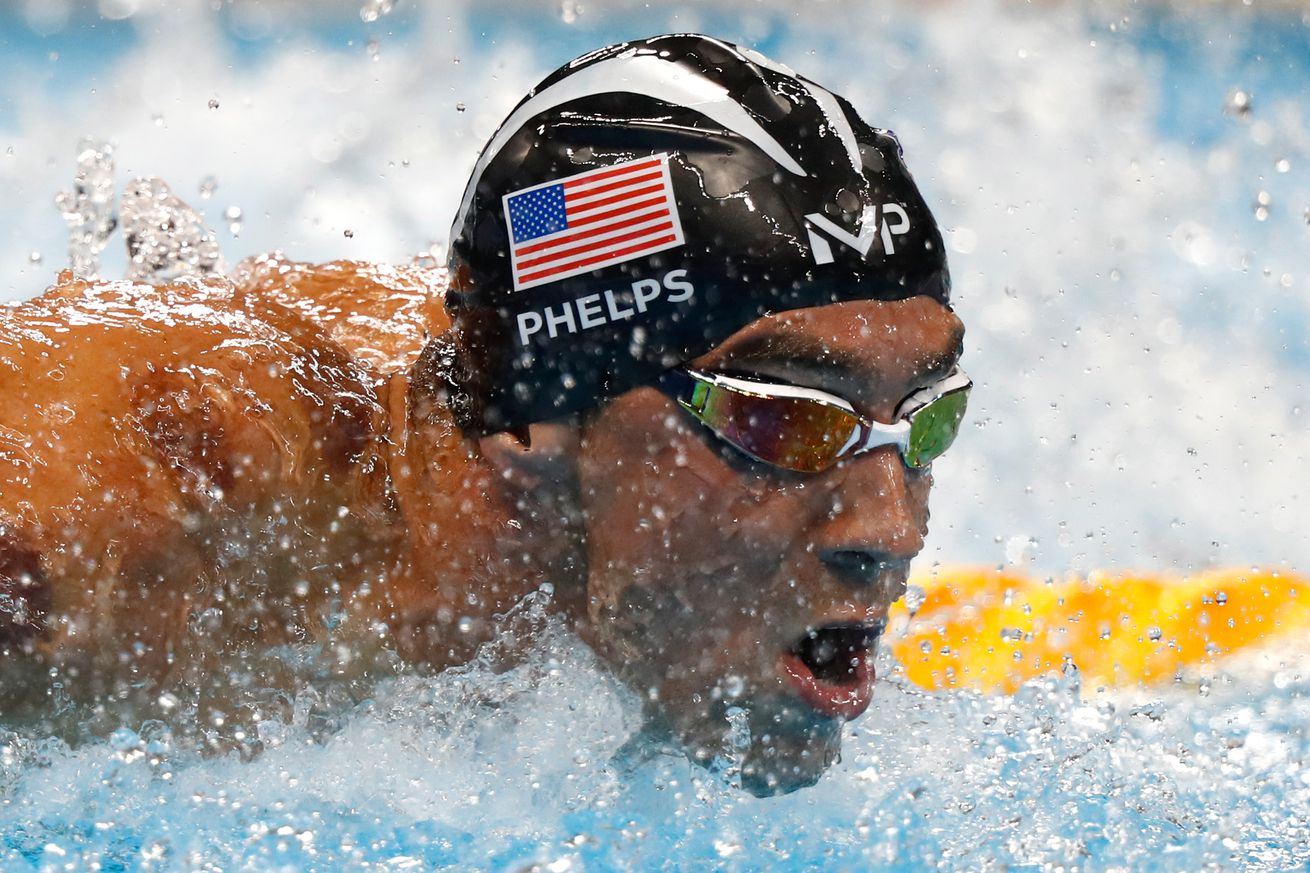 Tanner Farmer doesn’t have a self-esteem problem, Tyron Lue’s jersey is back in the news, and I’m wonder if you’re going to start cupping.

Farmer drew praise for his physical play and toughness, something Nebraska offensive line coach Mike Cavanaugh had been stressing for his front five.

This is a nice, long article on Tanner Farmer. He doesn’t seem to have any self-esteem problems and for a guy who hasn’t seen the field yet he has pretty lofty goals. He wants to win All-Big Ten honors this season, despite the fact that it takes at least a year for media to notice lineman, and he wants to win the Outland.

I like this guy. I hope he is a destroyer of defensive linemen and linebackers.

Jordan Larson made her presence felt in the United States' opening match victory in the 2016 Olympics in Rio de Janeiro. The Nebraska Cornhuskers have three players on the national team -- Larson, Kelsey Robinson and Kayla Banwarth -- accounting for 25 percent of the 12-member roster.

How about retiring Lue’s jersey, so when Miles takes recruits into Pinnacle Bank Arena, the prospects see it and exclaim, “Wow, I had no idea LeBron James’ coach played at Nebraska!”

I congratulate Barfy on making a controversy where one did not exist before. One might think this is still sour grape-spewing after Eichorst didn’t grant him an interview early on.

Does Lue’s jersey retirement make a difference in recruiting? I suppose every little thing helps, but it isn’t a make or break deal for the program. Nebraska, Miles, need to win games this year. And Nebraska needs to stop being a program where basketball coaches’ careers go to die.

In case you missed it, we had a debate about whether Lue’s jersey should be retired earlier in the year. You can debate it again if you like. Comments are welcome.

How Nike and the 'blur offense' have Scott Frost confident in a UCF power surge - CBSSports.com

On that point, Frost has to address the 800-pound Husker in the room. There are legions of Nebraska fans who believe this is merely a starter job before their native son comes home.

"When the [Nebraska] job was open a couple of years, I didn't even get a phone call," he said dryly. "My mind is here. There's no part of me that is thinking about doing anything to get another job.

Is this a big deal to anyone?

The Denver Broncos released the team’s first depth chart of the season and a familiar name has made the list. Former Husker fullback Andy Janovich is the only rookie on the first team. He is listed ahead of veteran Juwan Thompson.

I wish Andy the best of luck in this coming NFL season.

Key to the season.

Shatel: Mike Riley gives fans plenty to like off the field, hope that things are improving on it | Football | omaha.com

It’s only been 20 months. But off the field, Riley is the best CEO for Nebraska football since Tom Osborne. And it’s not close.

Nice article by Shatel. Wish I’d thought of it.

Terran Petteway announced Friday that he has signed with Pistoia Basket in the Italian Serie A League for the upcoming season.

Here’s another approach the Nebraska staff is taking toward tackling to keep players like Gerry in the game — and also to help limit the yards after contact and big plays that plagued the Blackshirts last season.

Wouldn’t you love to be an offensive player right now? The defense can’t be nearly as intimidating as they used to be. You should be breaking tackles everywhere, all the time.

Maryland football can’t be worse at QB. But how much better can it be? - Testudo Times

Previewing Maryland's quarterbacks ahead of this 2016 football season.

Ohio State has some of the best QB depth not just this year, but for the future as well - Land-Grant Holy Land

Not just for this season, but potentially for years to come.

The 2017 Season begins today for Gopher Football. Practice number one is today and the season is officially underway. This season the Gophers have pretty high expectations and there are some very...

When Nebraska joined the B1G in 2011, the conference had 12 teams and split into divisions, primarily because the end result of divisions would be a championship game that would make a lot of money. The divisions, named Leaders and Legends, were considered a flop. The division names were stupid, there was no geographical or historical sense to them and many rivalries were broken up.

A Breakup Letter to #Disrespekt - The Only Colors

But today, I looked in the mirror and saw what I had become. I realized that your name just comes out of my mouth too easy and in victory, your name was the one I was screaming. I lost my identity being wrapped up in you and for that reason, I need to move on.

Houston would be a bad fit for the Big 12 says former Cougars coach - SBNation.com

Dana Dimel, now at Kansas State, isn't high on his former team getting into the Big 12.

The NCAA and several co-defendants reached a landmark $1.2 million settlement Monday with the parents of a Frostburg State University football player who died from a head injury he suffered during a practice in 2011.

Their exchange is, at various points, deep, revealing and sort of funny.

Are you doing much Olympics watching?

A big showing in the pool on Monday night gave the United States the medal lead at the 2016 Summer Olympics.

The rivalry between Michael Phelps and Chad le Clos turned into a magnificent Internet meme - SBNation.com

I think it’s funny, but I think we’re getting lazy with our memes. It used to be we came up with clever phrases that looked like.... this: 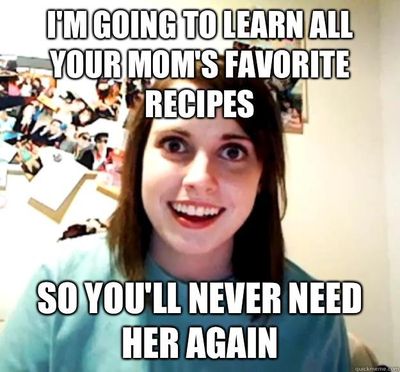 With this one we’re just posting Phelps angry photo and saying things like “WHEN I SLAMMED MY HAND IN THE CAR DOOR”.

It’s just not the same.

Lilly King called out a Russian rival for doping, then beat her in an Olympic final - SBNation.com

Lilly King made it clear what she thought about Russian rival Yulia Efimova's doping history and whether she deserved to be an Olympic champion. Then the American went out and did the only thing possible to stop Efimova from winning gold in the women's 100-meter breaststroke: She won it herself.

What are those red circles all over Michael Phelps' body? | FOX Sports

If Phelps, or the scores of other swimmers who engage in cupping, believes it helps, then that placebo effect is worth the trouble.

In case you’re wondering, WebMD has a definition of the “placebo effect”. It’s the idea that if you believe something helps, then it will. The same can be true in the opposite direction, which is why I don’t go looking around the internets to find all the possible side effects of medication that I’m taking. I ask the doctor, and then I pay attention to my body; everything else is internet lies.

“Most supplements do not prevent chronic disease or death, their use is not justified, and they should be avoided!”, say some doctors somewhere, quoting data and medical studies, apparently believing that having science on their side is some sort of big weapon.

The best part is starting the argument, then sitting back and watching it grow.

Who’s going to be the first CN community member to get cupped and report back?

Shoutout to @Tommy_Gun4 for taking the line out to eat at Red Robin tonight and picking up the grown man check! Keeping the big boys happy!