Frosted Flakes: Cats Like Boxes and Satellite Dishes and Fish Can Now Drive 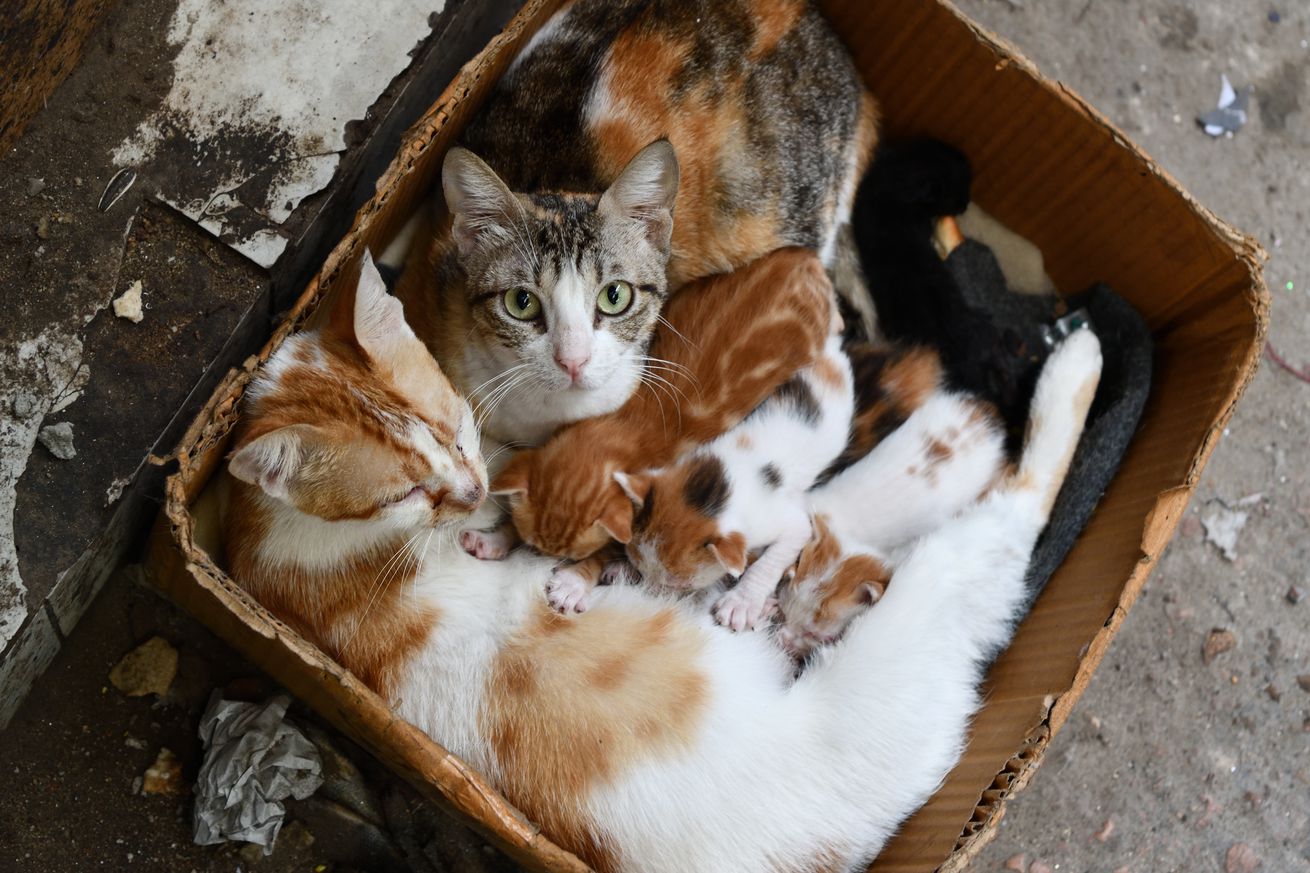 Plus a Coach uses a dump truck to recruit offensive linemen and NFL Playoffs are underway.

Last week I reported on a standoff between a couple and their three cats over a VitaMix blender. As soon as the box was delivered and set on the floor, one of the cats sat on the box and they haven’t left it since. The women decided to see how long it would take to outlast their felines.

Owner of Vitamix Cats Is Letting the Saga Continue Indefinitley
"We don't have a hard and fast end date on this," Jessica Gerson-Neeves, the owner of the cats, told Insider.

Nebraska T&F: Latimer Sets School Record at Graduate Classic - University of Nebraska
Making her Husker debut, Taylor Latimer set a school record in the weight throw on the first day of the Graduate Classic on Friday. Latimer placed second with a

Huskers Mens Tennis Sweeps the Bluejays - University of Nebraska
Lincoln, Neb. - The Nebraska men’s tennis team (1-0, 0-0 Big Ten) began the season with a win over Creighton (0-1, 0-0 Big East), as they swept the Bluejays 7-0.

What is padding? All about the secret of the Belichick Patriots - Sports Illustrated
All about the arcane arts and crafts football diagramming, done with a No. 2 pencil, a pair of scissors and some Scotch tape.

Raiders robbed by erroneous whistle on Joe Burrow’s TD pass to Tyler Boyd
More bad officiating in the 2021 NFL season? The line judge blew a bad whistle on a Joe Burrow TD pass that shouldn’t have counted against the Raiders.

As a Broncos fan, I don’t believe the Raiders are ever robbed. On this one, the refs got it right by getting it wrong. It would have been better if they got it right in the first place.

ACC pulls the plug on College Football Playoff expansion. What comes next?
ACC commissioner Jim Phillips cited athlete health and welfare, among other concerns: “We have much larger issues facing us than whether to expand the CFP.”

Researchers Claimed that Air in Zoo Might Have Enough DNA to Identify the Animals Inside | Nature World News
Two research groups released independent proof-of-concept studies in the journal Current Biology on January 6th, showing that collecting air from a local zoo can capture enough DNA to identify the animals there. This might be a proper, non-invasive way to track biodiversity.

Herd of elk halts traffic for commuters in North Carolina
The elk casually strolled through the village as commuters stalled to let them pass and take pictures.

COVID-19 Experts: Poop Data Shows Omicron Is Peaking in the US
There are some early indications that the Omicron wave may have peaked, at least in poop, but the next two to three weeks are going to be tough.

Watch This Goldfish Drive an Aquarium on Wheels | Smart News | Smithsonian Magazine
The car was designed to move depending on the fish’s location in its tank, showing animals can understand how to navigate foreign environments

Frosted Flakes: Cats Like Boxes and Satellite Dishes and Fish Can Now Drive