Wrestling: Huskers Fall In End to the Gophers 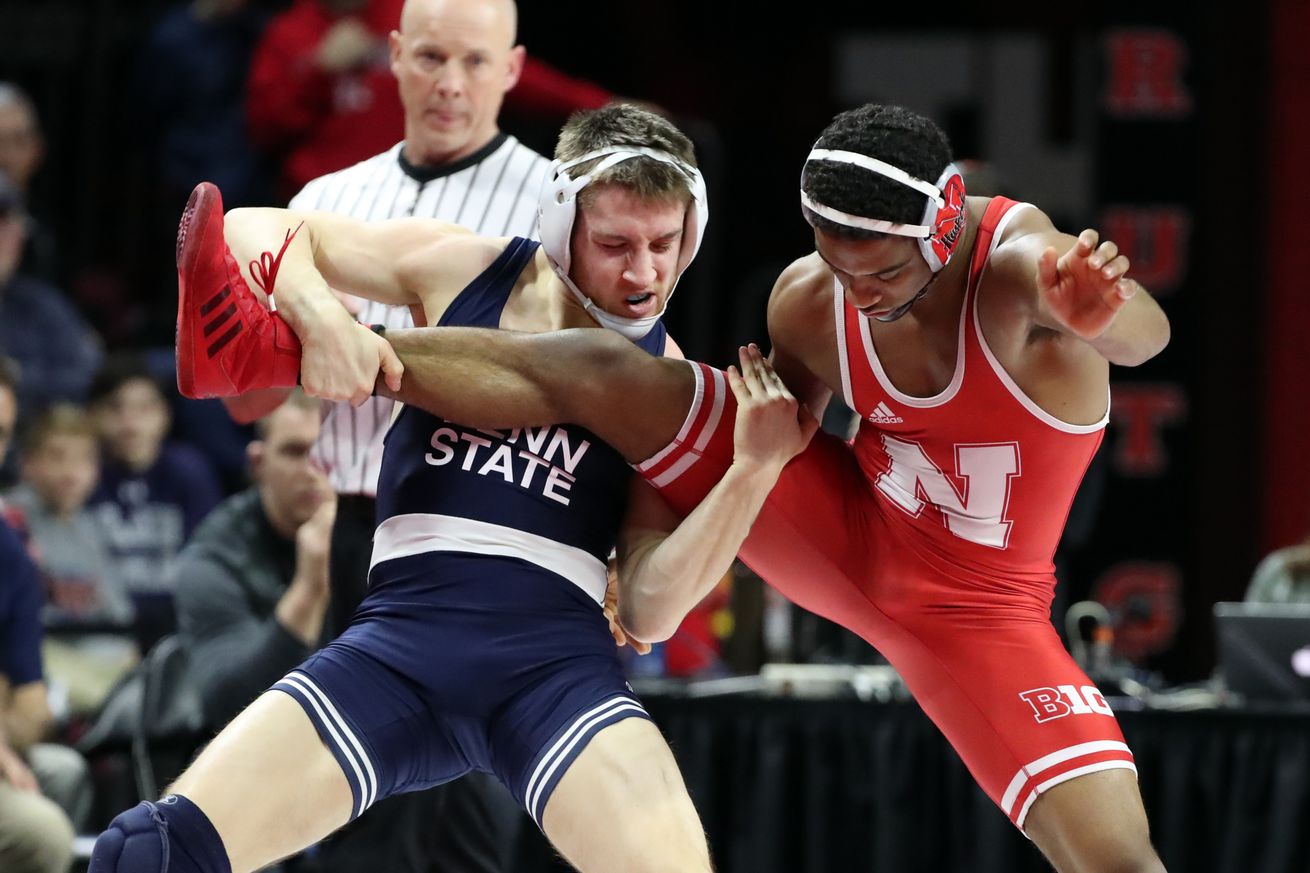 The Huskers continued their struggles in conference play against the Golden Gophers.

After falling to then-No. 15 Purdue, Nebraska again stumbled against No. 14 Minnesota. The Huskers were without All-American Taylor Venz at 184, and boy could they have used him in this one.

In a matchup of freshmen, Minnesota’s Cael Carlson came out on top over Nebraska’s Bubba Wilson. Wilson was able to get in on some shots but wasn’t able to finish for takedowns.

Wilson did tie things up in the third period on a reversal, but Carlson got an escape and takedown to ice the 6-3 decision.

Nebraska’s No. 5 Mikey Labriola jumped out to a quick lead over No. 19 Bailey O’Reilly off a takedown in the first period before taking a 3-1 lead into the third.

In the third period, Labriola went up 5-3 with a takedown on a re-attack, but O’Reilly evened things up late with a takedown of his own. With time winding down and what seemed like an inevitable overtime period coming, Labriola was able to reverse O’Reilly in the final second to grab the 7-5 decision win.

Nebraska was without No. 12 Taylor Venz, so freshman Brandyn Van Tassell took on Minnesota’s Isaiah Salazar. Van Tassell, a former Utah state champ, battled the talented Salazar to a 3-all tie in the first period.

In the second, Salazar rode Van Tassell the full two minutes while tacking on two near-fall points. Salazar scored an escape and takedown in the third to earn the 9-3 decision win.

Nebraska sent No. 6 Eric Schultz out to face Michial Foy. After a scoreless first period with little action, Foy put on a hard ride in the second. Schultz eventually went up 1-0 with an escape but gave up over a minute of riding time.

In the third, Schultz was able to cut Foy’s riding time under a minute before surrendering the escape to even things up. The difference ended up being a stalling call on Foy, resulting in a point for Schultz and the 2-1 win.

Facing one of the best wrestlers in NCAA history, Nebraska’s No. 11 Christian Lance did an admirable job.

Lance gave up seven takedowns to Steveson, but honestly, holding Steveson to a 16-6 major decision is seriously impressive.

Nebraska freshman Jeremiah Reno has struggled this season. That’s no secret. But he’s been thrust into the starting lineup against a gauntlet of ranked and seasoned wrestlers.

Against Minnesota, Reno showed a lot of fight, like when in the first period he worked for a reversal on No. 8 Pat McKee. Reno ended up losing the match 8-2, but with the dual on the line, he kept it to a decision. That’s a win right there, especially for a freshman against a Top-10 opponent.

Nebraska elected to go with sophomore Alex Thomsen here, and the Iowa native took a 2-0 lead early with a takedown on the edge against No. 20 Jake Gliva.

Gliva tied things up with a pair of escapes before a big sequence in the second period where Thomsen went for a big upper-body throw but was caught on his back for a takedown and four near-fall points.

With an eventual third-period escape, Thomsen fell to Gliva 8-3.

Trying to dig out of a hole, Nebraska’s No. 10 Chad Red Jr. jumped out to an 8-0 lead in the first period with a takedown and back points, but freshman Jager Eisch was able to minimize the damage.

Redd scored a third-period escape for the 9-0 major decision win.

Chad Red with a 9-0 decision on his 90th career win. @HuskerWrestling pic.twitter.com/FxinQuhJMH

One of Nebraska’s most steady wrestlers this season, No. 4 Ridge Lovett put everyone in a scare early as he fell behind 2-0 in the first period to Minnesota’s No. 23 Michael Blockhus.

In the second period, Blockhus made the unwise decision of choosing the down position against Lovett and paid for it. Lovett put on a hard, controlling ride for the full two minutes.

In the third period, Lovett started on the bottom and scored a reversal to tie things at 2-all. The Husker sophomore then secured a cradle and blew the match open with four near-fall points after putting Blockhus on his back in a cradle. With riding time, Lovett earned a 7-2 decision win.

149 | @RidgeLovett with 4️⃣ back points in the final minute. His 7-2 decision brings the Huskers within 3 with one match to go.

With the dual on the line along with top-tier status at 157 pounds, it came down to No. 7 Peyton Robb of Nebraska against Minnesota’s No. 5 Brayton Lee.

After a scoreless first period, Robb chose bottom in the second. Lee was impressive in riding Robb for the full two minutes. Lee chose neutral to start the thrid period and shot in for a quick takedown to go up 2-0. After injury time for Robb, Lee scored another escape to go up 3-0.

With riding time in Lee’s favor, Robb fell in the end via 4-0 decision.

What’s Next for Nebraska?

The Huskers travel next Friday to Madison, Wis. to take on No. 10 Wisconsin.

Wrestling: Huskers Fall In End to the Gophers