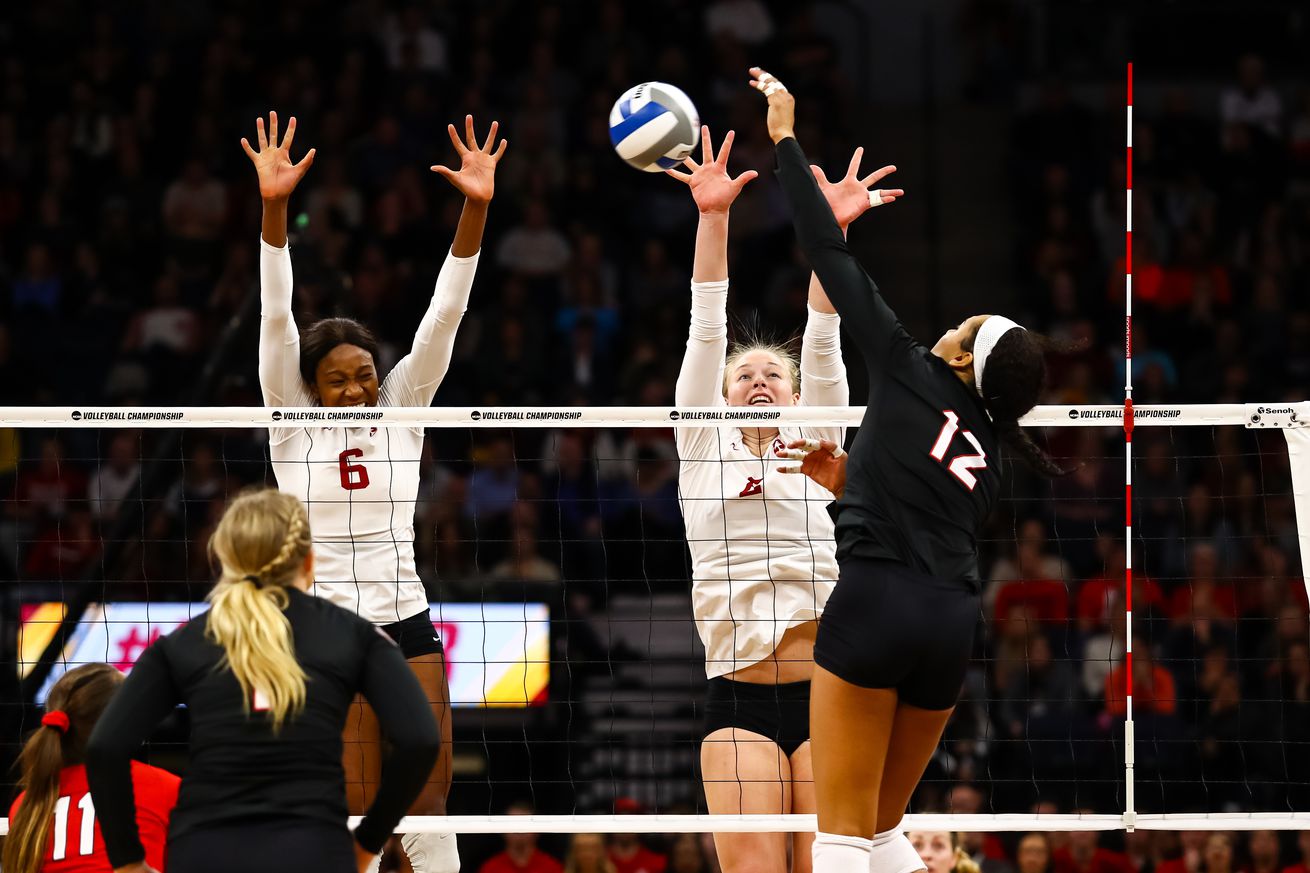 Nebraska is in East Lansing tonight playing against a young MSU team. Folks call Nebraska a young team, and they’re right. But MSU is just as young. The Spartans haven’t seen their own youth movement translate into a successful this season, however, including earlier this season when Nebraska beat them in four in the Devaney Center.

Michigan State (14-10, 5-9 Big Ten) ranks second in the Big Ten in blocks (2.63 per set) and is fourth in opponent hitting percentage (.191) during conference play. On offense, the Spartans are hitting .173 in Big Ten matches, good for 11th in the conference. Michigan State snapped a six-match losing skid with a 3-2 win at home over Northwestern on Saturday. Meredith Norris leads MSU with 3.00 kills per set. Alyssa Chronowski adds 2.39 kills per set.

MSU is great at defense, and poor on offense, in sum. So how did they take a set from Nebraska? MSU is one of those teams that shows what I call blips of brilliance. For a few moments, even just a single play, they look like they could beat anyone. We saw this in Lincoln in the first set in October. Sparty had other blips, against Penn State and Minnesota. Neither of those resulted in match wins, but they were there, those moments of greatness. We’ll have to see if they can string together a few blips in a row on their home court.

There are three weeks remaining in the regular season. Each program looks to show the selection committee upward progress and bettering momentum. Nebraska will challenge the Spartans with tough serving, a fast slide attack and good defense. What they perhaps will try to improve is consistent play overall, getting a side-out from rotation one and continuing to increase attempts for Schwarzenbach.

The match will be streamed on the BTN+ app and BTNPlus.com (subscription required). Wednesday’s match can be heard on Husker Sports Network radio affiliates, including 107.3 FM in Lincoln and 105.9 FM in Omaha. A live audio stream will be provided at Huskers.com and also on the official Huskers app. John Baylor is in his 26th season doing play-by-play for the Husker volleyball program. Lauren (Cook) West, a former All-America setter for the Huskers, will provide color commentary.