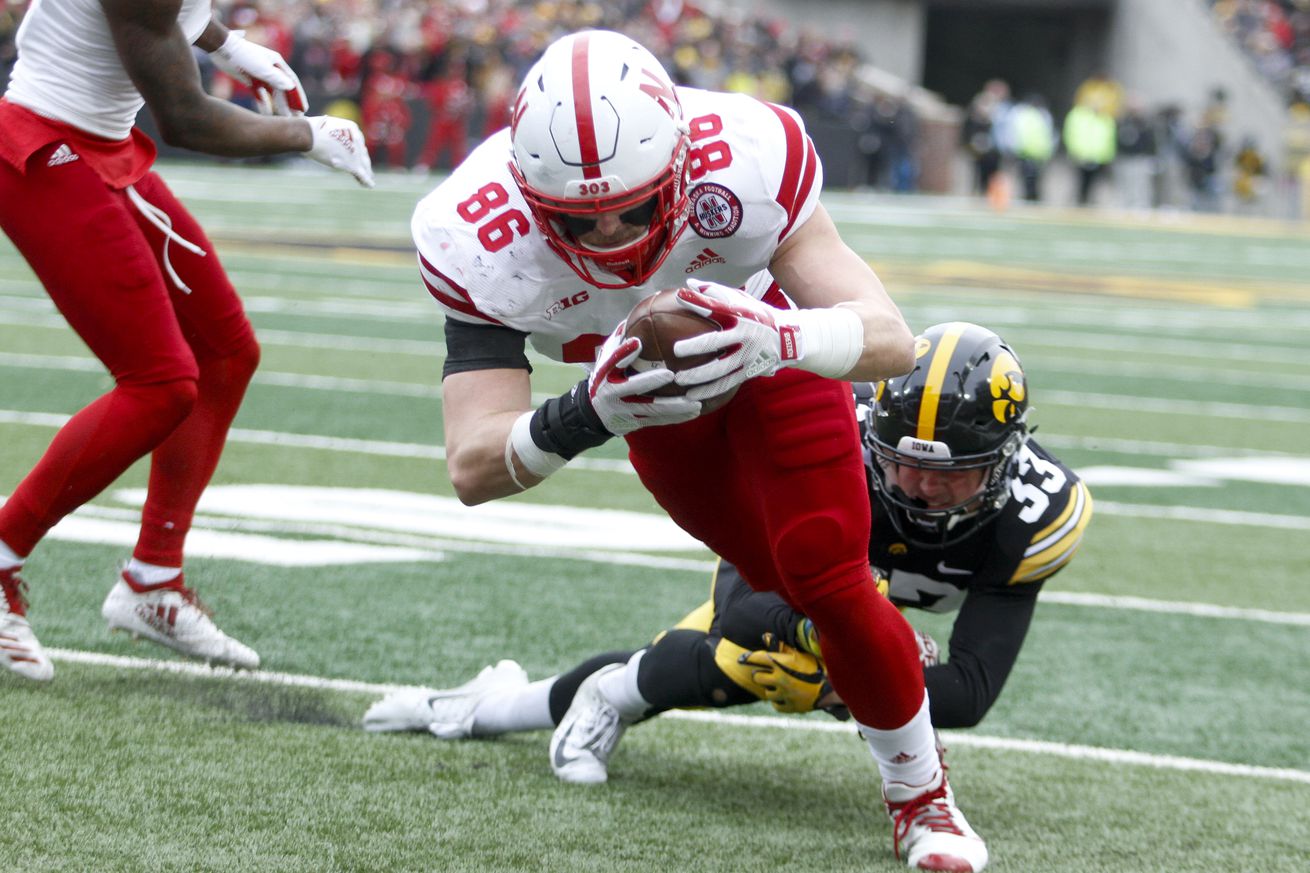 Welcome back to another season of Frost Focus. Before we begin, there are going to be some tweaks to the overall structure of this breakdown. Instead of writing a magnum opus each week on the gameplan and how specific playcalls fit together within the overall context of the gameplan, we will be looking at one singular play in greater detail. This can be a play that was the game changing play, a crucial and well-timed playcall, and it can also be a playcall that did not work and we will look at why it did not.

CBD 2020: What to Expect + Our Top Pr…
Vechain Blockchain Technology Powers …
Mancora Peru Nightlife 2020 {Where To…
Where did the hummingbirds go?
OPINION - Shields and Brooks 9/6/2019

South Alabama came into Saturday’s contest against Nebraska with a defense that was essentially non-existent; providing what many Nebraska fans thought would be a perfect tune-up game before the Cornhusker wagon train heads west to the flatirons of the Rockies to play the second installment of a Big 8 flyover grudge match from days gone by. Instead, South Alabama arrived in Lincoln with a defense that looked nothing like they had put on tape the year before and one that was content to load the box, disguise coverage, and flip from pre-snap man to post-snap zone. In doing so, South Alabama’s front 7 distorted redshirt freshman center Cam Jurgens from adequately identifying the defensive fronts for the all-important line calls that account for each defender on a specific run play. Coupled with high and off-kilter snaps that would make any quarterback’s job difficult, the South Alabama secondary being bluff-artists made it difficult for sophomore quarterback Adrian Martinez to properly draw a bead on coverage in his pre-snap reads. We will get into more detail after we look at this week’s selected play.

On Nebraska’s first drive of the 2019 season, Nebraska dusted off a main component of Scott Frost’s space and pace offense, the RPO. By now, the RPO has become pretty damn ubiquitous in both college and professional football, so I’m sure all of you are familiar with how it works. By pairing a run with a pass, the offense can put a defensive player into a zero-sum game and mess with his run fit and pass coverage responsibilities. Last season we saw Nebraska utilize RPOs built off of Inside Zone runs, gap-blocked Dart runs, and QB Dart runs with quick passes to the flat on arrow, flare, or bubble routes. Occasionally we saw a ‘Pop Pass’; specifically against Purdue where the tight end pops up the field on a little seam route behind a linebacker who’s stuck in a quandary of fitting against the run or covering the seam.

On this play, the Huskers come out in 11 Duck personnel, with freshman Wan’Dale Robinson aligning as the Duck-R receiver in the slot. Tight End Jack Stoll is flexed just off the line of scrimmage, a position from which he can be deployed in various ways that we saw last season and will see as this season unfolds. The Husker offensive line blocks the Dart play, the one-back power run with the backside offensive tackle pulling and leading the ballcarrier through the weakside A gap. Martinez is reading the MIKE on the play, which in the case of South Alabama’s Tite Front is the inside linebacker aligned to the strength of the formation. At the snap, Martinez reads the MIKE for the give to I-Back Dedrick Mills. In this case, the MIKE steps down into his run fit, prompting Martinez to pull the ball and look for Stoll on the Pop Pass. Stoll is inside of the SAM linebacker, who is the secondary read on the play. 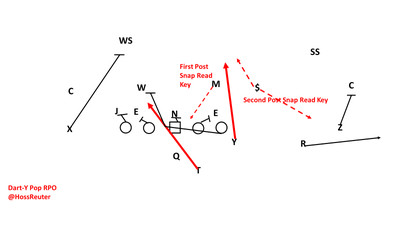 The SAM tries to carry Stoll vertically up the seam and if he had better leverage against Stoll, Martinez would then dump the ball down to Wan’Dale on the bubble screen. But since Stoll has the inside leverage, Martinez rifles the pass to Stoll for a 42 yard gain, setting the Huskers up at the five yard-line. By having two reads on the play, Frost has built a fail-safe mechanism into this and other RPOs, which allow the offense to make the defense wrong in whichever way they choose to defend the play.

Since Saturday afternoon, there has been a lot of hand-wringing about the lack of offensive production against South Alabama. From an outsider’s perspective, it looked as if there were a confluence of factors at play that contributed to the anemic showing by the Husker offense. RKay from HuskerChalkTalk pointed out on Twitter that the Husker offensive is line is 103rd in the nation in returning starts on the offensive line. That’s a whole lot of inexperience, despite the fact that there is a pretty good modicum of talent for offensive line coach Greg Austin to work with. Secondly, much has been said about Cameron Jurgens in his first collegiate start. Jurgens is still getting used to playing the position, as evidenced by his lack of a good base in both run blocking and pass protection. With a good base to work from, Jurgens also needs to work keeping his hips lower to maintain an advantage in pad level and leverage. Coupled with this is that opposing defenses like South Alabama who are outgunned from the moment they step off the bus typically like to play games with inexperienced centers; with shifts and junk fronts that distort a center’s reads in IDing fronts and getting everyone on the same page with line calls. Lastly, Jurgens high snaps threw off the timing for Martinez, and in this offense timing is everything. Jurgens playing center will pay off in dividends down the road, as Nebraska has not had an explosively strong athlete like him at center for quite some time. You’d have to go back to at least Dominic Raiola for the last time we had a center with this combination of strength and athleticism. The upside that Jurgens possesses makes it worthwhile for this team (and fanbase) to allow him to develop some callouses in playing the position. Right now, the offensive line will likely need to develop and grow over the course of the season—something that I mentioned on the 5 Heart Podcast earlier in the off-season.

The last thing I would like to touch upon is the overall gameplan against South Alabama. I have been pretty vocal about my opinion of Frost being one of the best playcallers and offensive minds in the entire country, and one anemic showing against South Alabama does not change that. However, I would be remiss if I did not mention that the offensive playcalling we saw against the Jaguars was pretty milquetoast. Today (Labor Day) I read on Twitter that Frost mentioned post-game that South Alabama came out in an entirely different defensive look and that the coaches placed the burden on themselves for not adjusting and putting the offense in position to be successful.

Despite Frost’s admission, it looked like the original gameplan was that we thought we could run our basic scheme and out-execute South Alabama, while keeping our cards close to the vest for the grudge match against the Buffs. Right now, I don’t think the offense is quite good enough to simply line up and out-execute an opponent without scheming to exploit a specific weakness. Despite the low production out of the Husker offense, I think that we will see the offense get back to being the unit that churned out 7 games of at least 450 yards of total offense in 2018.