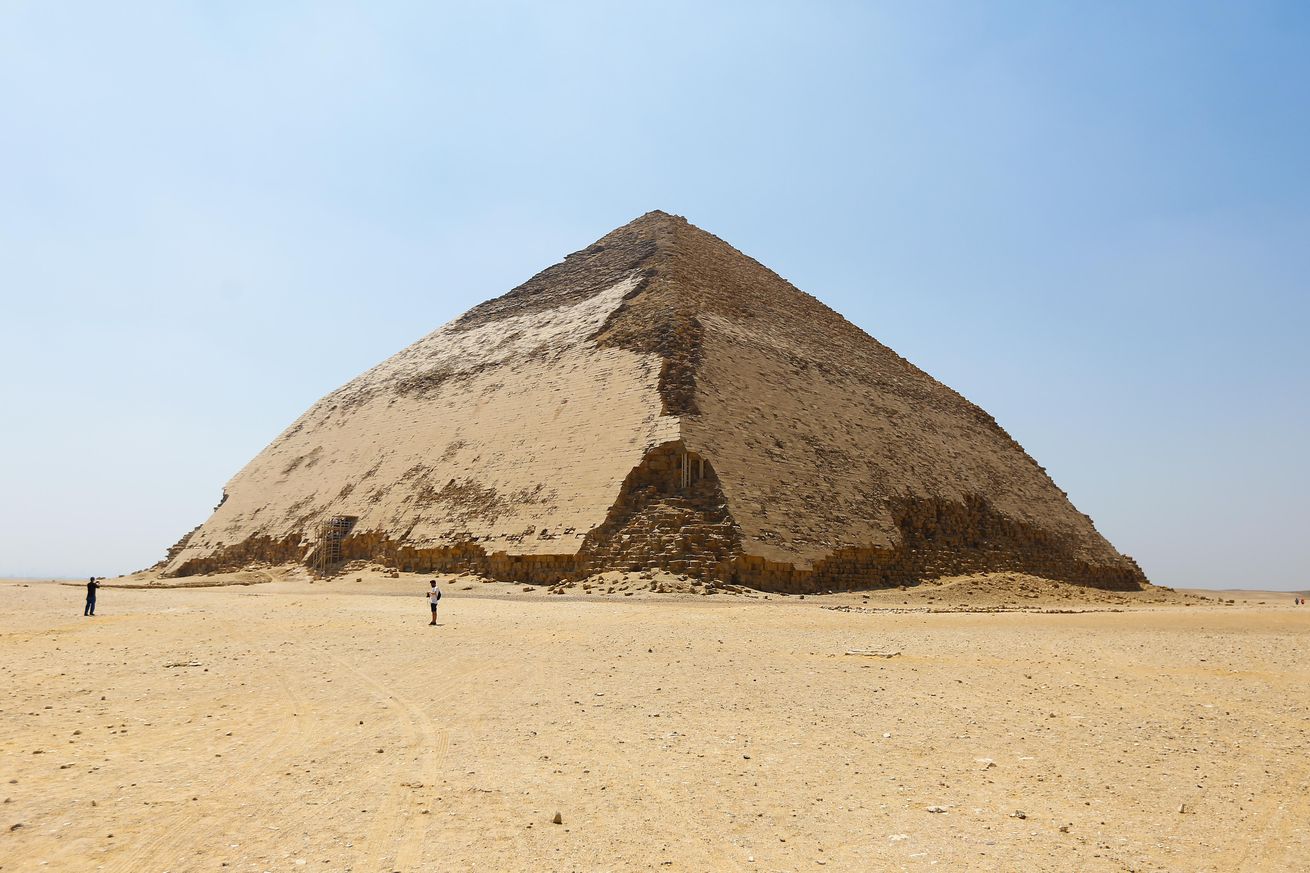 The Bent Pyramid is open for tourists, a gymnast walks again and officials catch an alligator...in Chicago?

Have a great day Corn Nation!

Waverly senior decommits from CSU to join Nebraska volleyball team | Huskers | columbustelegram.com
Annika Evans made the difficult phone call to the volleyball coaches at Colorado State to let them know she wouldn’t be coming there to play college volleyball.

Nebraska Danger's future uncertain with talk of sale | KHGI
The Nebraska Danger may have played their final game in Grand Island, as the ownership announces the team is now for sale.

Family who lives on parcel of land that helped establish Univers - NEWS CHANNEL NEBRASKA
As the University of Nebraska celebrates its 150th year, it is hoping to honor the families that helped it come into existence. The first of those families, the Winters, are the first to be recognized

The most important steps -- How Sam Cerio overcame her horrific gymnastics accident
Sam Cerio's last gymnastics meet ended in a gruesome injury that went viral. She had one goal in mind afterward: walking down the aisle.

On this date: DiMaggio hits in 56th straight game - ESPN Video
On July 16, 1941, Joe DiMaggio extended his hit streak to 56 games, which remains the longest in MLB history.

Record are made to be broken. This one may not. Ever.

Happy birthday to Barry Sanders, the greatest running back of all time - SBNation.com
Barry Sanders may not have the most yards in NFL history, but that doesn’t detract from him being the truest GOAT of them all.

Steelers' James Conner on cancer: Doctors said he had a week left
Pittsburgh Steelers running back James Conner was told by doctors, "you had about a week left" before they discovered his Hodgkin's Lymphoma.

This Map For “Time Travelers” Is The Best Thing You’ll See On The Internet Today | IFLScience
Step aside Google Maps. Move over Apple Maps (as if you were ever a thing). The Internet has a new favorite interactive map system, and you have no chance

Chance The Snapper Is Snared: Alligator Caught After A Wild Week In Chicago Park : NPR
It took a week, but wildlife officials in Chicago say they've finally captured a 5-foot-long alligator nicknamed Chance the Snapper.

Meth-gators: Tennessee Police Ask Residents to Stop Flushing Drugs Down the Toilet—'Enough Methed up Animals'
Although "meth-gators" is somewhat extreme, scientists do believe some drugs in the sewer system are affecting wildlife populations.

Will Robots Take My Job?
Find out how susceptible is your job to computerization

Egypt pyramids: Bent Pyramid, another now open to visitors
The Bent Pyramid and its satellite pyramid in the Dahshur royal necropolis represent a transitional form of pyramid construction.

Visiting the pyramids in Egypt is definitely on my bucket list. I also have a very long bucket list.

Another Week, Another Poop Article

Astronauts could use poop to make spaceship cleaner
Astronauts on deep-space missions won’t be able to run to the store for disinfectant wipes, but they may have another way of cleaning surfaces inside their spaceship, and it could involve human waste.

Best Thing I Saw On the Internet This Week

Uber Driver Lands Music Deal After Video Of Him Singing Goes Viral - CBS Philly
An Uber driver in South Africa, who impressed people all over the world with his opera singing just released his first song.

Does this cocaine make my toupee look fat?