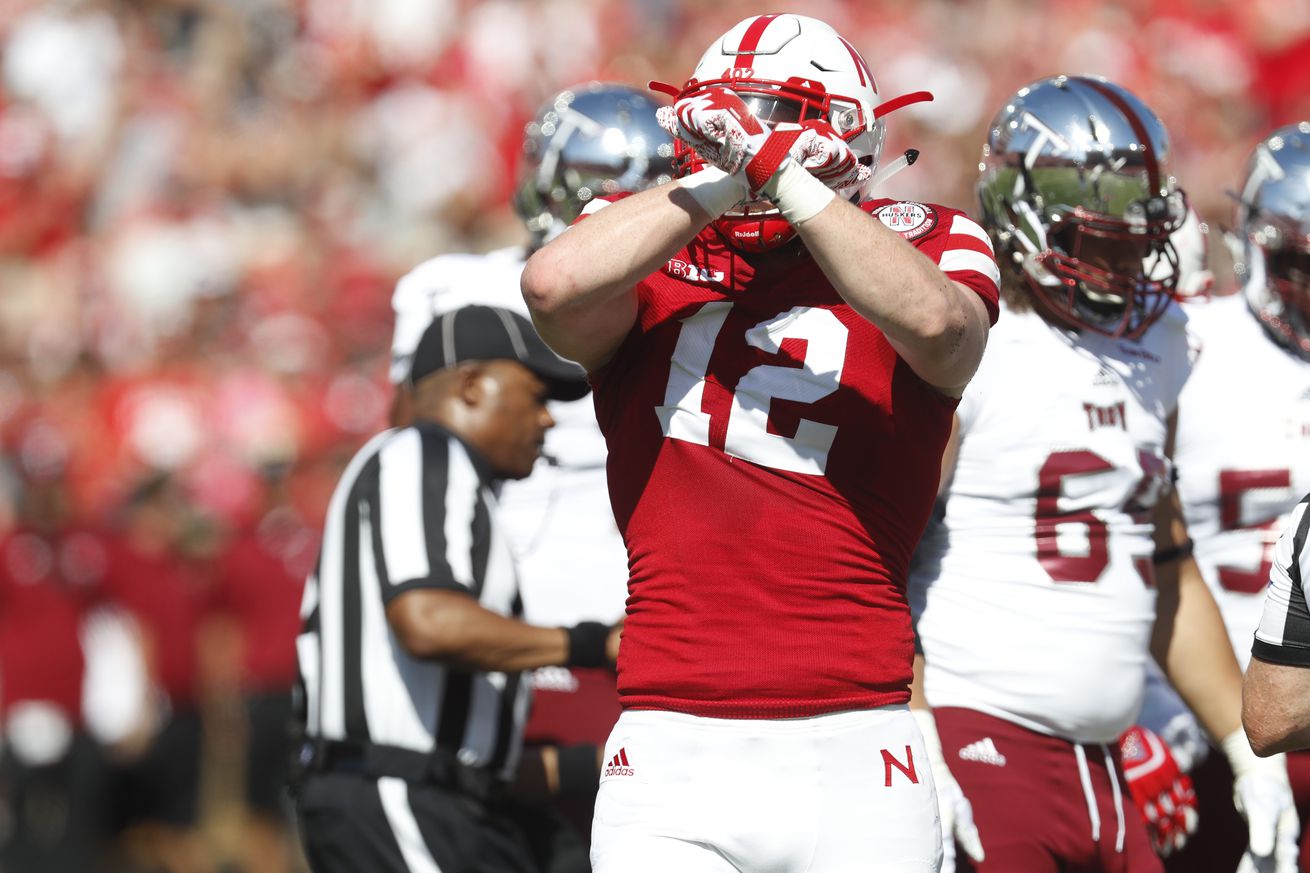 After a solid college career, will homegrown Husker Luke Gifford hear his name called this weekend?

Luke Gifford was a model of hard work, consistency and leadership. Not the most naturally-gifted or athletic, but you know his motor could out work a lot of people on the field. After playing a reserve role his first two seasons, the linebacker from Lincoln (Southeast) became a key starter his final two seasons.

Per Huskers.com, Gifford’s stats don’t jump off the page. This could be due to a couple factors. Nebraska’s defensive coordinators were a revolving door during his career, with Mark Banker, Bob Diaco and finally Erik Chinander. The pass-rush was also a major problem the last few years, so Gifford could be double-teamed.

So Gifford was a solid contributor for an underwhelming defense. Where will that get him in the NFL? The numbers don’t tell the whole story. His senior season, Gifford was an honoable mention on the 2018 All-Big Ten teams. He was a team captain and the 2016 Sam Foltz Hero 27 Leadership Award.

Gifford was the glue of the Huskers and was key for getting players to buy into Frost and his new culture. His leadership and no-quit attitude was a huge part of getting this team to stick through the 0-6 start.

While he did start every game this past season, Gifford did have some nagging, minor injuries which may have skewed his performance as well. But who else to fight through those injuries?

Perhaps the play that defines Gifford was in the Iowa game. Down 15 in the third quarter inside their own ten-yard line, the Huskers elected to fake punt. Gifford was direct snapped the ball and, in his final game, Gifford ran to the outside, outrunning an Iowa running back to pick up four yards and the first down. He would get hurt on the play, but, like he always did, would return to the game.

So he has grit and toughness. What about his size and athleticism?

Those numbers may not mean much so let’s put some context to them. He is the exact height and weight of linebackers in the NFL. His 40 wasn’t the fastest, but faster than Jalen Jelks and Jachai Polite at the NFL Combine, both of whom will be drafted, Polite likely in the first two days. His bench press was better than Montez Sweat and Chase Winovich, both top-50 prospects. His vertical was better than Polite and Winovich as well. Lastly, his broad jump was, again, ahead of Winovich and Jelks.

So why is Chase Winovich going in the early second round and Gifford likely to go in the last few rounds or undrafted? Winovich is faster and a touch bigger, but he also had the benefit of his health and playing with far greater talent around him on the nation’s top defense with Michigan. Gifford even had more sacks and solo tackles.

Now, I’m not trying to say Gifford will have a better career or is a better player than Winovich, just saying they have very comparable numbers but have had drastically different situations with injuries, coaching stability and talent around them.

But what have NFL teams seen out of Gifford? Well, he has had top-30 visits with both the Minnesota Vikings (who love their Huskers) and New Orleans Saints.

So, your team just drafted him, what are they getting?

If he can stay healthy, Gifford has the motor and work ethic to make the best of any situation he is put in. He is more athletic than most would think and has the hard-nose style to be a great rotational piece on a defense. To make a team, he may have to start off as a special teams stud, but he is more than capable of doing whatever it takes.

While it has taken awhile for people to think about it, don’t be surprised if you here Gifford’s name called in the sixth or seventh round. If not, he will be a priority free agent and make his name as a great special teams player and could eventually develop into a nice rotational linebacker that could maybe even start.

You can’t teach leadership and toughness, two things Gifford has in spades and would be invaluable to any NFL team.