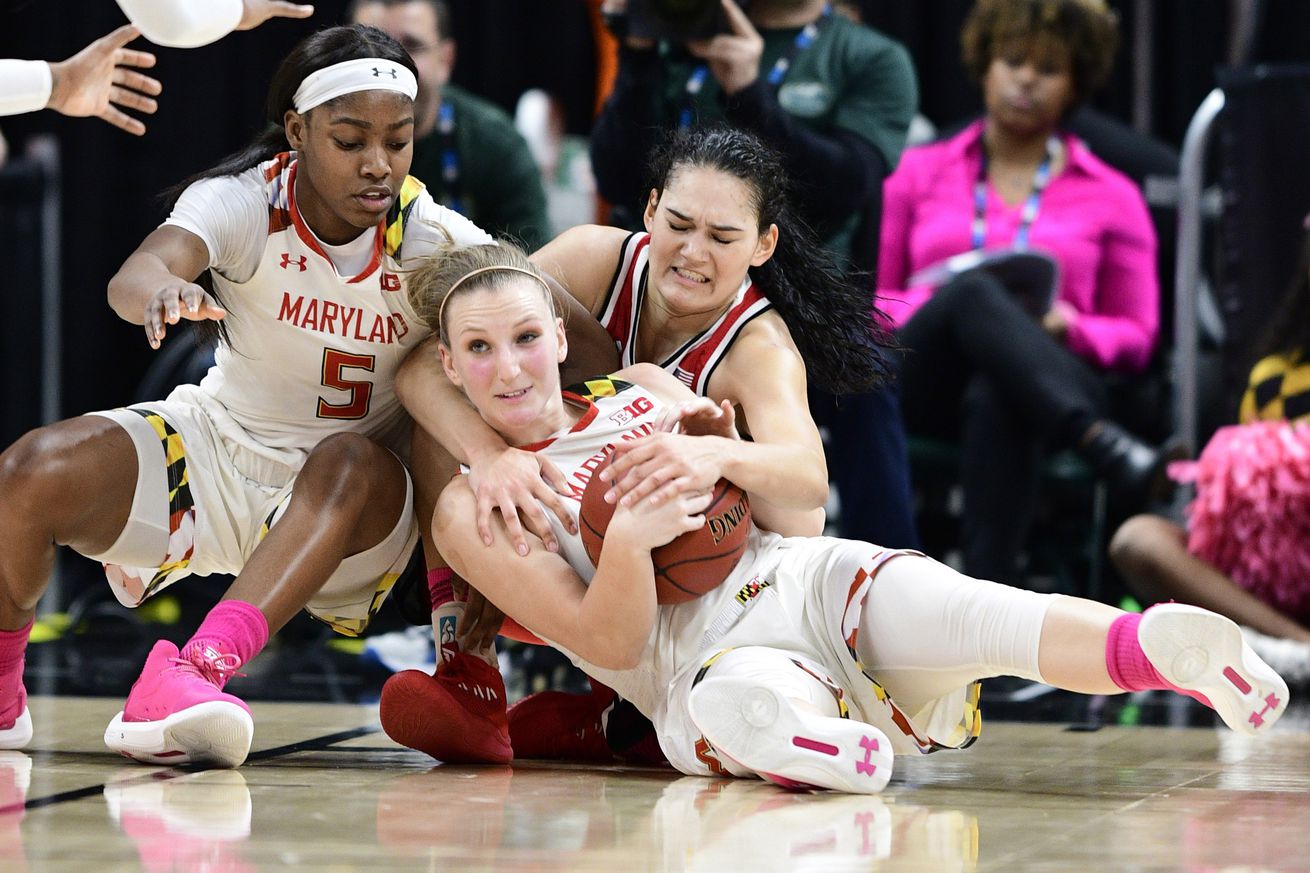 It is women’s basketball week for the Big Ten. Follow @B1GWBBall and @HuskersWBB to see previews and analysis.

The Husker women had an open practice last night in which fans could watch and then interact with the players. Nebraska is led by Head Coach Amy Williams, the 2017-18 Big Ten Coach of the Year after engineering the nation’s biggest turnaround (from 8 wins in 2016-17 to 21 last season.) Junior point guard, Hannah Whitish was selected by the coaches to the preseason All Big Ten team. Sophomore center Kate Cain was named to the all-defensive team last season as a freshman after obliterating the Nebraska school record and posting 100 blocks (ranking top 10 in the nation.)

28% of Americans are Free to Smoke Un…
UNDER WATER - Farmers Fields Cannot b…
Mental Illness in YA Month Reading Li…
The One That Got Away: Legendary Albu…
First National Bank Routing Numbers –…

The coaches and media selected Maryland and Iowa as their consensus #1 and #2 preseason picks to top the conference respectively. No surprise there as Maryland has dominated the B1G since they became a member and annually bring in top 10 (sometimes top 5) recruiting classes. The coaches and media split on their #3 team with the coaches picking Michigan and media picking Minnesota. I thought the Huskers had a chance to sneak into that third spot given their performance last season and their returning firepower, but I don’t think either group was entirely sure what to expect from the Huskers (understandably so).

The Huskers graduated two excellent defensive guards (who were also pretty good all-round contributors) in Janay Morton and Jasmine Cincore. They also graduated Emily Wood, who worked her way up from walk-on to dependable reserve point guard that could go on a hot scoring streak at times.

The Huskers also have three players who are on scholarship, but will not be on the active roster this season in redshirt senior forward Darrien Washington, junior forward Rachel Blackburn, and junior guard Bria Stallworth. Washington and Blackburn have both battled chronic injuries. Stallworth transferred to Nebraska from Massachusetts, sat out one season and played a reserve role last season while also battling injuries. Stallworth and Blackburn would each still have a season of eligibility after sitting this year. I don’t know if they will eventually return to the Husker lineup or look to transfer (or even resume their basketball careers at all.)

Nebraska brought in four talented freshman - a recruiting class ranked top 20 nationally. This group includes three forwards who will be expected to shore up the post depth with Blackburn and Washington’s departure. Among them, Ashtyn Verbeek is a likely contributor from Day One.

The Husker women play an exhibition game against Nebraska-Kearney on November 3 at 4 pm.

Martinez could carry significant value to Husker recruiting too
The benefits of Martinez's play can extend off the field for Nebraska too.

Huskers take Monday off to rest, will hit preparations for Bethune-Cookman hard Tuesday | Sports | columbustelegram.com
It's Bethune-Cookman week, and not a bye week as originally planned.

This stat shows Nebraska is a lot closer to a turnaround than it looks - SBNation.com
Here’s why the numbers view the Huskers as a team good enough to have a winning record right now.

Steph Curry breaks his own NBA 3-point shooting record vs. Suns
For the first time in his NBA career, Steph Curry opened the season with three consecutive games of scoring at least 30 points.

What’s Going On With That Bizarre Rectangular Iceberg? : NPR
An iceberg recently spotted by NASA scientists looks like it was carefully cut into a perfect rectangle

Lion cub found in Paris apartment in France - BBC News
Police in Paris have seized the six-week-old animal and arrested its owner.

DIY – How to Insulate Your Attic