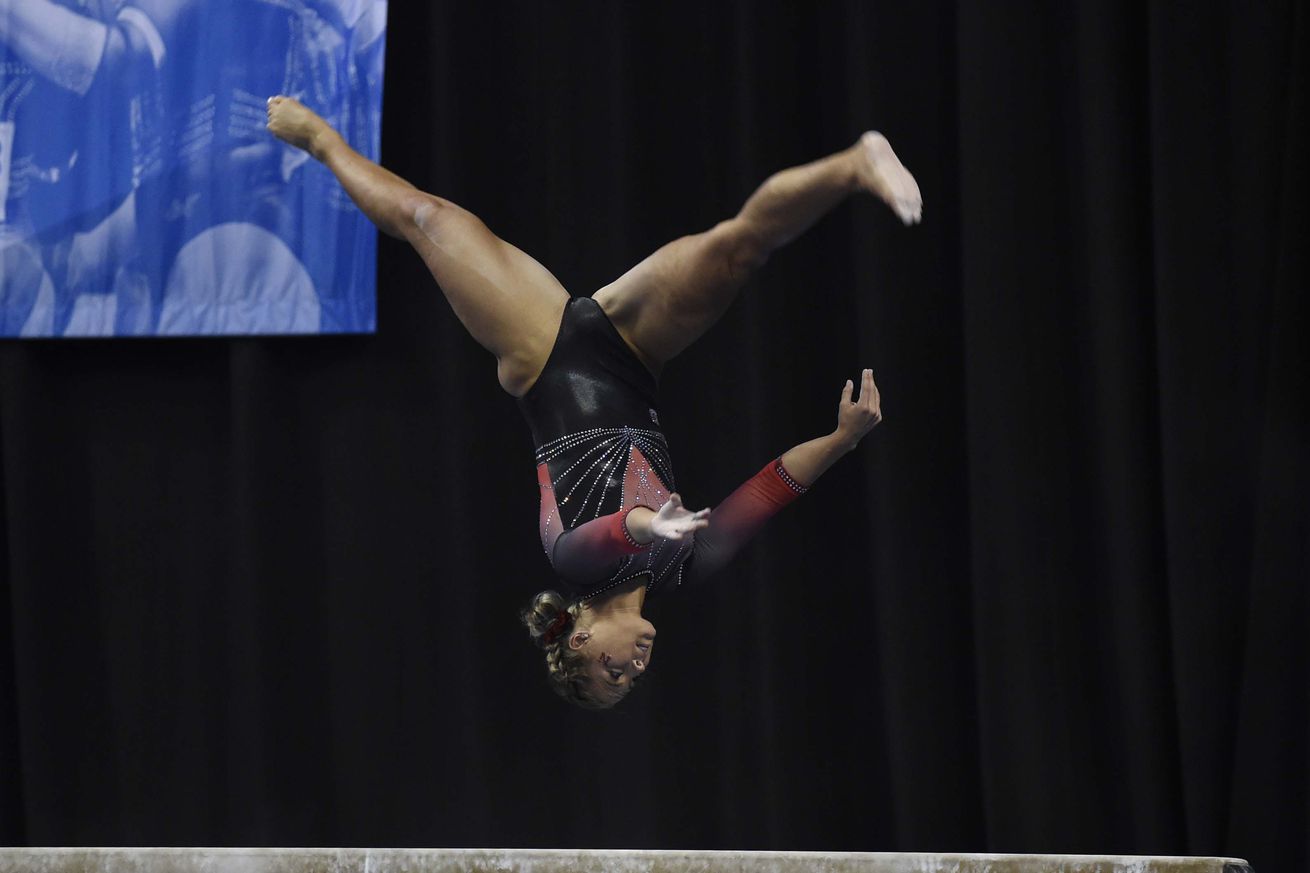 We bring you news about broken arms, a Husker gymnast, former volleyball players and robo-flies. Also, what would you pay to break up with someone?

I survived graduation weekend. I started to tear up at one point during the ceremony, but managed to hold back the deluge.

Of course, the youngest ranchhand had to get in on the excitement and broke his arm the night before his brother’s graduation. Ranchdude and I were at the emergency room with him until 2 am. Fortunately, no cast is required, but baseball season lasted all of two practices for the poor kid.

He was an absolute trooper and took care of his own pain medication and managed to avoid further injuries in a house that had 23 occupants overnight. The funniest part of all of it was when my mom called and asked if she could bring anything. I requested that she check dad’s closet and bring any button-down shirts that were on the small side.

She brought two shirts and littlest ranchhand fell in love with grandpa’s hand-me-down western-style snap shirts. Pair grandpa’s shirts with other clothing friendly to a one-armed kid, such as sweatpants and flip flops, and you have a new fashion statement. He’s decided he wants to keep them and get more to wear even after his arm is healed.

Not surprisingly, grandpa is pretty pleased with this new development.

Recruiting: Four-star QB Michael Johnson has family connections with Huskers, will visit soon | National | theprogressnews.com
Michael Johnson is getting close to wrapping up his recruitment.

International volleyball tournament begins in Lincoln on Tuesday with ex-Huskers, Olympians | Sports | columbustelegram.com
Coach Karch Kiraly arrived in Lincoln last weekend and brought with him a roster of players who have some Olympic medals.

Huskers basketball to host Seton Hall in Gavitt Tipoff Games - News, Weather and Sports for Lincoln, NE; KLKNTV.com
Nebraska will welcome Seton Hall to Lincoln for the first time in school history as the Big Ten and Big East c...

Why the SCOTUS betting decision could be good for women's sports
If gambling brings more money and eyeballs to women's sports, that's a good thing, writes espnW's Kavitha Davidson.

Noise and Other Disturbances

Who is drinking the most? The drunkest cities in America. https://t.co/bg10ZRqmeF pic.twitter.com/oVN9nJVHrs

Watch a laser-powered RoboFly flap its tiny wings | TechCrunch
Making something fly involves a lot of trade-offs. Bigger stuff can hold more fuel or batteries, but too big and the lift required is too much. Small stuff takes less lift to fly but might not hold a battery with enough energy to do so.

Would you pay your ex a 'break-up fee'? - BBC News
Some Chinese couples go beyond handing back a box of stuff and put a cash price on the end of love.

Man Allegedly Used Change Of Address Form To Move UPS Headquarters To His Apartment : The Two-Way : NPR
As federal crimes go, this one seems to have been ridiculously easy to pull off.