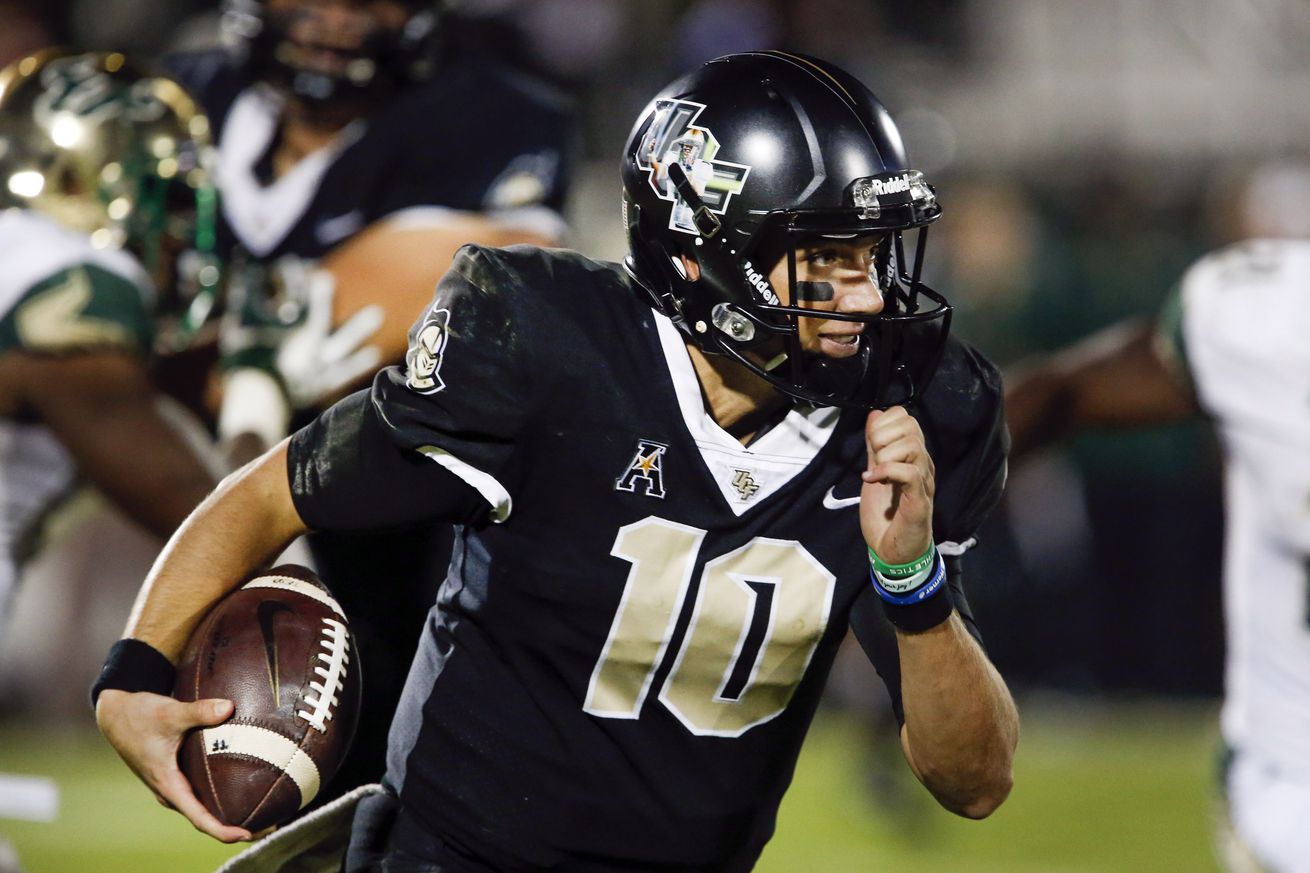 Nebraska remains under a Frost Warning, so stay inside and let’s predict today’s games!

Mike: Even though the Huskers’ season is over, there’s still football to watch and cheer for...especially for one of our own, who looks poised to return after finishing one bit of business this weekend.

Salt Creek: Are we picking the Tennessee head Coach too? Seems like a worthwhile prediction.

Ty: Whether we’re in it or not, I always love Championship Weekend. Fun football games to watch, and I get to root against ‘Bama even when they’re not playing (which is the best!).

Nate M: Tennessee is going to end up paying $6 million to a $2 million coach.

Andy: I’m just so happy because in about 36 hours, we’re going to have a new coach. And, unlike any other coach since we started trying to replace TO, it’s going to be one THAT SHITLOADS OF OTHER SCHOOLS WANT, TOO. As opposed to our usual strategy of bidding against no one.

Salt Creek: UCF delivers a cap to their incredible season, and then we rip out UCF fans’ hearts by having Frost’s mom announce he’s coming home for cinnamon rolls and chili. Memphis tries, though!

Ty: It’s going to be good. I can see this looking a lot like the UCF-USF game last week with the Knights pulling it off late in a high-scoring game.

Nate M: UCF wins and we get to watch the players go crazy with Nebraska Coach Scott Frost. Crap I hope I didn’t just jinx it!

Andy: Whoop that ass once, whoop it again. The Knights give their coach a going-away present (maybe) in the form of a conference championship. Then afterwards, an anonymous UCF booster named “Sawgrass” presents Frost with that stupid trophy from that stupid rivalry that Bob Diaco tried to invent while at UConn. UCF 47 Memphis 35

Mike: Too many distractions this week for the Knights. Everyone knows what’s coming afterwards. Memphis 38, UCF 31

Salt Creek: I think TCU stuns Oklahoma, because Alabama needs to get into the CFP or its not really a playoff, ask Saban. Hate to see a disinterested Alabama destroy UCF in the Sugar Bowl.

Ty: OOOOOOOOOOO-Klahoma where the wind come sweeping down the plain. They... they’re the team that wins this game.

Nate M: As long as Alabama is not in the playoff I’ll be happy. Sooners win by 10

Andy: People can crap on Baker Mayfield all they want. I invite any of them to have a handshake refused, eat a couple of targeted, cheap headshots and then thoughtfully determine that tugging their junk and inviting said poor sports to go fuck themselves is a poor idea. The Jayhawks got off light and Baker will shortly be hoisting himself a Heisman after claiming the Big 12 title. Round 2 also to Oklahoma. OU 42 TCU 27

Mike: What Andy said. Mayfield was crude, but the Beakers instigated all of it with their classlessness. But today, OU makes their playoff statement and Mayfield claims the stiff arm trophy. Boomers 45, Froggies 27

Salt Creek: Auburn repeats the destruction of the Dawgs, to the dismay of an entire state, because Georgia’s lines are still not capable of stopping Gus’ offense. The entire state of Alabama gets into the playoffs, including UAB after they go vacation in the Bahamas.

Ty: Gimme Auburn in this one. Georgia’s resurgence is a good story, but it’s kind of like Iowa two years ago in that it’s a little bit of a fluke. HOWEVER, unlike Iowa, I think Georgia is here to stay.

Nate M: Auburn has a let down after beating Alabama and lose by a touchdown.

Andy: Auburn, I loved you for a week, but now you’re nothing again but the low-rent, shirt-lifting tree-cryers that you always have been. Also, you’re about out of healthy I-backs and this party’s in Georgia. Dawgs 27 Aw-brin 17

Mike: Beating ‘Bama pretty much makes this an afterthought for Auburn. Georgia gets their revenge in what’s essentially a home game for them. UGA 31, War Doggone Eagle 27

Ty: Clemson. The Syracuse loss was a wake-up call for this team.

Nate M: Somehow Clemson is back at #1 after losing the best quarterback is school history. I remember what that used to feel like. (forbidden 90’s reference)

Andy: The Pitt loss was overdue as Miami had been dicking around with .500-ish squads all season. The Tigers have shown their leg shart at Syracuse was a blip and the 2016 champs will get a shot to defend after this one. Climpson 28 Canes 20

Mike: The U had been “just good enough” all season until Thanksgiving weekend; that won’t work this week. Clempson 34, Canes 20

Salt Creek: God forgive me, but I’m taking Wisconsin here, and it won’t be close.

Ty: I’m with you, Salt. Wiscy gets this one. They’ve been disrespected all season and spanking a team that has lost twice yet is still favored drives the point home that the B1G West has good football and that Wiscy is CFP worthy.

Nate M: I will be rooting for Wisconsin because they would be the perfect example of why Nebraska could get back to the top. If Wisconsin can do it, then we should absolutely do it. But I’m guessing Ohio State wins by 10.

Andy: I would love to see Wisconsin pull this off, but Alabama is proof positive that God is a myth and the Badgers’ defeat will put the highest paid football team outside the NFL and a 2-loss Buckeye squad back in the playoff. Because conference titles mean nothing near as much to the committee as a blue-blood name with travelling fans. Buckeyes 26 Badgers 16

Salt Creek: Bo Pelini, because he can’t angle for a raise like other head coaches! But really it’ll be Tee Martin because that’s who they should’ve hired from the get-go.

Ty: I have no idea. This thing is such a mess. Maybe me?

Nate M: I’ve heard a rumor that Pat Fitzgerald is going to leave his alma mater and coach at the most stable program in the country.

Andy: Well, now they have to hire an AD first, but why wouldn’t they try to get in on the Herm Edwards sweepstakes? .400ish NFL head coaches who last assisted in college 30 years ago are in short supply. BELIEVE IN THE POWER OF SOUND BITES!!