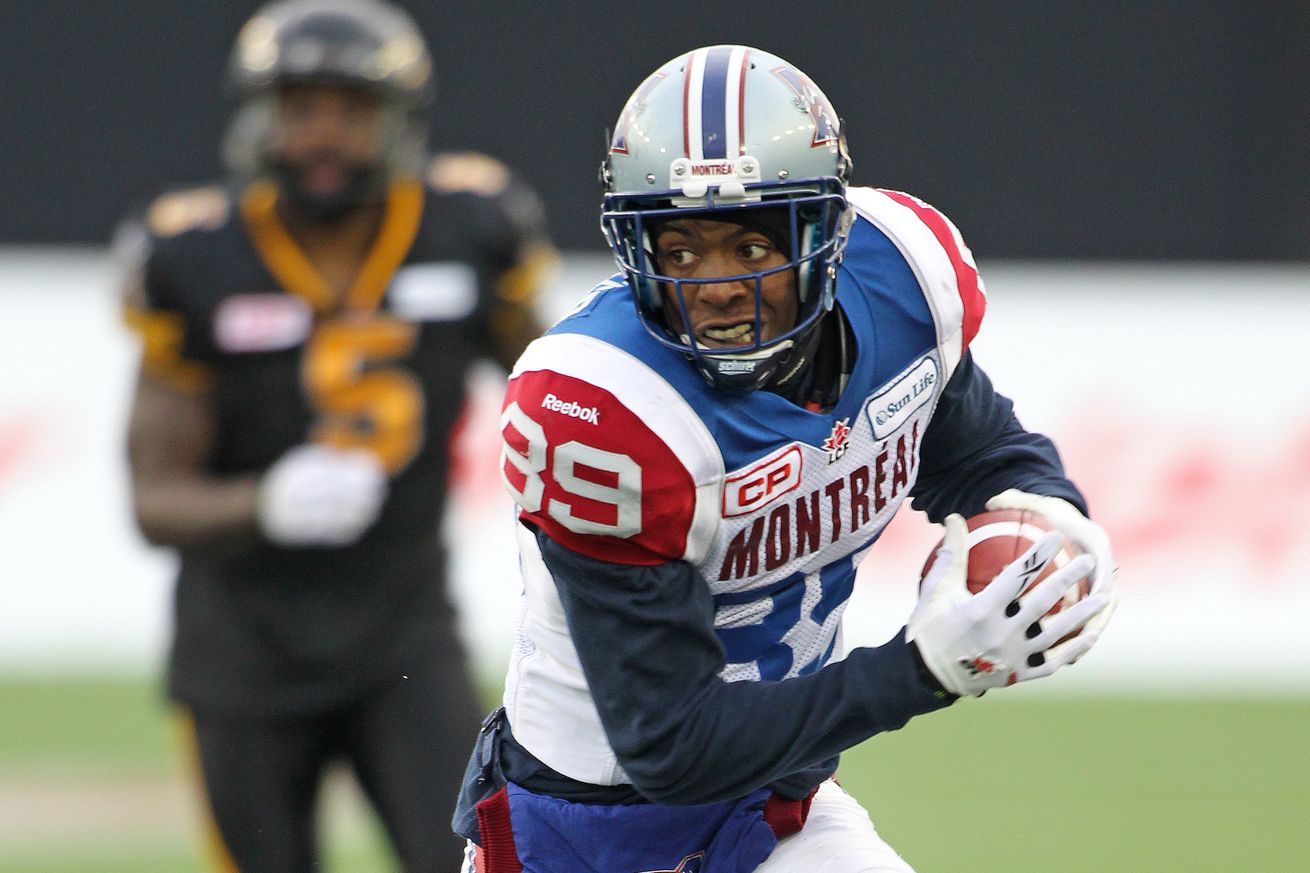 Ciante Evans -- and a lot of other guys wearing Calgary uniforms – were upstaged by Cris Carter’s kid on the weekend.

And while this is a space for former Huskers playing professional football in Canada, it would be burying the lede somewhat to not give some priority to Duron Carter, the son of the Hall of Famer who talked a big game in the lead up to Saturday night and then, somehow, backed it all up.

Duron Carter, who has had a tumultuous, yet statistically impressive three-plus seasons as one of the CFL’s top receivers, was moved to defensive back for the Saskatchewan Roughriders’ game in Calgary. And, no, you’re not the only one who reads that and wonders what the hell anyone was thinking.

The Riders, in the battle for the CFL’s final playoff spot, chose to move their top receiver to the defensive side of the ball, and everyone watching prepared to lampoon them in the post-mortem for what could only go down as one of the stupidest moves in football history.

Carter finished with a modest two tackles, but had a game-sealing interception he returned 43 yards for a touchdown as Saskatchewan won in a must-win situation and in the process handed Evans and the Stampeders a 30-7 defeat, Calgary’s first loss in 17 straight home games.

Evans finished with one tackle and added to his career-best interceptions total, notching his fifth pick of the season to give him seven in 33 career games.

Calgary, however, will have to monitor the health of Evans, who the Calgary Sun reported suffered “an undisclosed injury” late in the game.

With the Stampeders long ago having clinched a playoff spot, and assured of the No. 1 seed in the West Division and its first-round bye, Calgary has the luxury of going lightly on Evans. With just two games remaining in Calgary’s regular season, plus a first-round bye, Evans could get nearly a month of rest if he needs it.

Former Husker Jermarcus Hardrick once again anchored the Bombers offensive line, and was a key lead blocker on a 28-yard touchdown by receiver Weston Dressler that tied the game in the second quarter.

The Bombers rushed for a mere 35 yards on just 12 carries, but the offensive line also didn’t surrender a sack.

The Blue Bombers, who have two games remaining, host British Columbia Saturday with once again a win gaining them that coveted home playoff game.

Carter was named the CFL’s top defensive performer of the week. He is expected to play both ways in this week’s game against Montreal … The Ottawa Redblacks, with former Huskers Brett Maher and Jonathan Rose, will play their final game of the season Friday against Hamilton and then have a bye in Week 20, their second by in the final three weeks of the season. Ottawa sits one point back of Toronto for top spot in the East Division.

10 Important Points To Consider Before Renting A Self Storage