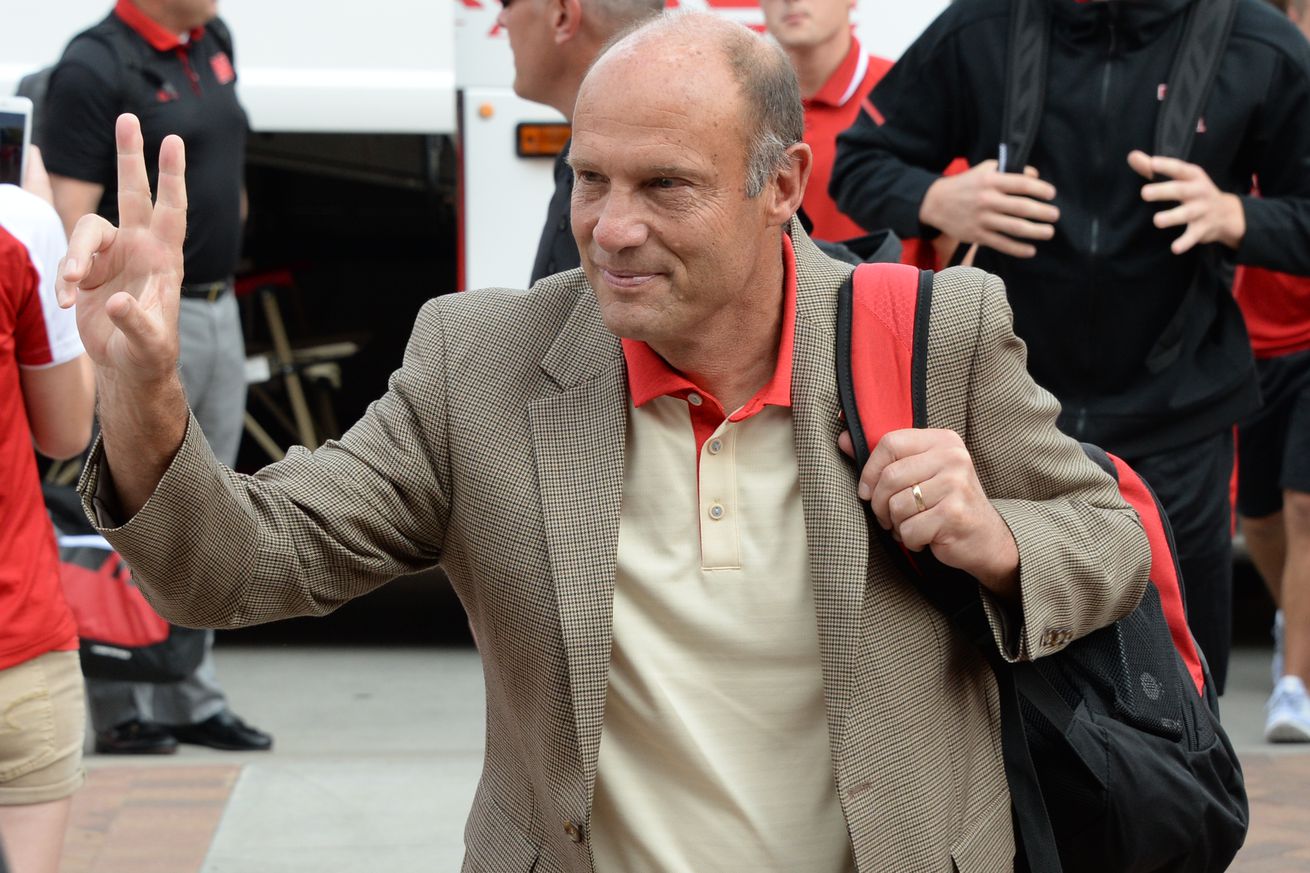 Good afternoon! Nebraska Head Coach Mike Riley spoke to the media today. In his weekly address to the hordes, Riley talked a review of Arkansas State and a preview of Oregon, along with fielding questions from reporters. Let’s begin!

Not good news about DeMornay Pierson-El.

Tre Bryant has a sore knee.

Tre Bryant won’t practice today, per Riley. His knee swells, which happens periodically, so days off are expected for him. #Huskers

Marcus Newby, Tre Bryant and DeMornay Pierson-El will be held out of practice today, per Riley.

Mike was very pleased with the running game on Satirday, and very happy with Tre Bryant’s performance.

Riley: "When you run the ball like that (against Ark State) you have a good chance to win the game" #Huskers

Riley said the decision to stick w/ Bryant all game was a hard one. Said Mikale played well and Ozigbo is "playing his best ball." #Huskers

While Riley was complimentary of Special Teams on Saturday, the Punt Return for a TD by the Red Wolves had him bothered.

It was a simple case of players getting out of their lane when they see the ball on the ground, per Riley.

Riley describes Oregon's Autzen Stadium as one of the toughest places he's coached. Says its among the 5 noisiest opposing venues #Huskers

On to Oregon, where Riley is very familiar with Autzen Stadium & how the Ducks crowd will influence the game.

Riley: "Exciting to go back to Oregon. Unique, personal opportunity. Too many hard times in Eugene." #Huskers

Riley did note that the Ducks ran the 3-4 under Chip Kelly & have returned to it under Willie Taggart.

Speaking of the 3-4 defense, Riley was asked about the lack of Bob Diaco at the postgame presser after the game Saturday night.

Said it was a "pretty innocent thing turned into a bigger thing."

Riley: "Diaco has been great with media. Will speak after practice today." Riley takes blame for no Diaco Saturday. #Huskers

I buy that to a fault, and good on Mike for squashing the issue. Also, good on Diaco for realizing the after game effect. That being said, maybe Bob coud have sat for 10 minutes afterwards on Saturday once he saw Danny Langsdorf in front of everyone.

Riley measured the yards gained and not so much the points after dissecting the Defensive film vs. the Red Wolves. Riley was pleased with the lack of big plays, and noted that the biggest play for the Arkansas State offense (29 tards) was due to a seven yard route that became a bigger gain because of a missed open field tackle.

Riley also noted that DiCaprio Bootle, Eric Lee & Lamar Jackson all saw a lot of snaps at Cornerback, and performed admirably. No questions were asked of Riley about scheme within how Nebraska seemed to use nickel/dime much in the game.

The Huskers will head to Eugene to take on the Oregon Ducks this coming Saturday afternoon.