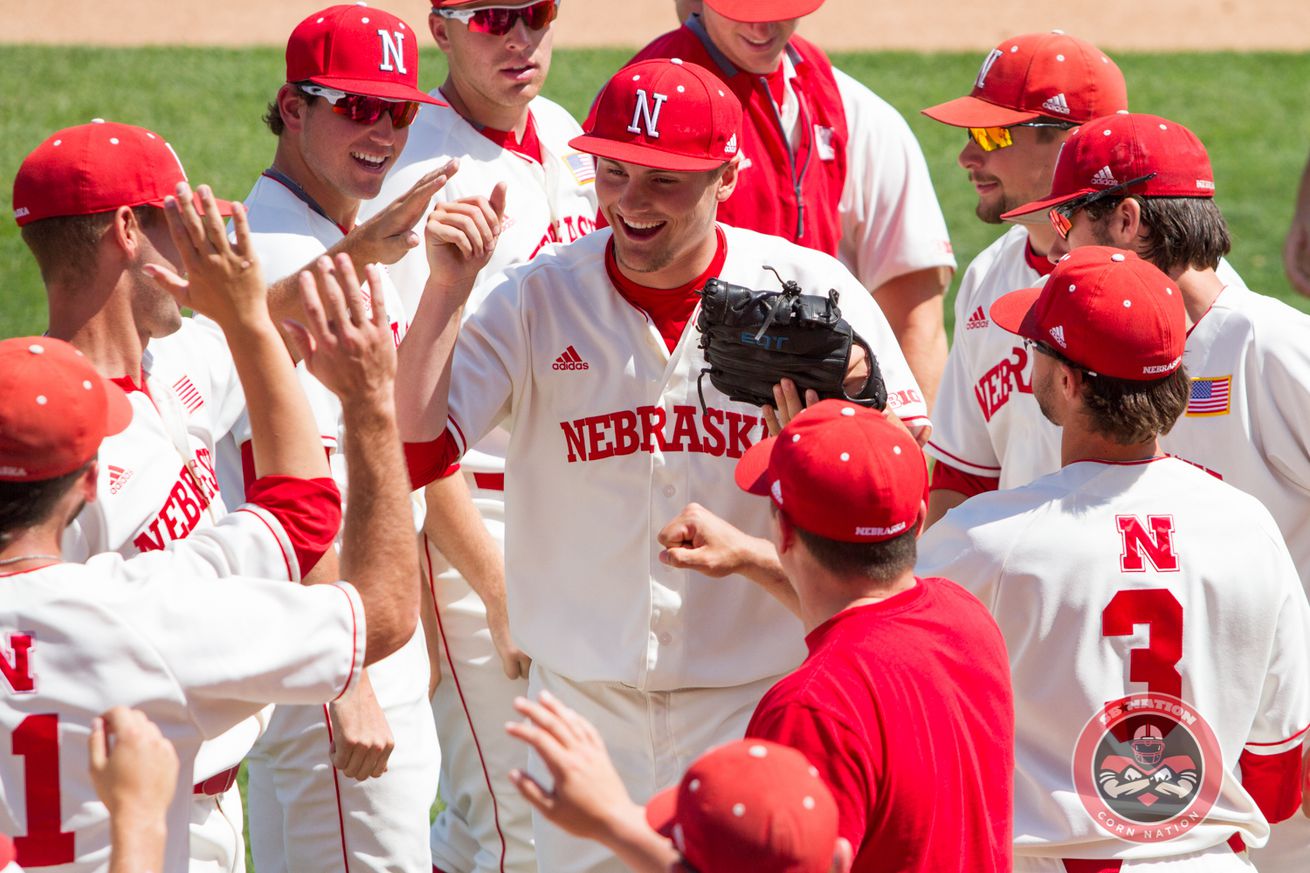 The Nebraska Cornhuskers opened their three game series against the College of Charleston Cougars with a 10-1 victory Friday afternoon at Hawks Field. Nebraska used a big day from Scott Schreiber who had a home run and two doubles to propel the Nebraska offense. Jake Hohensee was sharp, allowing four hits while working a career high 6.2 innings.

Modern Rugs in Celebrity Manhattan Ho…
28% of Americans are Free to Smoke Un…
UNDER WATER - Farmers Fields Cannot b…
Mental Illness in YA Month Reading Li…
The One That Got Away: Legendary Albu…

The Huskers scored a pair of runs to open the scoring in the second. Doubles from Schreiber, Luis Alvarado, and Jesse Wilkening got the Huskers an early lead. Schreiber would double the lead in the next inning when he hit a home run off of Cougar starter Jakob Frishmuth.

The Cougars would get a solo home run to crack the scoreboard in the fourth inning. Logan McRae hit his sixth home run of the season off of Hohensee.

Nebraska struck back against Frishmuth in their half of the fourth when the Huskers sent nine men to the plate scoring five times. The big blows in the inning where Jake Meyers single that platted two, and Schreiber with a double which stretched the lead to 9-1.

Alvarado and Jake Schleppenbach would both single in the fifth, with Alex Raburn driving in Alvarado on a groundout to push the score to 10-1.

After racing out to an early lead, Nebraska would let Hohensee go to work. The Junior threw a career high 6.2 innings with four strikeouts against three walks.

Hohensee would be relieved by Matt Waldron who threw a scoreless eighth inning, with Connor Curry getting the ninth. With the win the Huskers claw back to 7-8 on the season. The Cougars drop to 8-10 with the loss.

The Huskers and Cougars return tomorrow afternoon for game two of their three game series. Derek Burkamper is scheduled to get the ball for the Huskers who look to match their season high win streak with a win.

DIY – How to Insulate Your Attic