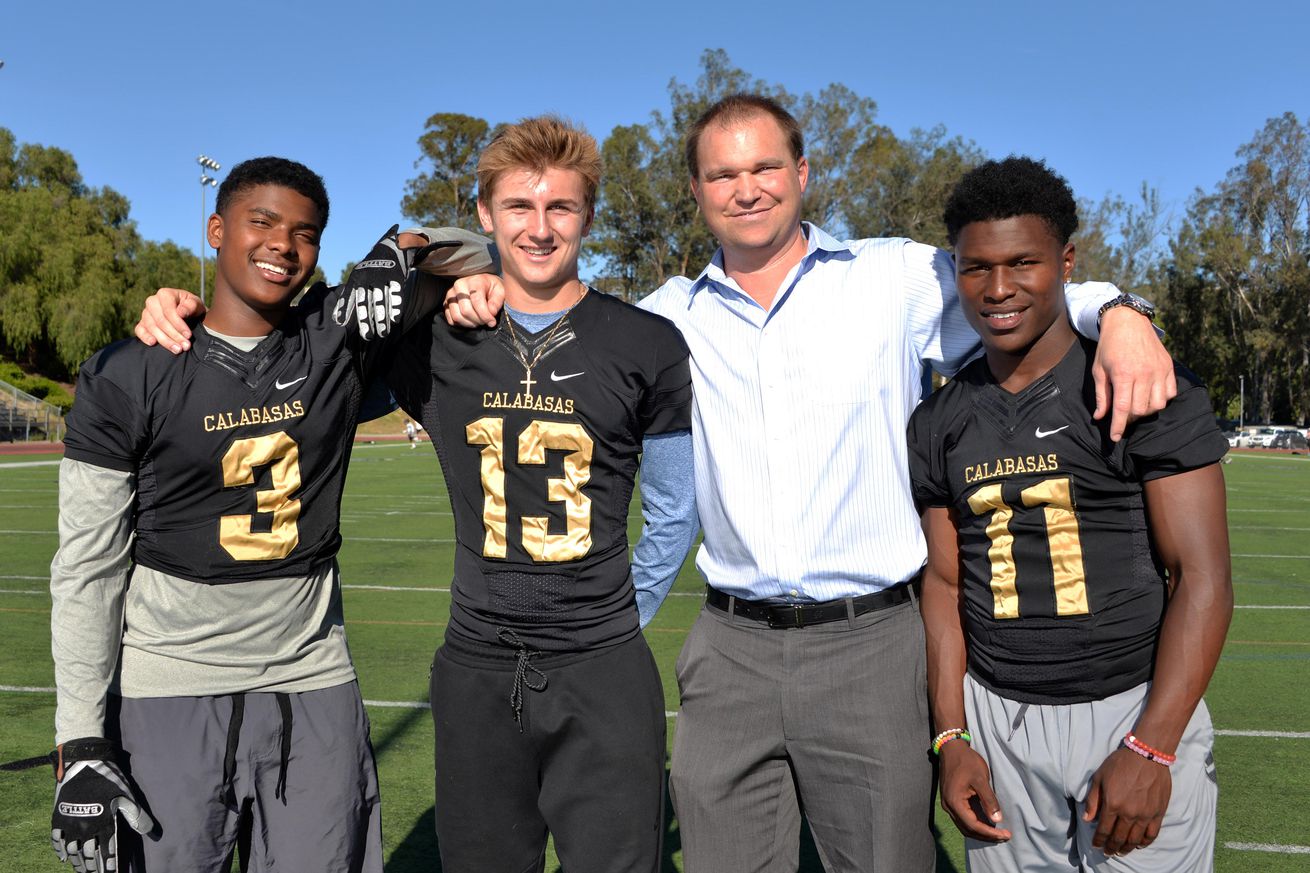 A nice video as done by our athletic department.

This is a really nice video as done by the Nebraska athletic department. In it six Nebraska early enrollees are talking about why they chose Nebraska. Those enrollees are quarterbacks Tristan Gebbia and Andrew Bunch, receivers Jaevon McQuitty and Keyshawn Johnson Jr, linebacker Avery Roberts, and offensive lineman Broc Bando.

I hope the early enrollees all do well and we’re not swearing at them and wishing warts upon them in the future.

4 teams that could close the strongest on National Signing Day 2017 - SBNation.com

These schools could make up the most recruiting ground in the final week before National Signing Day.

The big man was a dominant force on both ends. It’s become a trend for him against the Cornhuskers.

The Northwestern game last night was hard to watch. Games against Northwestern frequently are, because the Wildcats have a way by which they dragg you into an alley and slowly beat you to death like underpowered drones. It's been that way for years, except that this time they're not nearly as underpowered as they used to be.

The subject of firing Tim Miles comes up after every game like this. I happen to think it's because Nebraska has had little to no success at basketball over the years, so we're less likely to give anyone much room in building of program. Another on the CN staff feels that it's because we treat basketball like it's Football and there's a great deal of truth in that.

Put it this way, last night Michigan annihilated Indiana 90 - 60. The game occurred at Ann Arbor. This is how home games go frequently in Big Ten basketball. No matter who the teams are it is extremely difficult to win on the road.

We have a ways to go comment and we should get Ed tomorrow back soon (hopefully). No matter what happens the rest the season I believe that Tim Miles should get another year because of the talent he has assembled in the talent that's coming in.

Sichterman picked NU from two dozen offers, including about half of the Big Ten. That list did not include Wisconsin, but the Badgers were probably the program that Sichterman knew best.

Ten suspended Gophers football players allegedly involved in a sexual assault begin a closed-door hearing Thursday on their plea to stay enrolled at the University of Minnesota.

Bracketology: A first look at the bubble for 2017 - SBNation.com

Northwestern, in decent position to earn its first NCAA bid, is one of the many teams up for discussion with six weeks to go before the field of 68 is revealed.

This is how rare it is to be a blue-chip college football recruit - SBNation.com

Be sure to read this before signing day so you have an idea of how rare top recruits are.

Ann Arbor – The tiny gym at Ann Arbor Clague Junior High was packed Thursday afternoon with basketball fans anxiously awaiting to get a glimpse of 6-foot-6 Emoni Bates, ranked the No. 1 rated seventh-grader in the nation by one recruiting website.

PJ Fleck Minnesota contract: buyout, base salary and other details from memorandum of understanding - The Daily Gopher

NHL referee delays announcing penalty to yell 'F*** YOU! F*** YOU!' at someone - SBNation.com

Despite being accused, I was not officiating hockey at this game. In fact, I have never yet been on ice skates. Rollerblades, yes, but not ice skates.