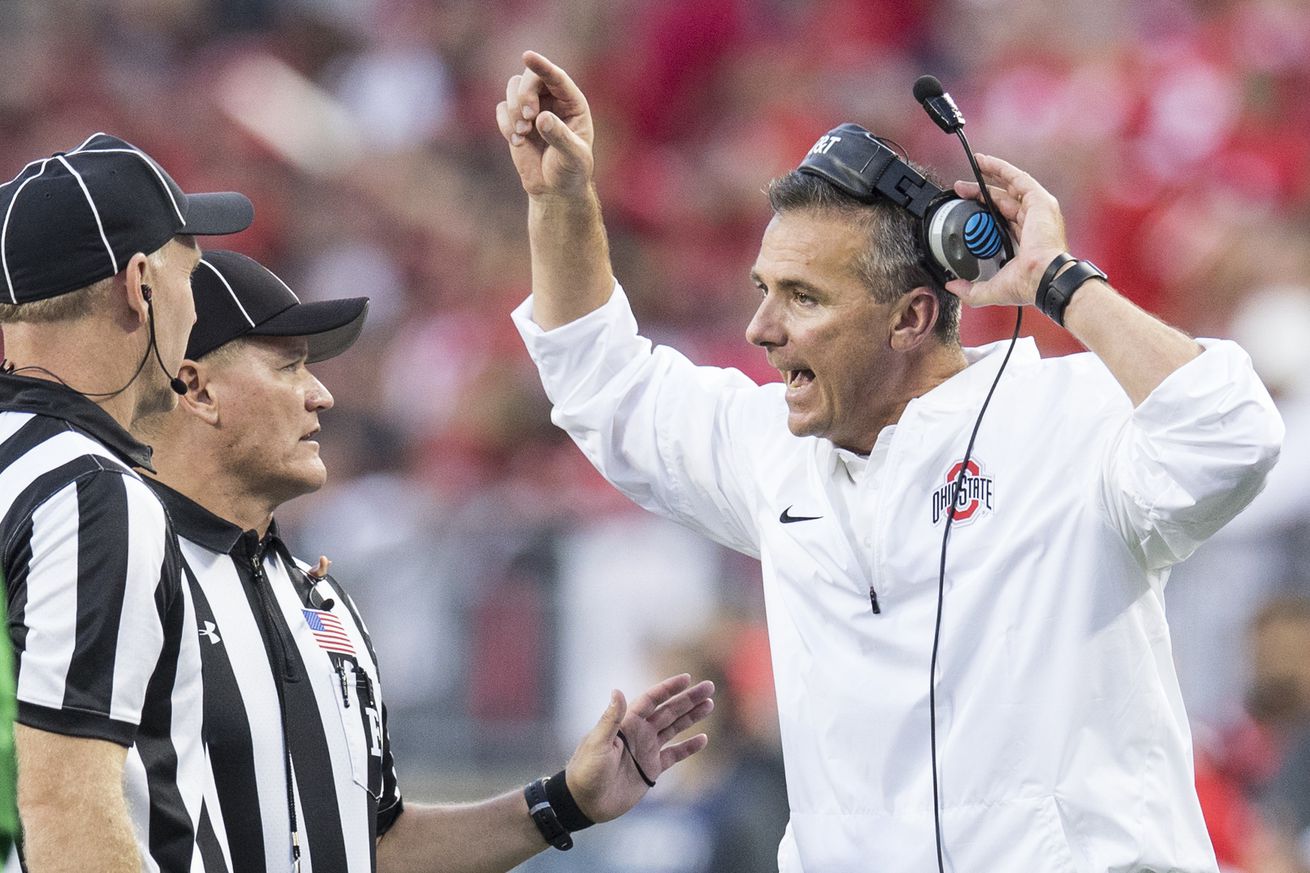 We are picking some big games this week, come find out who we think will win!

Greg: Well, here we are...the Rapture. The Cubs have won the whole damn thing. Now Nebrasketball will not only make it to the NCAA Tournament, but win a darn game! And the Blues will win the Stanley Cup.

Brian: The ground doesn’t seem frozen! I see no pigs in the air! I WAS LIED AND WAS TOLD THE WORLD WOULD END. Damnit, now I have to pay my taxes again.

Andy: My joy for genuine Cubs fans is surpassed only by my hatred for the bandwagon, yuppie bro-scum in month-old Cubby gear who are stomping around today begging to be recognized as lifelong fans . They should be most grateful for what meager gun laws we have, lest their behavior be rewarded in a fashion commensurate with their epic douchebaggery. That’s behind us now - let college FB take center stage as it should.

Jill: I watched three major league baseball games all year and all three were in the past week. Two of them were wasted time. Why is there an entire network devoted to the sport again? The NPR story about Chicago cemeteries being decorated for deceased Cubby fans that did not live to see this day was pretty cool though.

Greg: Penn State has quietly become a damn good football team, with their only losses being a a close one in week 2 to Pitt and a big loss at the Big House. And they’re the only team so far to beat Ohio State. Iowa had two weeks to prepare for this game, but I like the Nittany Lions (though I like the Knittany Lions better) to win this game, 27-17

Paul: I’ll go with Greg. Penn State is playing a lot better than they were when they lost to Pitt. Penn State wins 31-21.

Brian: What makes anyone think that the Hawkeyes are going to be any more dynamic than they are right now? Meanwhile, Penn St has a tolerable team and has seemed to come around this year. Give me the Lions by 10.

Andy: Iowa takes their Jekyll & Hyde act into the Den of Sickness that is Happy Valley. The DOJ just dropped a record $2.4 million fine on the villains and perverts of that queer institution, but unfortunately that will be the Nittaninnies only loss this week. A night game will have those freaks unglued. They will suck down mountain whiskey, paw each other in the stands and hoot uncontrollably sometimes at shit that isn’t even there. Iowan’s will only want to escape with their lives & flee back to the crushing boredom of Iowa City. Penn St. 41 Iowegia 27

Jill: I don’t want to root for either team. It’s better for Nebraska is Penn State wins, but I trust the Huskers to take care of business on Black Friday. Let the overhype gear of Iowegia engage for a week ala 2015. Hawkeyes 27 Lions 24

Mike: Iowa is still a bit of a fraud. Take State Penn in this one. State Penn 27, Squawkeyes 17

Greg: This game will be a nail-biter for Wisconsin, who SHOULD win a close game. But it wouldn’t surprise me if Northwestern pulled out an upset at home. The Wildcats have some players, and Nebraska fans would appreciate the help in seeing Wiscy lose a couple more times down the stretch. But I think Wisconsin squeaks this one out 20-17.

Paul: A Northwestern win would REALLY help Nebraska’s chances of getting to the conference championship game. I’m going with hope. Northwestern over Wisconsin 31-30.

Brian: Nebraska is going to be cheering big time for the Wildcats, and maybe they are going to be the team that gives the Huskers the extra game to breathe with. Come on nerds from Evanston!

Andy: Wisconsin faces one more battle before getting a softer road to the finish than their recent Bataan Death March through the Top 10. They have dropped four games in front of Evanston’s mostly indifferent crowds since last winning there in 1999. This weird streak ends Saturday. Wiscy 24 NW 13

Jill: I really would love for NW to do NU a solid and put an “L” on the Wiscy schedule. The fact that I still type “NW” for them means they probably don’t care what I think. I should also mention I am bad at these predictions. UW 27 NW 24

Mike: There’s no reason why Wisconsin hasn’t beaten Northwestern in Evanston other than a jinx, and Chicago area jinxes are now dead. Wiscy 27, NW 17

Greg: I still think that LSU is playing with house money, as while they are competing and winning games, I always feel like you get the benefit of the doubt when you have an interim head coach. And I think they are going to throw everything they have at Bama. I’m actually going to take LSU on this one because I think the Tide will be looking ahead a couple weeks to the big matchup they have on Nov. 19 with Chattanooga. Yes...they #1 team (currently) in the country scheduled a weak ass non-conference opponent for their second-to-last game of the regular season. Ladies and gentlemen, the SEC. LSU 38 Alabama 34

Brian: If you can find a better D this year than Alabama, let me know. Tide by 13.

Andy: Stay away from this place kids. Following night games in The Swamp , dead bodies resulting from celebration accidents and minor southern disagreements are loaded into salvaged army trucks and dumped into the bayou where they sink into the muck never to be identified. It’s just easier.

BTW, I also think LSU makes a battle of this. Wild-eyed freaks like Da’ Coach Ed seem to unsettle Saban & god only knows to what lengths Orgeron will go to fire the Tigers up. Mike the Tiger is dead but Ed just might go buy a new one on the exotic animals black market & turn him loose in the Alabama visitor section just to laugh at the carnage. Bama always stubs their toe. LSU 30 Alabammer 26

Jill: Coach O won’t know what hit him. He still might get the job anyway. Bama 38 LSU 24 Also, Andy is correct in telling you to stay away from the general vicinity of this gridiron contest. Don’t do it. Just don’t. Unless you are heavily armed and accompanied by a live Tiger.

Mike: Prime time in Death Valley usually is worth something, but not against this ‘Bama juggernaut. Tide 34, Tiggers 13

Brian: I think this is a good bounce back game for the Hogs. They win against a East foe they should power football to submission.

Jill: I picked against Florida and for Arky last week to very bad results. I picked the Arky November resurgence to happen too soon and I will overreact by assuming it won’t happen this week. Florida 32 Hawgs 21

Paul: I can’t believe I’m going to do this, but I’ll take Nebraska over Ohio State 21-17. At the very least, if you can’t take Nebraska to win outright, take the points because +17.5 is a sucker’s bet. Riley’s only double-digit loss at Nebraska was to Purdue...PURDUE. Every other loss has been a one-score loss, with only Iowa last year more than 6 points.

THE Ohio State is very very good, and the Horseshoe is a hard place to win, but this isn’t Alabama. Wisconsin and Northwestern, teams of which NU is every bit the equal, have played Ohio State down to the wire, and Penn State beat them. If we get the Good Tommy and not YOLO Tommy (although YOLO Tommy can be pretty effective too) and 4 solid quarters of play then Nebraska wins this and remains on track to get clubbed like a baby seal by Michigan in Indy.

Greg: Paul cheated. He jumped down to this one first. That’s why we’re out of order. THAT’S WHY WE CAN’T HAVE NICE THINGS! Here’s what the folks in Ohio State fandom don’t want you to know...they are scared. Nebraska is a team that is trending up. Cethan Carter could be back, providing a needed bump in the run game. In fact, I wouldn’t be surprised if they kept him off the field in Madison just to bring him back in Columbus...a little gamesmanship. I’m REALLY liking what I’m seeing from the Blackshirts, and they’ll need their best performance to date because the Buckeye offense is no joke.

Good Tommy will need to have the game of his life. I’m too old for the “False Sense of Security” Game Plan. I think that’s actually in Youngstown anyway. We know Ohio State is beatable. We know the Huskers will be coming in pissed off after last week. My prediction? Huskers 24 Buckeyes 21 DREW BROWN, TAKE US HOME!

Brian: My heart says Nebraska by 3 because the Ohio State coaching staff gets involved. My head says Ohio State just has better talent across the board & wins by 10. I’ll flip a coin and .. well, I hope I am wrong, but I simply cant see the Nebraska offense doing enough. Buckeyes by 4.

Andy: I’d love to call for an upset, but Ohio St’s defense may be harder to score on that Wisconsin’s. Like it or not, I get the feeling we’re still pretty banged up on that side of the ball. Both coaching staffs have done some pretty silly shit in the last week or two, so I’m not seeing an advantage there. That being said, the Buckeye offense has been sputtering, so our defense gets yet another week without facing an explosive scoring threat.

I think 17.5 is way too many points. Ohio St. does have a great deal of young talent but they seem to have their heads up their collective asses recently. I don’t think we’re winning, but I will bet we compete again and make it interesting. OSU 23 Huskers 19

Jill: I agree that the point spread seems like it’s begging for Nebraska money in Vegas. Realistically, they aren’t wrong. This game is in Columbus, tOSU has superior athletes across the board. They have superior coaching (minus Beck) even when I factor in the newfound respect I have for Riley’s staff this season. Name a position where Nebraska has a better player than the Buckeyes? OK, so we stole their QB recruit and made him our holder.

Our biggest advantage is that we are catching them at a time where they are questioning their ability and the Huskers are validating theirs (and getting slightly healthier). I’m going with my heart. Nebraska 24 OSU 20 The Huskers need a defensive or special teams score (GO DPE!) to make up the difference against this talented Buckeye defense.

Mike: This game is going to come down to Nebraska’s defensive line disrupting Ohio State’s offensive line. If it doesn’t happen, it could get ugly. I think the Big Red will keep it respectable, but it should knock Nebraska out of the lead for a trip to Indy. tOSU 31, Huskers 14