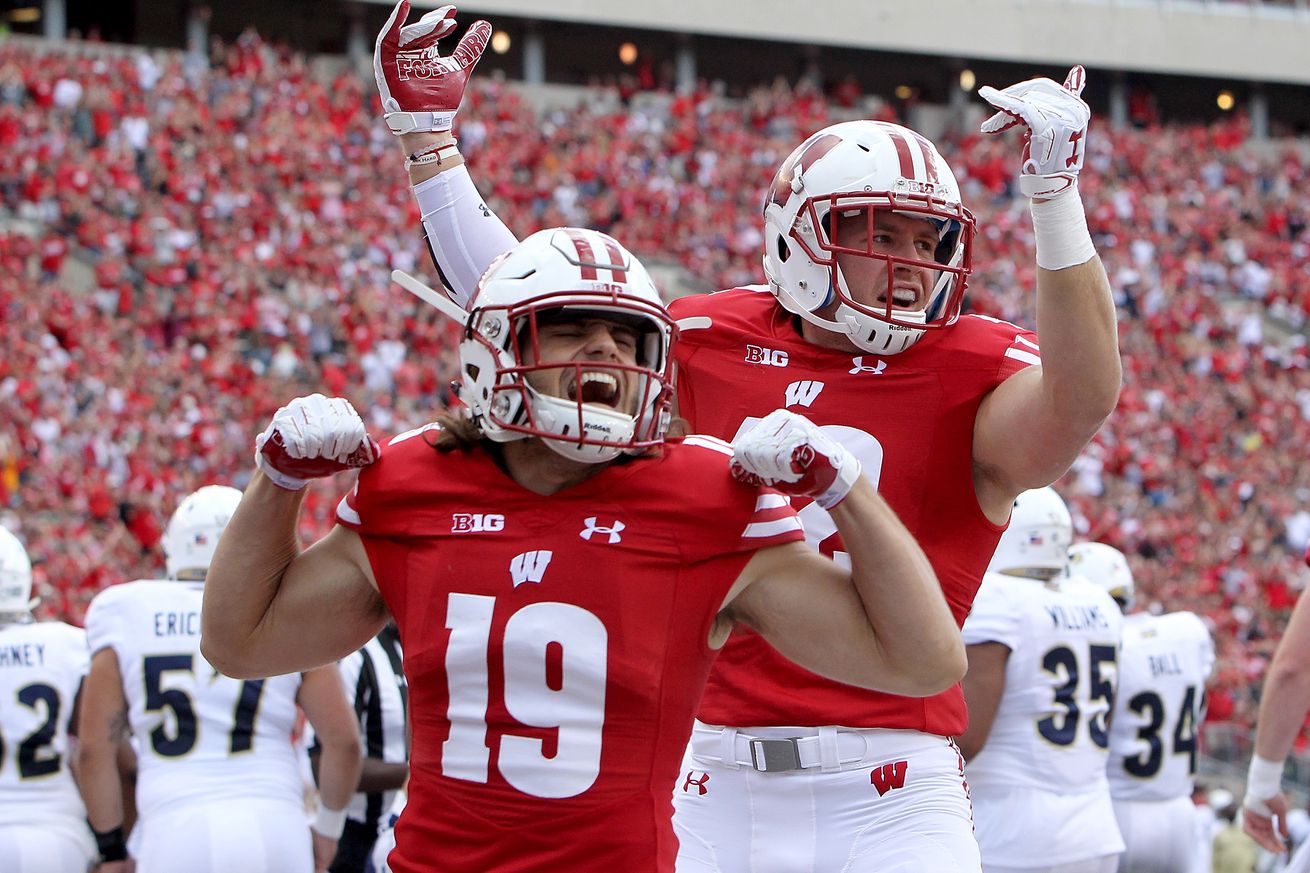 What happened this weekend? A few things stood out.

A few things stand out over the weekend:

The first is Wisconsin’s destruction of Michigan State. Wisconsin had two things that set them apart in this game. They had an exceptional pass rush, and they had a pretty decent passing game led by their redshirt freshman Alex Hornibrook. The Badgers have now beaten two top 10 teams. More on that later.

The second was how bad Iowa’s offense looked against Rutgers. Maybe it’s just hard to play football in New Jersey, but Iowa’s quarterback CJ Beathard third didn’t look crisp and the offense had no fire or no spark. The Hawkeyes don’t have any game changers and it shows. Rutgers lost their best playmaker, Janarion Grant, otherwise Iowa might not have been so lucky.

The Big Ten West outlook has completely changed. Wisconsin looks like a potential contender for the Big Ten title, while Iowa looks like they’re going to have a rough season. It isn’t nearly the doormat it was thought of throughout the off-season and that’s a good thing for Nebraska.

The Orange and Blue start their Big Ten season in Lincoln next Saturday.

The first week of actual classes didn’t help out the grades.

What went right and went wrong against Rutgers?

Which stats can help us understand what happened in Iowa's game with Rutgers yesterday?

Minnesota Football vs Colorado State: The Good, The Bad, and The Ugly - The Daily Gopher

There’s only one place to put the blame for this one.

It’s fair to be disappointed with yesterday’s outcome, but this team is improving each week.

A roundtable discussion of a huge win in East Lansing.

Lots and lots of LSU, mostly because Les Miles was a really fun guy to have around and he’s been (temporarily?) replaced by Ed Orgeron who might even be more magical.

Why LSU had to fire Les Miles | FOX Sports

The clock ran out on Les Miles twice in one weekend. It’s hard to imagine a national championship coach’s 12-year tenure ending more cruelly yet fittingly than that.

Reports: LSU Has Fired Les Miles - And The Valley Shook

And the end has finally come.

Les Miles lost his job because he refused to evolve like Nick Saban - CBSSports.com

The downfall for Les Miles was undoubtedly self-inflicted. No matter how likable he was, how many games he won in the past or how often he ate grass, Miles stubbornly refused to evolve on offense.

The 4 biggest names to know in LSU’s coaching search - SBNation.com

By parting with Les Miles, the Tigers sort of joined the early-firing trend, and sort of didn’t. Here’s what we know now about what happens next.

FIU’s announcement of Turner’s dismissal could not have come at a worse time.

Scott Frost promised big numbers on offense when named the head coach of the UCF Knights last year and against FIU his offense delivered as the Knights had 501 total yards of offense, zero turnovers, and dropped 53 points on the road for a 53-14 win over FIU.

Arkansas vs. Texas A&M 2016 final score: 3 things we learned from the Aggies’ 45-24 win over the Razorbacks - Team Speed Kills

The Hogs and Ags didn’t have a nail-biter, but both proved their worth in Arlington.

“Briles has devoted his life to molding the lives of young men,” Starr said. “A grave injustice was done to Art Briles. Coach Briles has been calumnied...it's completely unfair.

Narrative crowded out an accurate assessment of the game.

The Top Whatever is Spencer Hall’s ranking of only the teams he feels like ranking at this time.

One of the oak trees at Toomer's Corner was set on fire following Auburn's win over LSU on Saturday and police arrested a 29-year-old Auburn resident on charges of desecration of a venerable object.

If you want to read a site that gives you an honest run-down of health reporting, this is it.

Exercise can cancel out the booze? Association ≠ causation - HealthNewsReview.org

CNN reports: “Exercise can cancel out the booze, says study.” No, it did not. What the study, in the British Journal of Sports Medicine, stated was “We found a direct association between alcohol consumption and cancer mortality risk.” And – repeat after me – association ≠ causation. So a statement of causation – such as “exercise can cancel out the booze” – is an overstatement.