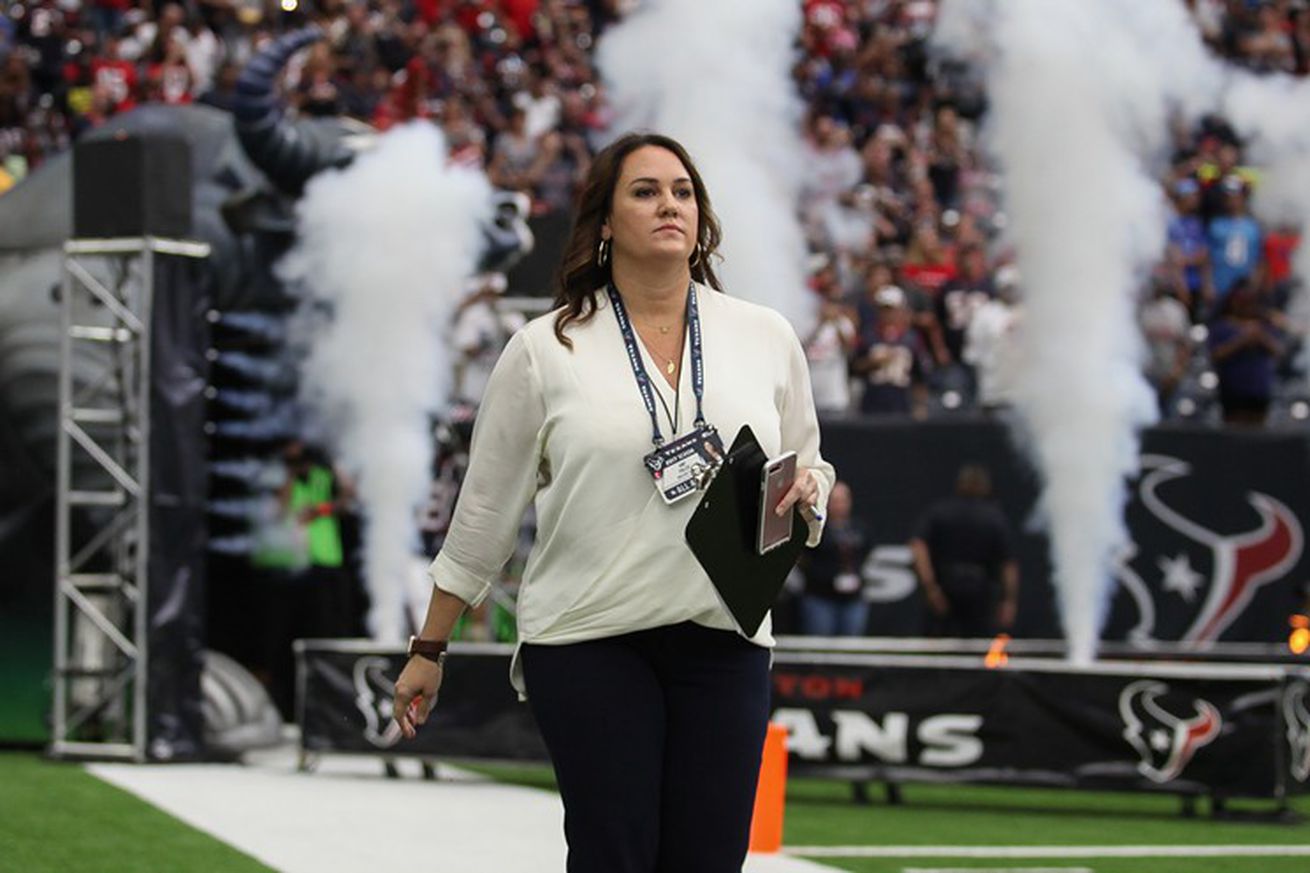 Want to get Jaguars news straight to your inbox every Tuesday and Thursday?

Subscribe to the Keep Choppin’ Wood newsletter and get analysis, opinion, and even the occasional mac n’ cheese recipe!

Bikepacking - A Brief Introduction an…
The EIGHTH issue #2 Review I More act…
A white teacher’s reflections on the …
Should you be investing now?
Cara Delevingne y Ashley Benson han r…

Happy Tuesday, everyone! We let go of a not-so-good player and hired a very good communications lead. It’s a good day!

Here’s all the Jacksonville Jaguars news that’s fit to print, or find from around the Internet.

One of the most highly regarded public relations people in the NFL is back in the game.

I’m thrilled to be able to announce a very important addition to the @jaguars. We’ve hired @amypalcic to lead our communications team! Welcome to Jacksonville, Amy!

The hiring of Palcic comes roughly three months after she was surprisingly fired by the Houston Texans as one of the franchise’s sweeping and startling changes.

Tyler Eifert’s tenure with the Jacksonville Jaguars looks like will come to a close after just one season.

According to Ian Rapoport of the NFL Network, the Jaguars are expected to decline the veteran tight end’s team option for 2021, meaning that he will now become a free agent. Eifert was due around $5 million in 2021 but will now look to recoup that money as he searches for a new club once he hits the open market.

Read more about the move here.

Keenan McCardell has seen some pretty great receivers in his time as an NFL player and coach. He’s coached a lot of them during his time as a coach and, you know, he was one himself during his NFL career.

But McCardell has compared two of his newest charges, Justin Jefferson and Adam Thielen, to one of the most dominant wide receiver pairings of the late 90s and early 2000s. That combo is the former pairing of Jimmy Smith and (get this!) Keenan McCardell.

Should the Jaguars trade for Marshon Lattimore?

The Jaguars need to bolster their secondary and although both the draft and free agency will offer some attractive options, they should consider trading for proven players. Orlando Brown Jr. could be one potential target and Marshon Lattimore may be another one.

Albert Breer of Sports Illustrated recently offered some suggestions for the NFL teams with the most cap space this offseason and the Jaguars showed up at the top of the list. Before he started though, he emphasized the fact these were just ideas and not official reports.

Breer thinks Jacksonville should call the Saints to inquire about Lattimore’s availability on a trade.

Would you trade for Allen Robinson if he was tagged?

We answered some questions just a few weeks out from the NFL free agency window opening, and talked about Allen Robinson, Urban Meyer’s preferences on the offense, teal jerseys, and more.

Why Jaguars should trade up to draft Kyle Pitts

There were many reasons why the Jaguars were able to win just one game last season and having one of the worst offenses in the NFL played a big role. They knew band-aid solutions wouldn’t work, so they cleaned the house and brought in Darrell Bevell to oversee that side of the ball.

Bevell has put a few top-5 scoring offenses on the field throughout his coaching career, so he could definitely kick start the Jaguars’ offense. However, if the team’s brass wants their offensive coordinator to succeed, they will need to get him a few playmakers this offseason.

5 not-so-bold predictions for the Jaguars in free agency

With less than a month to go before the NFL 2021 offseason breaks open with free agency, we look at the Jacksonville Jaguars needs, wants and likely scenarios when it comes to the free-for-all.

Here are five “not-so-bold” predictions for the Jaguars in free agency next month.

Dabo Swinney: Trevor Lawrence will be an “international superstar”

Clemson coach Dabo Swinney has already put one star quarterback into the NFL in Deshaun Watson, and now he’s about to watch another make that jump in Trevor Lawrence. Expectations are high for Lawrence, who is being dubbed one of the best quarterback prospects ever and the biggest sure-thing since Andrew Luck in 2012. But Swinney expects him to meet — and even exceed — those expectations.

After Lawrence’s pro day on Friday, Swinney told NFL Network’s Jane Slater that he would be an “international superstar” within the next 10 years, according to The Clemson Insider.

Following successful surgery on Tuesday to repair a torn labrum in his non-throwing shoulder, projected No. 1 overall pick Trevor Lawrence is expected to be full go for NFL training camp later this year, a positive development for the Jacksonville Jaguars and Urban Meyer, who most are picking to select the Clemson signal caller.

In a recent interview this week with NFL Network, Meyer said he called for Lawrence’s Pro Day last week so he and a couple of his new coaches could get an up-close view of his talent prior to surgery.

‘’We did a Zoom call with him, and I asked him — there are three choices you have. No. 1, you can wait until March 11 Pro Day – but now you are getting near August [for a recovery time],’’ Meyer said on NFL Network, via Jacksonville.com. ‘That’s getting late because it’s a five-month recovery. It’s a six-month injury. The second thing, you can not throw. He’s probably a good enough player, but he said, ‘I’m not doing that.’

Third thing, I said why don’t you just grab the ball and go throw for a little bit? I’d like to send our coordinator and passing-game coordinator to watch. They’ve never seen him. I’ve seen him, so he said, ‘Let’s go.’”

Jaguars coaches hint that OL may not be a top need

As important as the quarterback position is, perhaps the most crucial building block for a successful offensive unit is the guys up front. You can have talent under center and at the running back position, but if your offensive line can’t allow you the time to make things happen, it’s pointless.

That’s the reason why many expect the Jaguars to be aggressive in addressing offensive line needs both in free agency, with veterans like Trent Williams available, and through the draft. Assuming Jacksonville takes Trevor Lawrence with the first pick, it would make sense if building up a strong offensive front was a top priority.

But a recent quote from head coach Urban Meyer after Lawrence’s pro day indicates the Jacksonville coaching staff may not see the offensive line as a major weakness.

COVID-19 is not the present I had expected