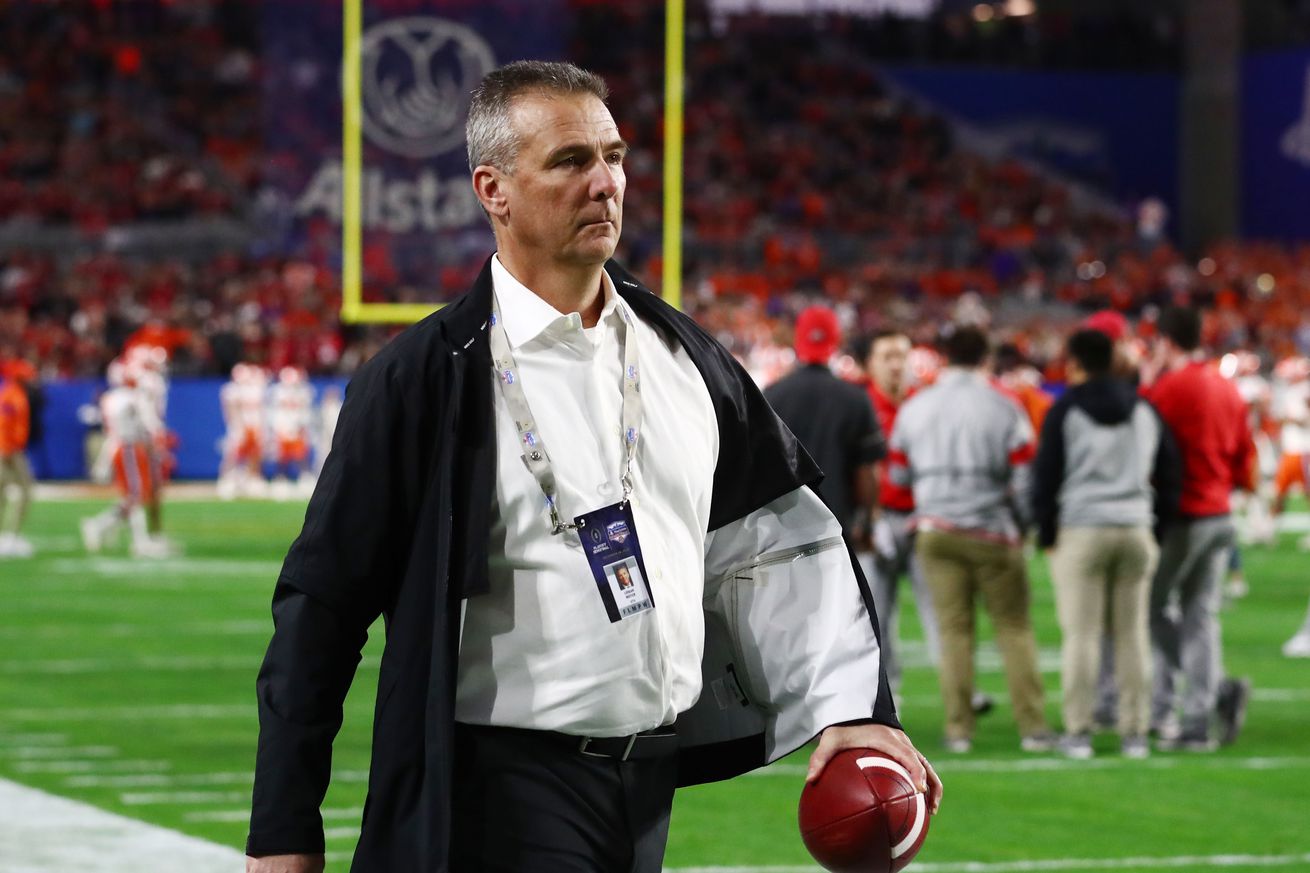 In the midst of a regime change, the Jaguars are reportedly waiting on their top candidate’s decision.

According to a report via NFL Network’s Mike Garafolo, the Jaguars are “waiting” on a decision to be made by former Ohio State and Florida Gators head coach Urban Meyer. Meyer is thought to be the team’s top target, and recently had an in-person interview with owner Shad Khan over the weekend.

Crowdfunding: A New Path for the Comi…
The Kinds of Books I Won't Read
Which Javascript Framework Is Better …
ChaCha: the Story of the Defunct Huma…
Eye On Design: Wolf Kahan Tuxedo Owne…

From NFL Now on @nflnetwork: The #Jaguars are waiting on Urban Meyer, who seems like he's still trying to decide what he wants to do. Figure this comes to a head one way or another soon. pic.twitter.com/168QC9kV0h

As has been the case throughout the entire process, it is unclear whether or not Meyer would feel his health is in the right place to take on another head coaching gig, even at the professional level. Garafolo mentions that Meyer has not been “full steam ahead” as far as taking the job or making a strong push to take the job.

“The conversations that I have had with regard to that situation over the last 24 hours or so, I’m not getting that sense at all,” Garafolo added. “Meyer’s trying to figure out really what he wants to do here, are there other opportunities that maybe he would wait for, or be interested in? I think he’s kinda going through his options.”

For now, it appears the Jaguars, as with a lot of teams, are taking their time and ironing out the process. The question will eventually become, how long are the Jaguars willing to wait for Meyer? While other teams, such as the New York Jets, appear to be narrowing down their list of candidates, Jacksonville could be caught waiting too long.

As for the timing of when the Jaguars would like to make their coaching hire, Garafolo also mentions the team would like to have something done sometime this week. With many of its reported interviews already out of the way, it appears Jacksonville is nearing a crossroads.

To wait, or not to wait?

The Kinds of Books I Won't Read

Which Javascript Framework Is Better Between Reactjs Vs Angularjs?

Meyer Vacation Rentals Gives 5 Tips For Having A Successful Vacation

10 uplifting quotes on commitment that will ignite your passion