Jaguars WR Laviska Shenault ruled out against the Steelers 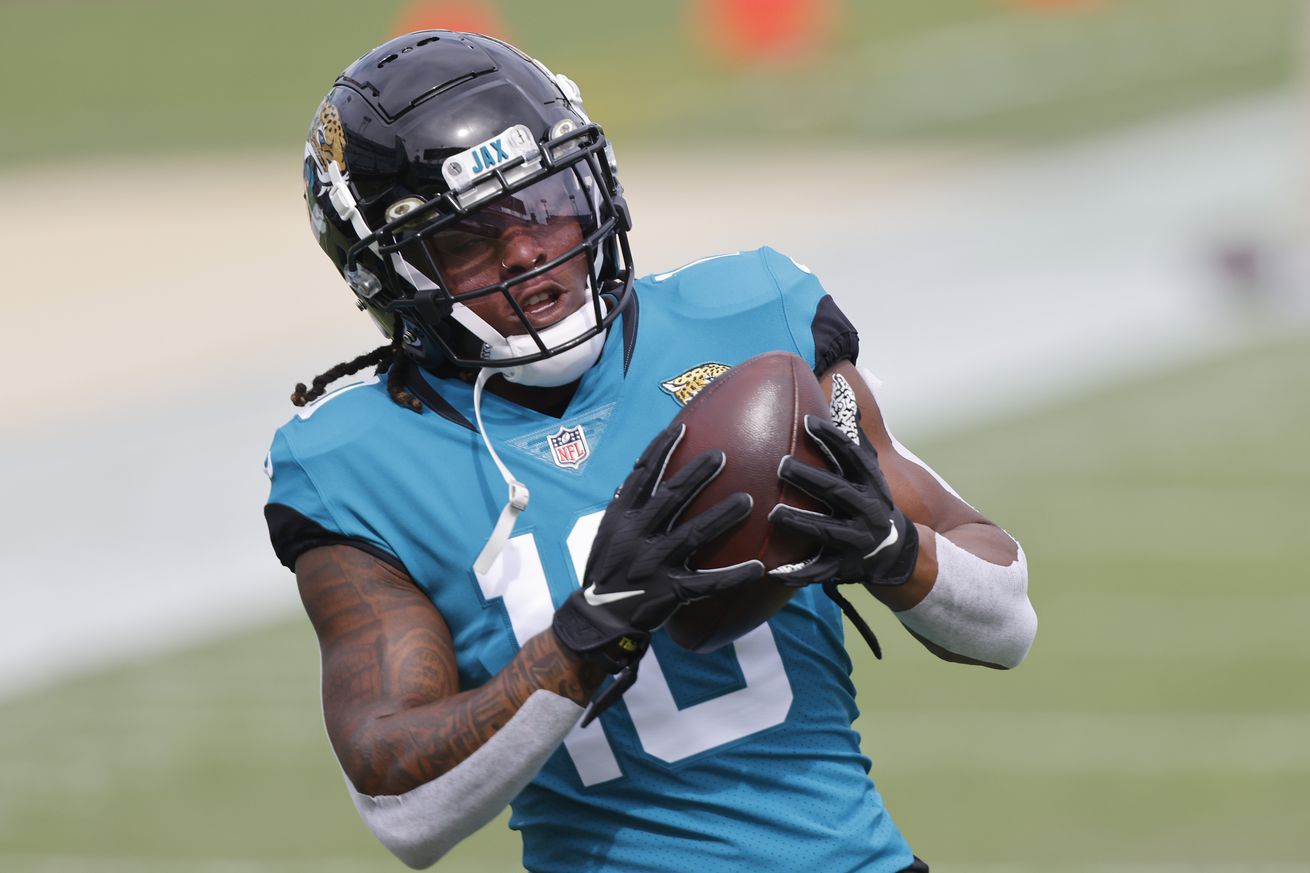 Tight end James O’Shaughnessy has also been ruled out.

The Jacksonville Jaguars will be without one of the team’s top playmakers for the second consecutive game, as wide receiver Laviska Shenault Jr. will miss Sunday’s contest against the Pittsburgh Steelers due to a hamstring injury.

Two players are OUT for Sunday's game against the Steelers.

This is a big loss for the Jaguars against a fierce Pittsburgh defense. Shenault is a player who offensive coordinator Jay Gruden likes to get involved as often as possible and in a variety of ways — split out wide, in the slot, in the backfield or even at wildcat quarterback. Shenault is also a tough runner who is difficult for opposing defenders to bring down. He has proven to be very effective with the ball in his hands.

In eight games this season, Shenault has 30 catches for 323 yards (10.8 yards per catch) and one touchdown, while adding 54 yards rushing on 11 carries. He has played 312 total offensive snaps.

The Jaguars will turn to D.J. Chark, Keelan Cole (who made a big impact against the Green Bay Packers last week), Chris Conley, Collin Johnson and potentially Terry Godwin at wide receiver.

The team also ruled out tight end James O’Shaughnessy (knee). Meanwhile, the aforementioned Johnson, cornerback Sidney Jones and quarterback Gardner Minshew II (who has missed each of the past two games) are listed as “QUESTIONABLE” for this weekend’s matchup with the Steelers.

Jaguars WR Laviska Shenault ruled out against the Steelers