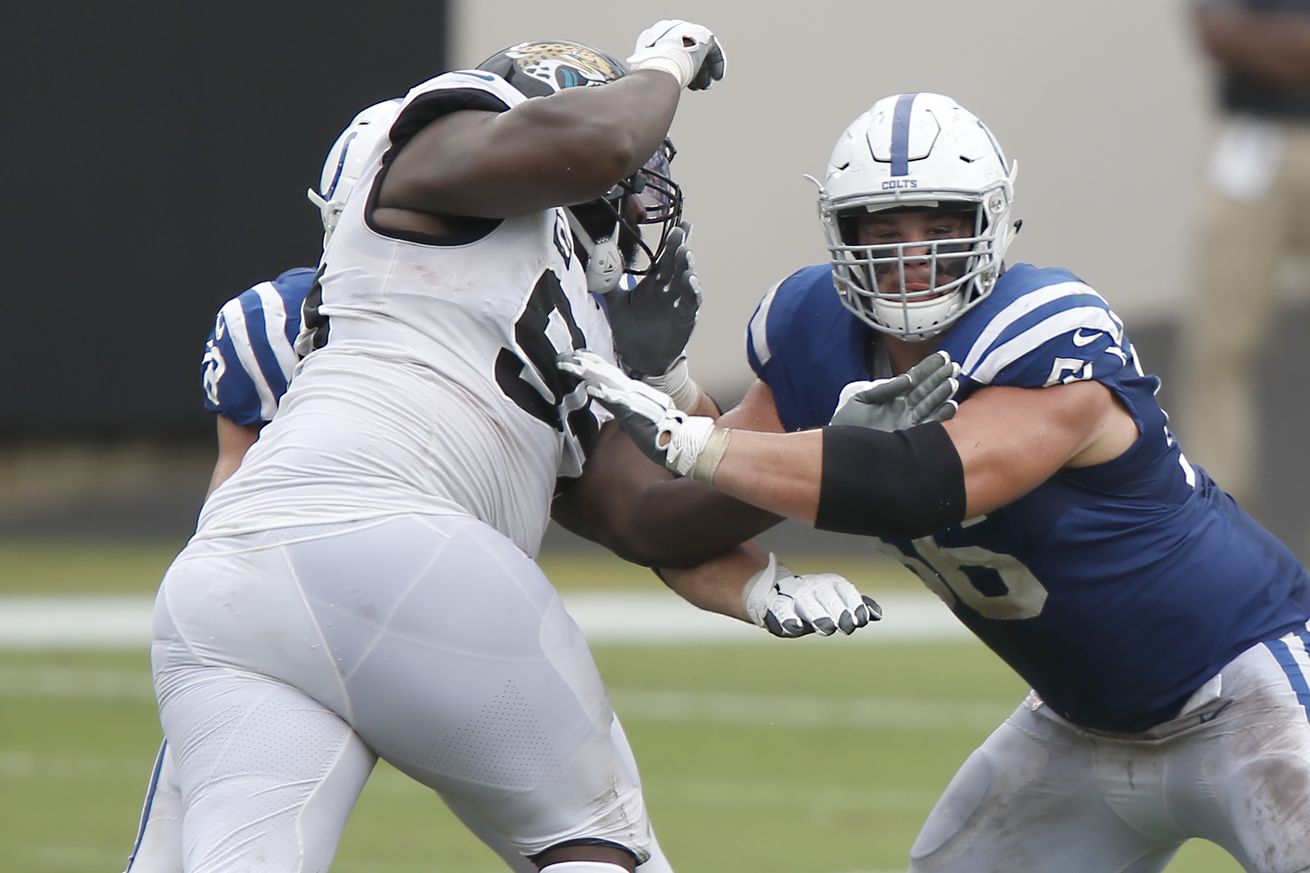 A weak point last season might become a strong suit as the season continues for the Jaguars.

It might be time to give credit where it’s due, especially when it comes to at least one aspect of the Jacksonville Jaguars’ Defense. Last season, Jacksonville struggled in one area more than anywhere else on the gridiron - they couldn’t stop the run, as simple as that.

There was nothing the team could do in order to adjust. No player that could come in to save the day, it wasn’t pretty, and there’s a reason why nearly every move made this offseason was predicated of its past failures.

Last week against the Indianapolis Colts, the Jaguars showed a glimpse of what they set out to do. While it wasn’t always pretty — allowing over 300 passing yards passing is never pretty — it was at least contained, and the adjustments made during the proved it.

“I’ve got a ton of respect for Indianapolis. Like I said, a lot have them picked to win the division, [to] go far. They’ve got an experienced o-line, they’ve got running backs, they’ve got great skills, they’ve got Philip Rivers, defensively, they’re big upfront, they’re fast, they move. So there were a lot of challenges going into the game.”

The glimpses were evident. In the past, the Jaguars would have given up the fourth-and-1 situation near the goal line which caused Indianapolis to turn the ball over during the first quarterback, but several factors allowed them to stuff it, seemingly with ease.

#Jaguars played this fourth-and-1 perfectly on Sunday. Abry Jones getting free due to Myles Jack's read and react: pic.twitter.com/xcrk5nFxZT

On the play, linebacker Myles Jack shoots his gap faster than the Colts’ offensive line can adjust. As a result, the double team planned for nose tackle Abry Jones to potentially open up a hole for Colts RB Nyheim Hines never showed up. Jones gets free and holds Hines while his teammates come in for the cleanup - turnover on downs.

“That is one we just felt really good about,” said Reich. “It was going to be our No. 1 two-point play, we liked it in general down there. I have to see the tape to see where exactly the breakdown came. That is a run we run a fair amount with the field. We thought it was going to be a good call, but they just outplayed us on that play and out-schemed us as coaches.”

The Colts weren’t shut down in the run game, either. Their passing game essentially took themselves out of getting into rhythm as an offense on the ground. But, it was the Jaguars’ defense, when it needed a big play against the run, it came — something the 2019 Jaguars couldn’t say happened very often.

This play by #Jaguars rookie NT DaVon Hamilton is impressive. Just look at how he moves Ryan Kelly, a Pro Bowl center, aside. Part of the reason why the team's run defense was stronger on Sunday. pic.twitter.com/4w0p305Aap

Part of the solution was the play of third-round selection DaVon Hamilton. While he didn’t play very much, he made the most of his snaps, generating two stops on the Colts, including this one coming on a key third-and-1 situation. Hamilton, 6-foot-4, 320 pounds, uses a quick swim move to get around Pro Bowl center Ryan Kelly, making the stop.

Those are the types of plays the Jaguars selected Hamilton to make.

Although the small victory was short-lived — the Colts went for it on fourth down and gained 28 yards to continue its drive — the glimpses are where the team ought to get credit.

“I think we have a chance to get a lot better, I think we really do,” said Marrone.

The Jaguars’ head coach felt as though, while the team did have some success, he did see times in which their positioning wasn’t always the cleanest,

“As far as holding the point against guys that have knocked us around at times and getting players off blocks, so this way we can free people up, being aggressive, I thought we had good play, with our safeties coming up and making plays.

“Josh Jones made plays, J-Dubb [Jarrod Wilson] made plays, talking about in the box, in the run game. So, I think there’s a lot of positive stuff that went on during the course of the game.”

Jones was one of the bright spots for the Jaguars’ run defense, finishing with a team-high 12 tackles, and logged the best run-defense grade of any Jacksonville defender, according to Pro Football Focus, with a grade of 79.

The Jaguars will have another big test coming up next week, said Marrone. The team will take its first road trip of the season to Nashville, facing off against the Tennessee Titans. The Jaguars have lost four out of its last five games against the Titans, partly thanks to Tennessee’s run game led by Derrick Henry.

The next test for the Jaguars’ run defense will occur in just four days. Will the glimpses be just that, or will it all finally click?

Why PDF Security Is Important to Your Company