44 days until kickoff: We beat the Giants and we were BACK, baby! 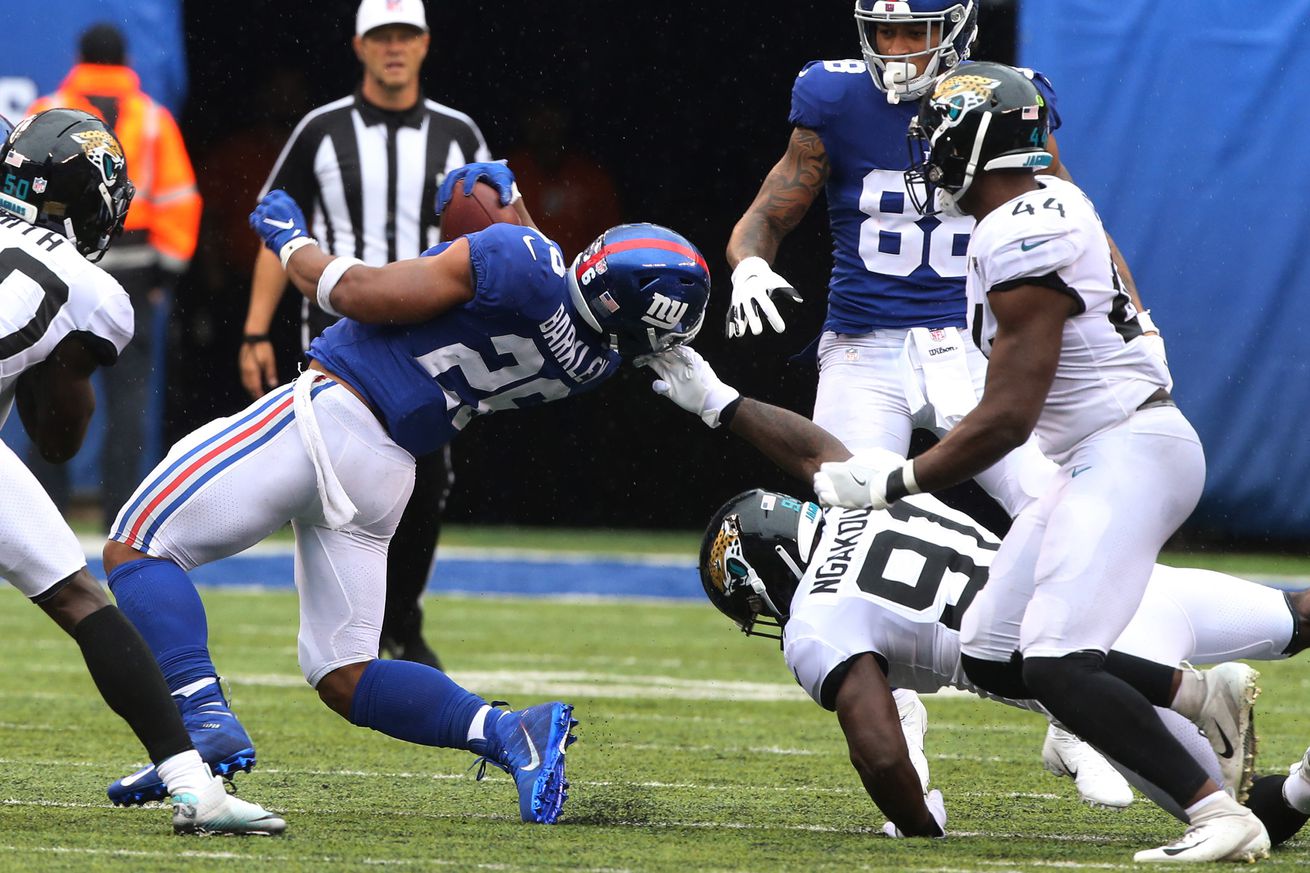 Make sure you subscribe to our Keep Choppin’ Wood newsletter! We’ll be talking all things about this team as well as Q&A’s with readers, editorials, opinions, stuff you won’t see on the homepage, and more!

We’re counting down to the 2020 NFL preseason opener between the Jacksonville Jaguars and Carolina Panthers by ranking all 51 regular season wins over the past decade.

Today at No. 44? When we beat the New York Giants in our first game after the 2017 AFC Championship loss. We were back, baby!

Before we begin, y’all remember this?

Jacksonville winning 20-15 against New York is pretty much the Jaguars most fans expected to see. Dominating defense with a grindy Offense that can struggle in the passing game. There were a couple of things we thought we learned in Week 1. We had no idea. Please do not yell.

Really outside of a single play that had at least three missed tackles, the Jaguars defense stifled the Giants offense the whole game. Sure, Eli Manning went 11 for 11 to start the game, but nothing was really gained from all of that and the Jaguars ran a lot of soft zone to keep everything in front of them. Odell Beckham Jr. has 110 yards on 11 receptions, most of which came rub routes or a chunk of yardage short of the first down marker on third and long.

The defensive line was disruptive all game long and forced the Giants into a quick passing offense with the run game being shut down.

[email protected] got beat Sunday because they got whipped up front. @Jaguars play a different brand of football and if you can’t handle them up front it doesn’t matter how shiny the toys are in the outside. #BaldyBreakdowns pic.twitter.com/ty9M443OWq

That great Jaguars defense from 2017 is back, but it might be better against the run.

We thought Myles Jack was a budding superstar

We’ve known this and it’s amazing what he’s doing on just one knee since he plummeted on draft day, but Jaguars middle linebacker Myles Jack is on his way to being a household name in the NFL. He was all over the place on Sunday, even before his pick-six. He’s settled into the middle linebacker role and gives the team a true sideline-to-sideline player. His most impressive play was actually running across the field to stop Evan Engram short for a first down on a play that appeared like it was going to gain about 15 more yards.

We thought Jaguars offense still struggled behind the sticks

The Jaguars Offense was up and down, but in the second half in particular it just died. The team punted seven straight drives, didn’t score a single point and struggled to kill clock late with the lead. It wasn’t all just because they went run-run-pass, either. They actually passed the ball to start five of those seven drives, but penalties, struggles by the quarterback and inability for guys to make a play bogged them down. The Jaguars offense showed they’re still an offense that is going to struggle playing behind the sticks. Holding penalties and the like are often called drive killers, but for a passing attack like the Jaguars and with Leonard Fournette out of the game, they truly are drive killers.

Jacksonville was ahead the entire game, which isn’t very Jaguars... but the special teams fumble at the end to clinch it gives it a bonus point or two. Marcedes Lewis raising his hands like Blake Bortles was gonna score on that read option was funny though.

The first time Gus Bradley won by at least 14 points was against the Cleveland Browns in 2014. Let’s talk about it. (It only happened one more time after that!)

44 days until kickoff: We beat the Giants and we were BACK, baby!