BCC Q&A: Is Calais Campbell a Hall of Fame player? 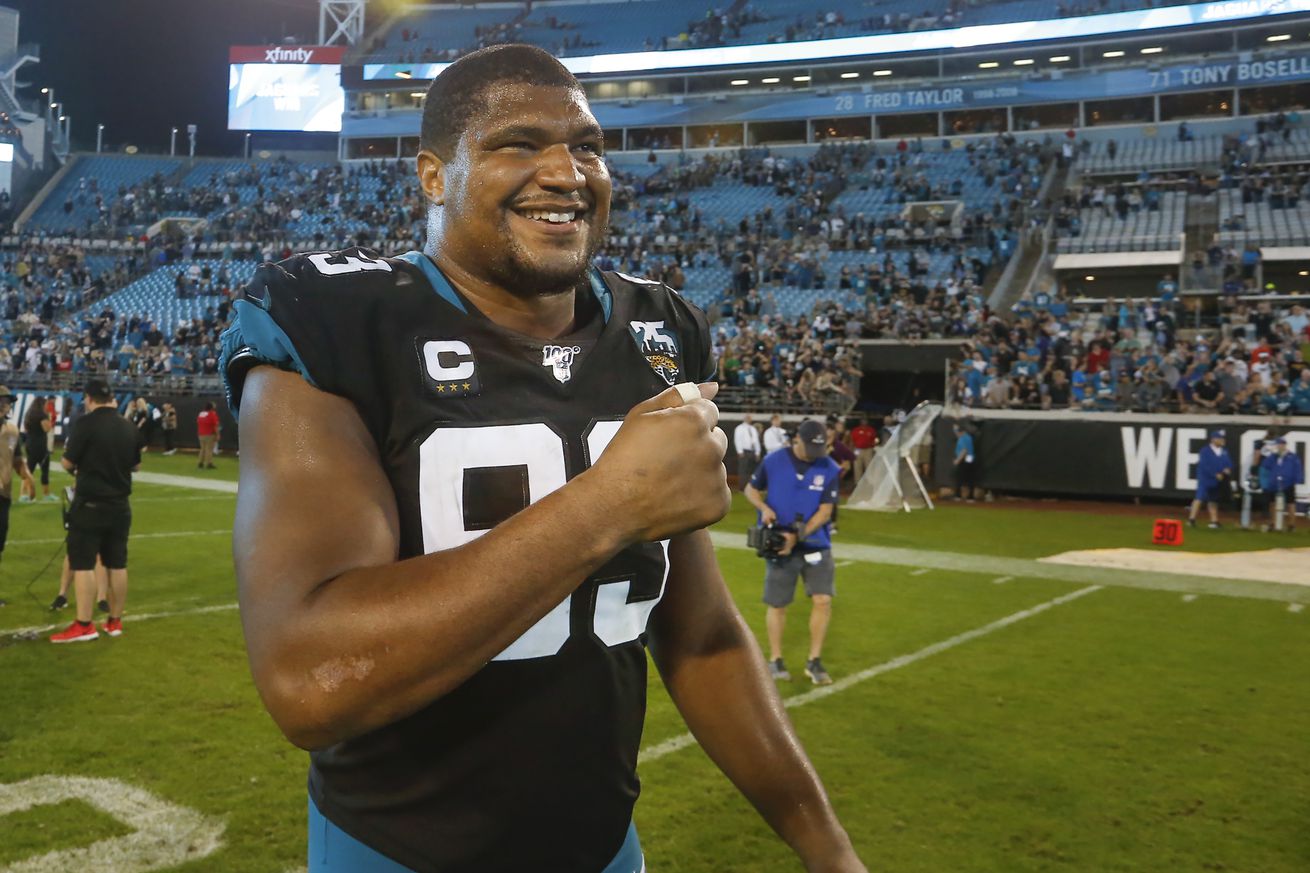 Q: If the Jaguars resign Calais Campbell, and he has maybe two more good years, would he get the gold jacket with the Arizona Cardinals or Jacksonville Jaguars?

A: If Campbell becomes a Hall of Famer, he’d likely go in with the team he played most for... so the Cardinals. But I don’t think he’s getting in. His career reminds me of John Abraham. Abraham was good for the team that drafted him, but it really took off when he signed with his second team. Abraham played 14 seasons at a very high level and Campbell is slated to start his 13th season in September. They both had a handful of Pro Bowl selections, both a few All-Pro selections, and both are beloved by their respective fan bases. But neither is a Hall of Famer. I think Campbell will be nominated from time to time, like Abraham, but not get in.

Q: Why should any of us care about any hire the Jaguars make when this is probably a lame-duck staff anyway? Or even care about this season at all?

A: The Jaguars have fostered a culture of losing. We’re averaging just over one playoff appearance per decade. I can’t give you a good reason to care about this team.

Q: Who is our starter if Nick Foles stays? Does he stay?

A: I think Gardner Minshew is the starter if Nick Foles Stays and (unfortunately) I think he stays.

Q: How big of an actual issue was Tom Coughlin?

A: We will begin to see the effects of Tom Coughlin’s mismanagement of this team over the next year or so. The NFLPA’s damning letter against the Jaguars because of Coughlin’s dumbassery shows that the culture inside the building was one of fear, anxiety, and condescension. That’s not good for any work environment, much less one where your labor force is risking their physical well being everyday. I wouldn’t be surprised if free agents think twice about coming to Jacksonville (as the NFLPA asked them to) and I wouldn’t be surprised if players we want to re-sign look elsewhere for a second contract. In answer to your question, Coughlin was a very, very big issue.

Q: Should the Jaguars draft a middle linebacker? Would using Myles Jack as a SAM or WILL be better for the defense?

Q: Would a first round wide receiver or offense lineman pick have more impact for this team in Jay Gruden’s offense?

A: Wide receiver by a mile.

A: The answer is the same for both questions. Stay as far away from Nick Foles as possible.

Q: Why could Todd Wash not instill the discipline required to fix the run defense? Bad coaching or poor players?

A: All of the above. The defense made very poor personnel decisions and then were hit by injuries hard, especially on defense. I’d lean more towards just having bad players out there making bad plays, but in some games the defense just didn’t have any answers. Losing would have made sense. No amount of coaching could have made bad players good enough to win some of those games last year. But the blowouts showed that coaching has some work to do as well.

Q: Hypothetically speaking, what team could be surprise bidder for Nick Foles? Something like the Los Angeles Chargers if Philip Rivers leaves and they don’t draft quarterback?

A: Rivers leaving the Chargers is a double edged sword because now there’s one more team that needs a starting quarterback, but there’s also one more quarterback on the market who is better than Nick Foles. Also, let’s say the Tampa Bay Buccaneers sign Rivers. Well, Jameis Winston is better than Foles too. Signing Foles is one of the worst decisions this franchise has ever made.

BCC Q&A: Is Calais Campbell a Hall of Fame player?