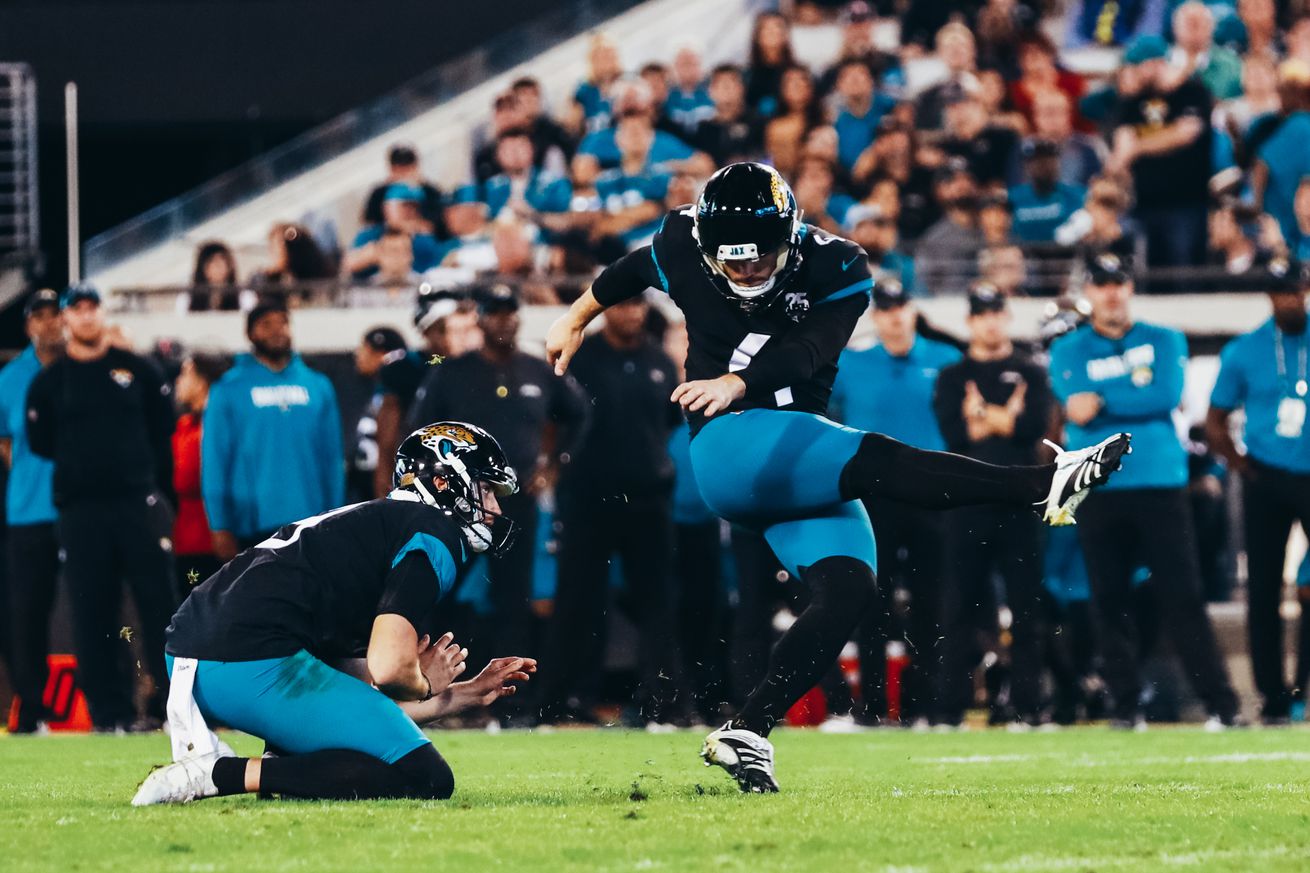 Lambo set the franchise record this season with 33 field goals in 2019. Mike Hollis had held the record with two 31 field goals in the 1997 and 1999 NFL seasons.

Last Sunday after the Jaguars’ victory against the Indianapolis Colts, Lambo stated he was “super, super pleased with this season” after the season he had kicking missing only one kick on the season.

Snubbed for getting recognition in the Pro Bowl (first alternate), Lambo hoped the media would recognize the All-Pro team was not a fan vote, only now getting named second-team All Pro.

“Obviously, Justin Tucker is the best there is, but not this season,” Lambo said last Sunday. After missing only one kick on the year Lambo’s confidence has sky-rocketed. “I don’t think there’s anybody better than that right now.”

In a season of disappointments, it’s good to see a few bright spots, of which Lambo certainly was one.

The only other Jaguars player to receive any All-Pro votes was punter Logan Cooke.