BCC Q&A: Will Yannick Ngakoue re-sign with the Jaguars? 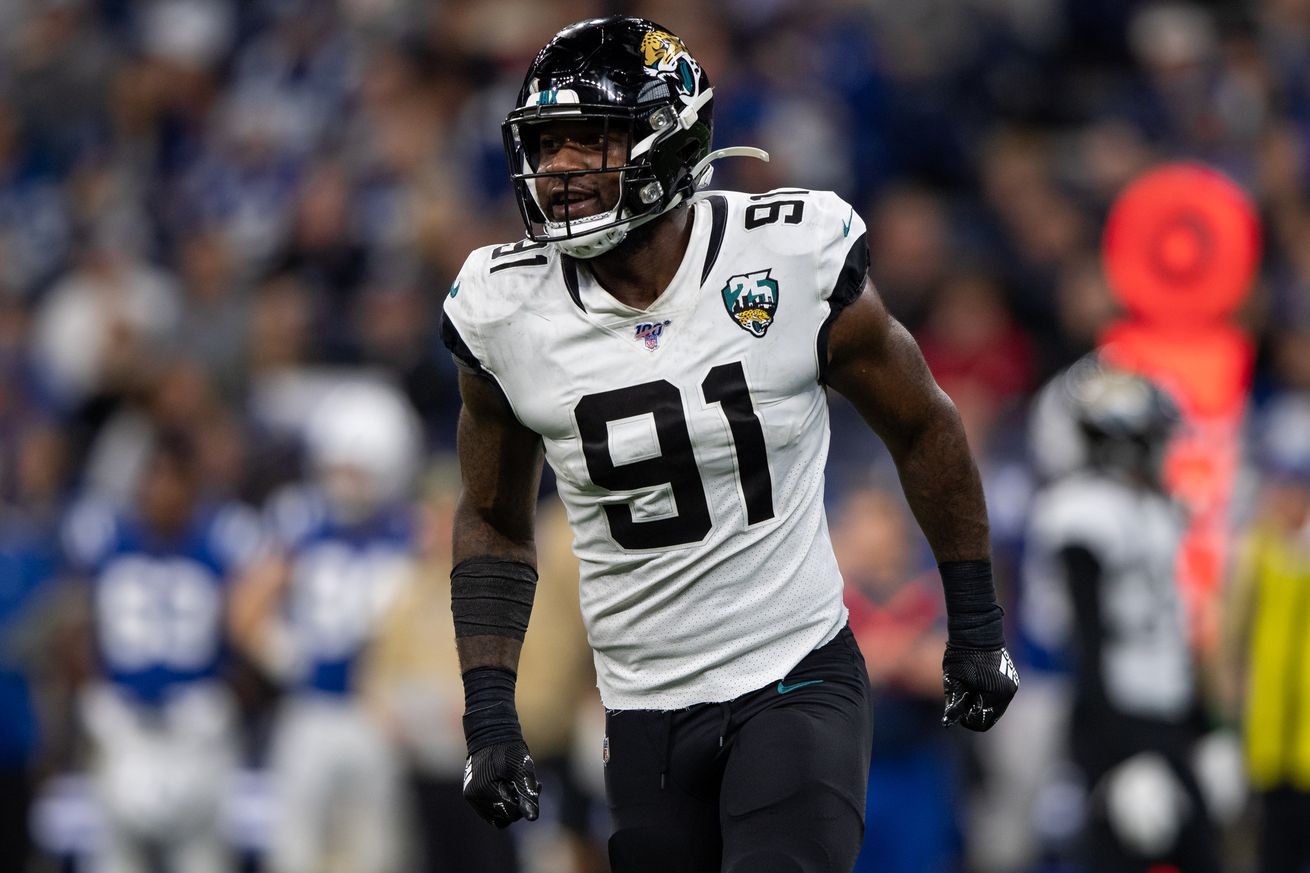 Let’s answer some questions after the Jacksonville Jaguars defeated the Indianapolis Colts in the Week 17 season finale!

Q: What players do you think will be available and ideal for the Jaguars to pick at No. 9?

A: If the Jaguars don’t package their picks and try to move up for Joe Burrow (which I don’t think they’ll do, but it’s worth a shot) then I think the best player they could get is Derrick Brown. He’s an ideal match of positional need, value, and best available player. He’d help fix an awful run defense right away and beef up this defensive line for years to come.

Q: After that dominant performance by Yannick Ngakoue, do you think he re-signs with the Jaguars after they bungled the negotiations so badly in the preseason?

A: No, I don’t. It’s hard to overstate just how badly the Jaguars mismanaged this entire situation. You could have locked up Yannick before training camp and you’d be walking into the 2020 offseason with one of the best young edge rushing tandems in the NFL. I think Jacksonville’s only play now is to franchise tag him, which will be interesting. Does Yannick sign the tender? Even if he does, you’re only renting him for that one year because the tag would only serve to motivate Yannick away from Jacksonville even more so than he feels now. I think the new front office needs to have a come to Jesus moment with Yannick, apologize, lay all the blame at Tom Coughlin’s feet, and say you’re committed to getting him whatever he needs to be happy.

Q: With all of the reports all over the map, do the Jaguars make any changes with the coaching staff and front office?

A: Front office? No. Coaching staff? Maybe. The fact that Doug Marrone has until Tuesday to meet with Shad Khan makes me think he’s got a better chance to stay than go.

Q: So what is it going to take to pay Yannick Ngakoue? Is the tag the most realistic option or can they clear enough cap for a long term deal?

A: I think the franchise tag is the only option this team has left to keep Yannick.

Q: I think Gardner Minshew went out there today and proved he can be a starting quarterback for the Jaguars. Do you think he proved it and will be start next season?

A: Minshew went out and played better than any other rookie quarterback this year. More wins, more game-winning drives, more fourth quarter comebacks, more passing touchdowns, fewer interceptions per pass, more yards per game... I could keep going but the fact remains that if Minshew had been projected as a first round draft pick and if we’d have picked him in the first round, we’d be ecstatic as a fan base. As it stands, he’ll likely enter a quarterback competition with Nick Foles and have to continue fighting for the starting job.

BCC Q&A: Will Yannick Ngakoue re-sign with the Jaguars?