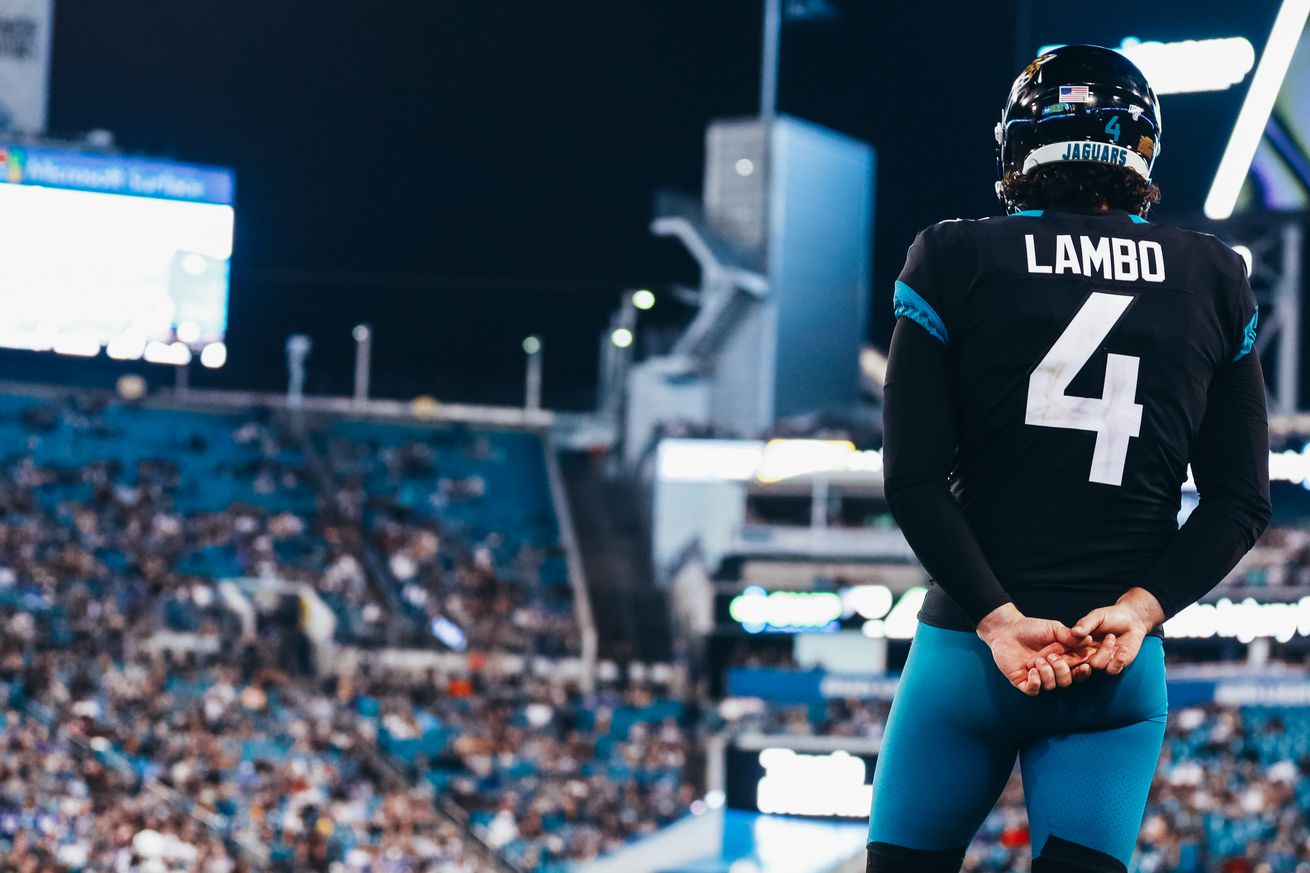 The season’s most valuable player for the Jaguars, Josh Lambo finished the season off with a bang

With just two seconds remaining in the second quarter of today’s 38-20 victory over the Indianapolis Colts, Jaguars Kicker Josh Lambo made history after he nailed a 56-yard field goal giving him the most made field goals in franchise history with 33.

Relapse Isn’t Part of Recovery. It’s …
Do You Have to Pay to Use Wealthy Aff…
Hot Platters: Crazy Horse (1971, Repr…
10 Clear-Cut Signs You Are an Overspe…
How the Super Bowl Got Started

The Jaguars kicker was elated in the locker room following the game, and stated that while he was disappointed in how few attempts he was able to get in the second half of games this season due to the team needing more than three points, he was excited to end the season on a high note.

“I can finally, I think, look back on the season, because I could’ve ruined it all today, I could’ve missed five kicks and it would’ve been a terrible percentage, so it was really nice that, together, we were able to close out 33 of 34, which is pretty gnarly.

“I couldn’t have done it without Matty [Matthew Orzech] and Logan [Cooke] and the other guys blocking for me. I’m super, super pleased with the season,” Lambo said following the game on Sunday.

Missing only one field goal this season, Lambo is easily the best kicker in the league this season. While he has accomplished a lot, none of that has been rewarded in terms of the pro bowl as he was one of the deserving Jaguars players snubbed this season. Instead, Ravens kicker Justin Tucker will be attending the Pro Bowl — at least for now.

“I missed one too many, so hopefully the media will realize that All-Pro isn’t a fan vote and hopefully I’ll get some recognition. Obviously, Justin Tucker is the best there is, but not this season.”

Lambo signed his extension with the Jaguars prior to the season on January 19th, 2019, something the kicker told members of the media that was strategically planned to be after the 2018 season or during the offseason, never in-season.

“I wasn’t going to deal with it because there’s just too many distractions – you get all the money and the cars and the houses – and you can’t do it,” Lambo said frankly following the game on Sunday. “I very firmly – I mean, Jake Elliott, got a bunch of money and he’s missed in every game since he’s gotten that contract. So don’t sign in the middle of the season. Do your job and enjoy the offseason when it comes time, but until then, you have to go one-for-one every time.”

Lambo has done his job, distraction, free, and then some this season for the Jaguars. Always with a smile on his face, the kicker is confident — as he should be.

His confidence grew during week four of the preseason as a member of the San Diego Chargers, he turned to his then-special teams assistant coach and said ‘I figured it out. I figured it out. I’m not going to miss anymore.”

Lambo has missed four times in three seasons since. “A lot of it is Doug [Marrone] bringing me in, giving me a shot and saying, ‘Hey, you want it? Go make it,’ and having that confidence in me.”

With the guidance of special teams coordinator Joe DeCamillis and assistant special teams coach Mike Mallory, Lambo has accomplished all of his goals this season, and will likely carry on throughout his career as one of the best kickers in NFL history. Although time will tell on the latter, one thing’s for sure, the Jacksonville kicker feels he is near the top — if not at the top of the list in the NFL right now.

“I don’t think there’s anybody better than that right now.”

10 Clear-Cut Signs You Are an Overspender

New PC Worship album not on The Grinch’s playlist

A rose by any other name… Is Your Business Coach Really A Consultant?

Stefano Domenicali, CEO of Lambo: "Lamborghini Must Be Humble".