Jaguars will be more efficient, decisive with Foles 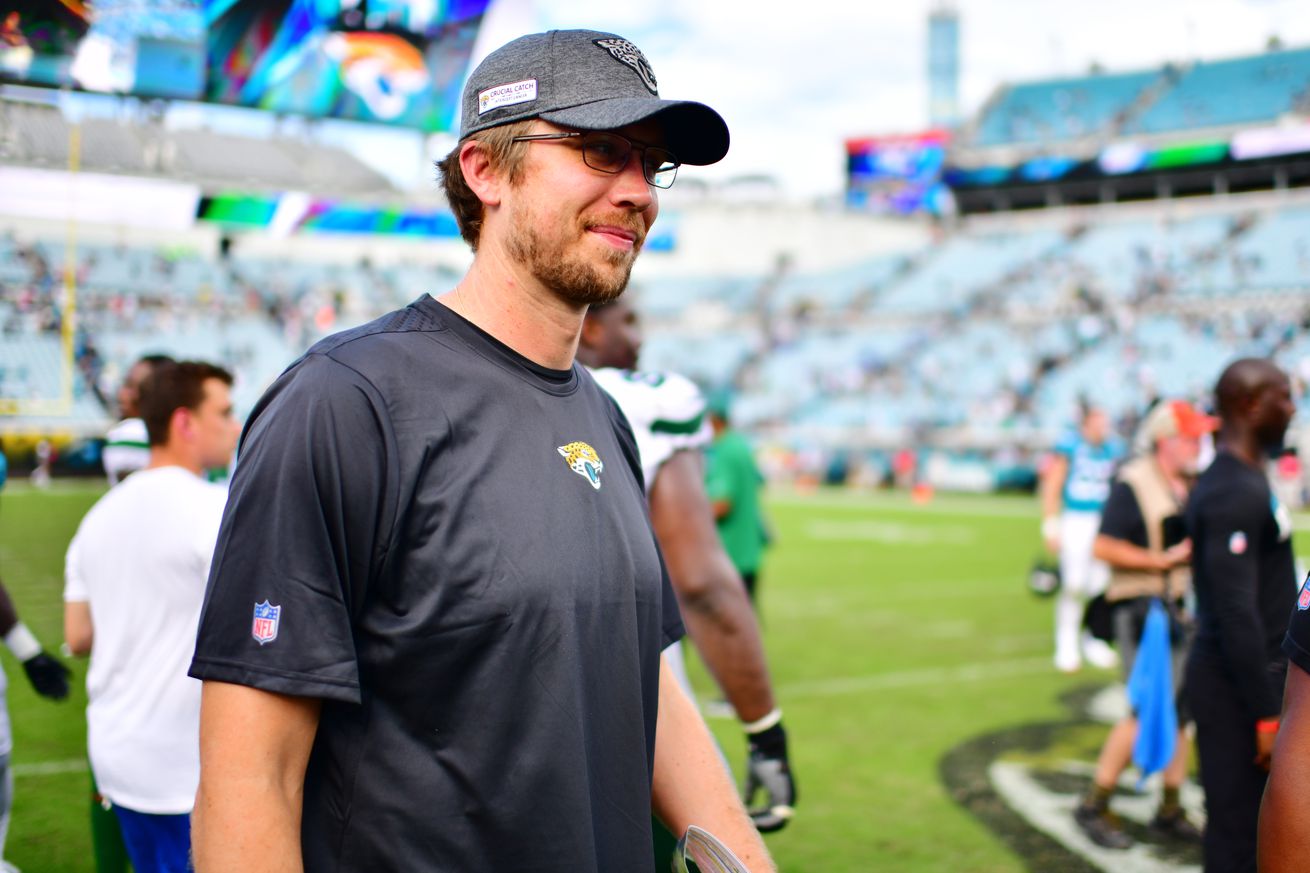 When Jacksonville Jaguars (4-5) head coach Doug Marrone named quarterback Nick Foles the starter last week, many assumed the quarterback’s leadership attributes were the key determining factors going into the decision. Gardner Minshew II by all accounts played as well as one would expect any rookie quarterback to play, let alone a sixth-round pick. However, when taking a deeper dive into what has made Foles a dependable starting quarterback in the NFL — and the limitations Minshew showed in his first eight starts — it becomes clear that leadership is not the only factor.

As a Super Bowl-winning quarterback, Foles possesses all of the traits one would expect any franchise quarterback to have. As Jaguars linebacker Myles Jack said on Monday, Foles “has no problem stepping up in front of the team” when he addressed the players in the locker room before heading into their bye week.

During his second stint with the Eagles, Foles experienced about as much success as one can have as a quarterback winning the title of Super Bowl MVP in 2017. In 2018, the Eagles were yet again in the hunt for a Super Bowl title thanks mostly due to the efficiency and decisiveness on offense with Foles at the helm.

According to Pro Football Focus, Foles completed 44 out of 73 of his passes (60.3%) for 566 yards, three touchdowns, and two interceptions while under pressure. Against the blitz, Foles completed 37 out of 51 (72.5) passes for 457 yards and four touchdowns. The Eagles won all three games Foles started in the regular season which ultimately propelled Philadelphia to the playoffs as a wild card team.

Although Minshew was had a terrific stretch of games as the Jaguars’ starting quarterback, there were clear deficiencies in his game, especially exacerbated in the face of pressure. According to Pro Football Focus Minshew completed just 40 out of 99 (40.4%) of his passes for 512 yards, six touchdowns, and one interception when facing pressure. Minshew made up for this by moving around the line of scrimmage, creating more time, and typically throwing more off-script touchdowns or passes.

Under Foles, the Jaguars might have less creative quarterbacking, however, drives will not stall nearly as often — especially in third-and-long situations. Minshew was slightly better when blitzed, completing 54 out of 105 (51.4%) of his passes for four touchdowns, and two interceptions, however, he still showed the same rookie-like tendencies which likely forced Marrone to go with the veteran.

The Jaguars absolutely still believe in Minshew, however, as Marrone stated Monday, Minshew has a couple of things to work on, but “it’s not anything that is limited from a physical standpoint of what he can and cannot do, so that’s what’s encouraging about that.”

The majority of the team’s struggles have come in the Red Zone, and not the red zone that Marrone had a revelation about over the weekend. When the Jaguars get within 20 yards of the end zone, they — along with the field — shrink. Currently, the team ranks 30th in the NFL with a red zone efficiency of 34.48%. While the blame certainly shouldn’t be placed solely on Minshew, he has not been part of the solution.

All seven of the #Jaguars attempts in the red zone yesterday.

While Marrone stated last week the Jaguars red zone issues were not squarely on the quarterback, Foles has been a much more efficient passer, especially in critical situations such as third down and within striking distance. The Jaguars will hope the pieces around Foles will produce better than they did with Minshew at the helm.

Minshew’s best trait during his time as a Jaguars’ quarterback was his ability to run and innovate. However, in the red zone — while he was innovative —, Minshew was not used as a runner very often rushing only three times for 13 yards.

The team now has a leader on offense that nearly every Jaguars’ player has bought into, especially his receivers. Foles will attempt to lead the team to the playoffs as he has done with the Eagles for the past two seasons, and there is reason to believe he will — at least in the meantime — provide a spark for Jacksonville’s offense. His first test will come on Sunday when the Jaguars take on the Indianapolis Colts (5-4), a game with serious playoff implications.

Jaguars will be more efficient, decisive with Foles