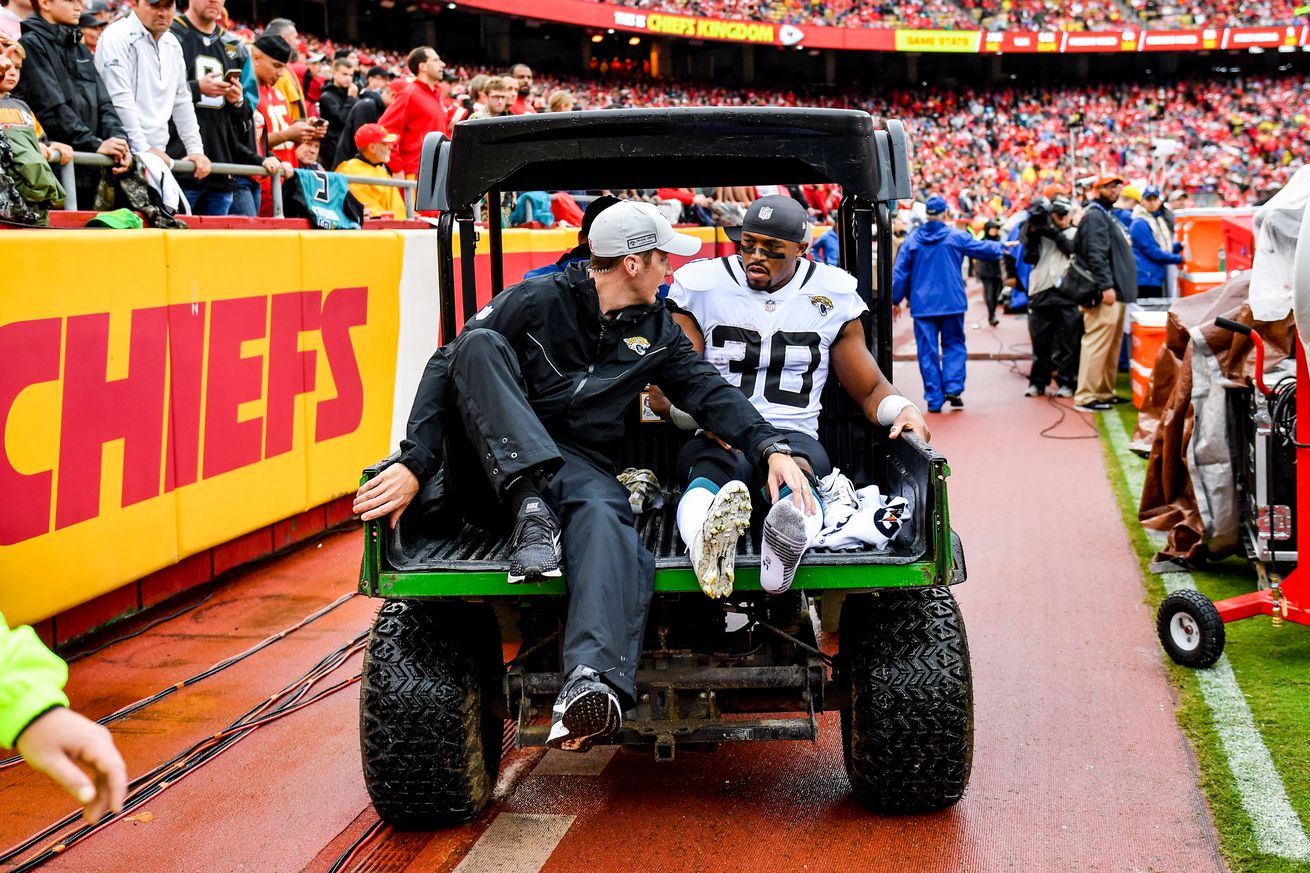 The Jaguars took a solid pounding on the scoreboard today in Kansas City, and also appear to have taken a significant blow to an offense that is losing players at a concerning level, as they have reportedly lost running back Corey Grant for the season, per ESPN’s Adam Schefter.

Jaguars believe RB Corey Grant suffered Lisfranc injury that is likely to end his season, per sources. With Leonard Fournette out with a hamstring injury, Jaguars need RB help.

As Schefter noted, the Jaguars are already without Leonard Fournette for what appears to be likely a significant period of time and back up TJ Yeldon, while effective today, has been battling his own ankle ailments.

The Jaguars needed to add more to their backfield depth before this injury, now the need is very much a concern as the only two active backs are an injured Yeldon, and Brandon Wilds. It is almost certain they will now add someone via street free agency, and likely place Grant on injured reserve.