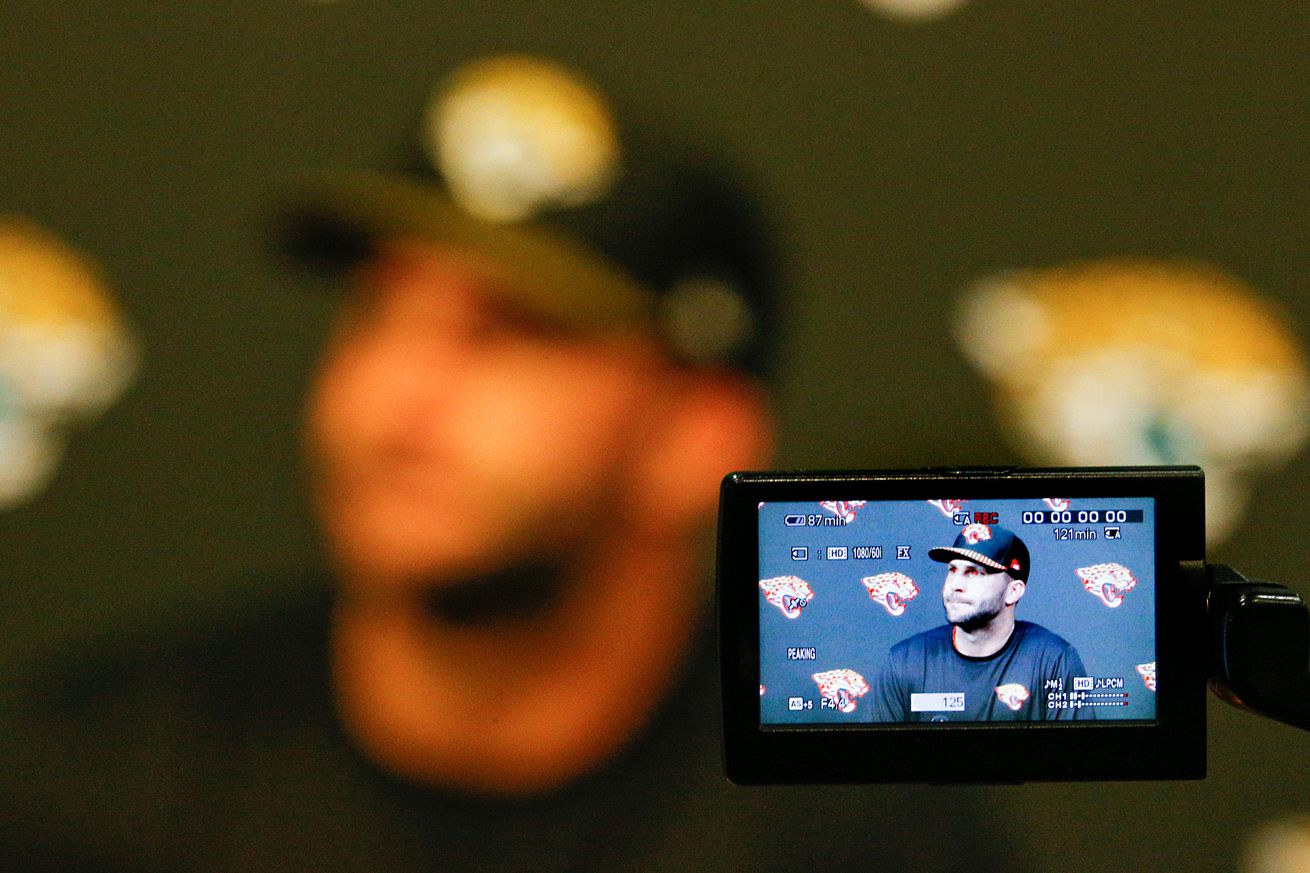 The Jacksonville Jaguars begin their three-day mandatory mini camp on Tuesday morning after 10 voluntary days of OTAs. There were a few notable absences from the last few weeks of voluntary practices, but that seems to be straightened out by all accounts of the early-morning tweets and reports.

What’s standing out from Day 1 of mandatory mini camp? Follow along with everything Jaguars by checking out our live blog throughout the day.

3:33 PM: Nothing but respect for my President.

First-team All-Pro CB @jalenramsey is back in JAX, which means quotes for local media:

“If y’all thought I was good the past two years, stay tuned... I will let the work speak for itself instead of me talking about it... I can always improve.”

#Jaguars CB DJ Hayden had the lone pick today. Pass was from Blake Bortles and meant for DJ Chark. Hayden also had a pbu on Rashad Greene.

8:44 AM: Jalen Ramsey is back for mandatory mini camp after missing voluntary practices, as everyone expected him to be.

8:26 AM: I’ll be watching how A.J. Cann responds to the Jaguars bringing in some competition at right guard with fourth round pick Will Richardson. Richardson could very well be the team’s swing lineman, playing tackle and guard as needed, but if Cann disappoints it can get interesting.