Jaguars vs. Colts: Blake Bortles was in total control on the drive of the game 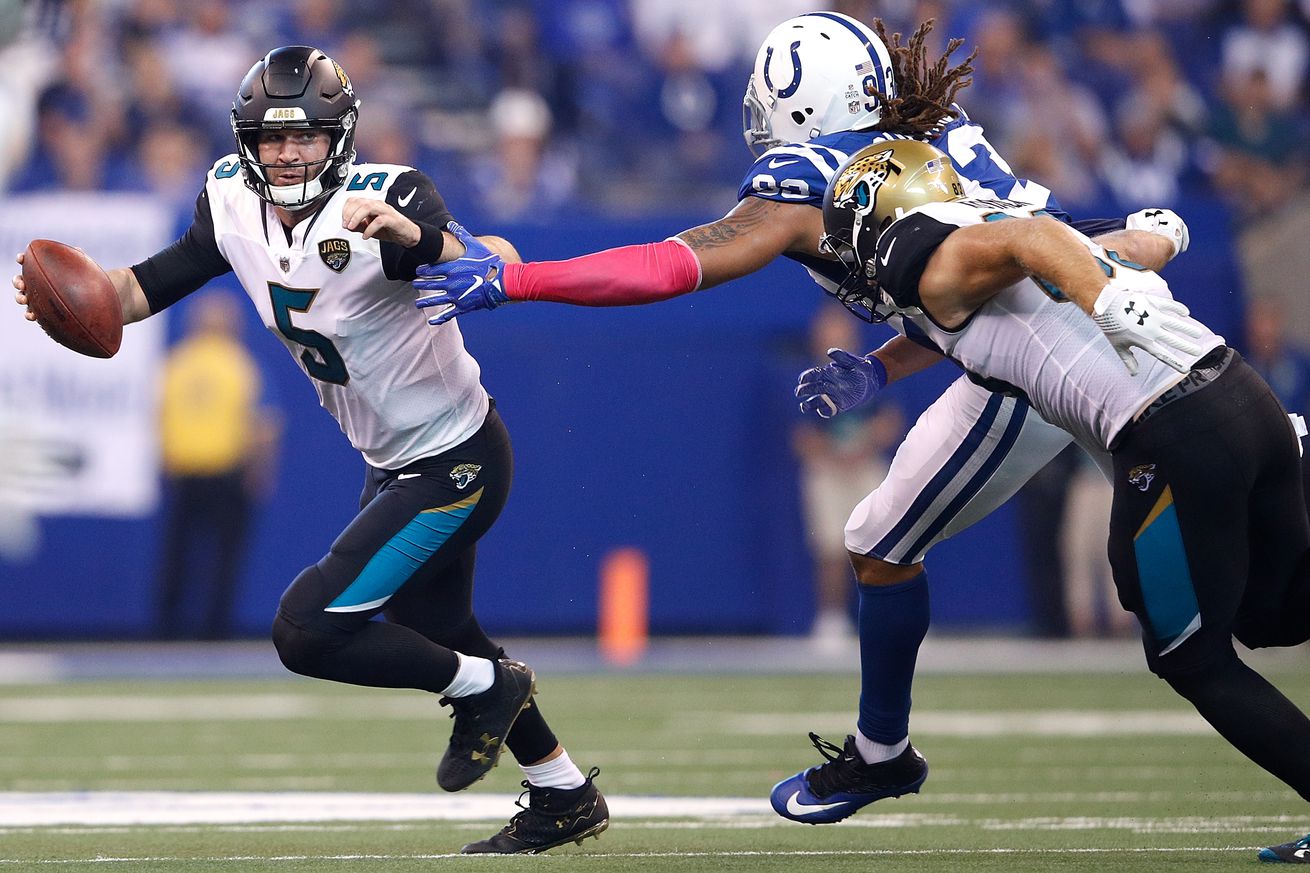 The Jacksonville Jaguars’ offense was on fire against the Indianapolis Colts. Nothing was going wrong. Let’s throw deep. Let’s run with T.J. Yeldon. Let’s get Marcedes Lewis involved in the red zone.

It was a nearly flawless day for what had been an underperforming group as a whole leading up to the game — and when the offense is clicking, it’s nearly impossible to stop these Jaguars.

That’s why this drive was the drive of the game. With the Jaguars up 7-0, offensive coordinator Nathaniel Hackett continued to open up the passing game and take deep shots. And it resulted in the first game since Week 11 of the 2013 season where the offense scored touchdowns on its first two drives.

Let’s take a look at the (short) drive that put the Jaguars up 14-0 and put the Colts away for good.

Air it out on first down. Let’s do it, Nate. The defense is playing man coverage and he brought Marqise Lee across the field on a shallow cross to take one of the defensive backs away from the intended receiver. Chris Milton is the cornerback who gets twisted up in the route by Keelan Cole, who makes a great adjustment while the ball is in the air.

The Jaguars get minimal push against the Colts defensive line, but it’s enough for Chris Ivory to fall forward for three yards.

Tyler Shatley is a little off-balance at the beginning of this play, but it actually helps Blake Bortles as he now has a clear lane to run for a few yards and draw a late hit penalty.

This is the best fade I’ve ever seen Blake Bortles throw. I’m serious. Bortles’ lack of touch on these types of throws is why Marcedes Lewis hasn’t been more involved in the red zone, but this is the second game this season where he’s been able to make this throw.

More of this please.

The 'I Should Have Read That Book' Tag

Jaguars vs. Colts: Blake Bortles was in total control on the drive of the game