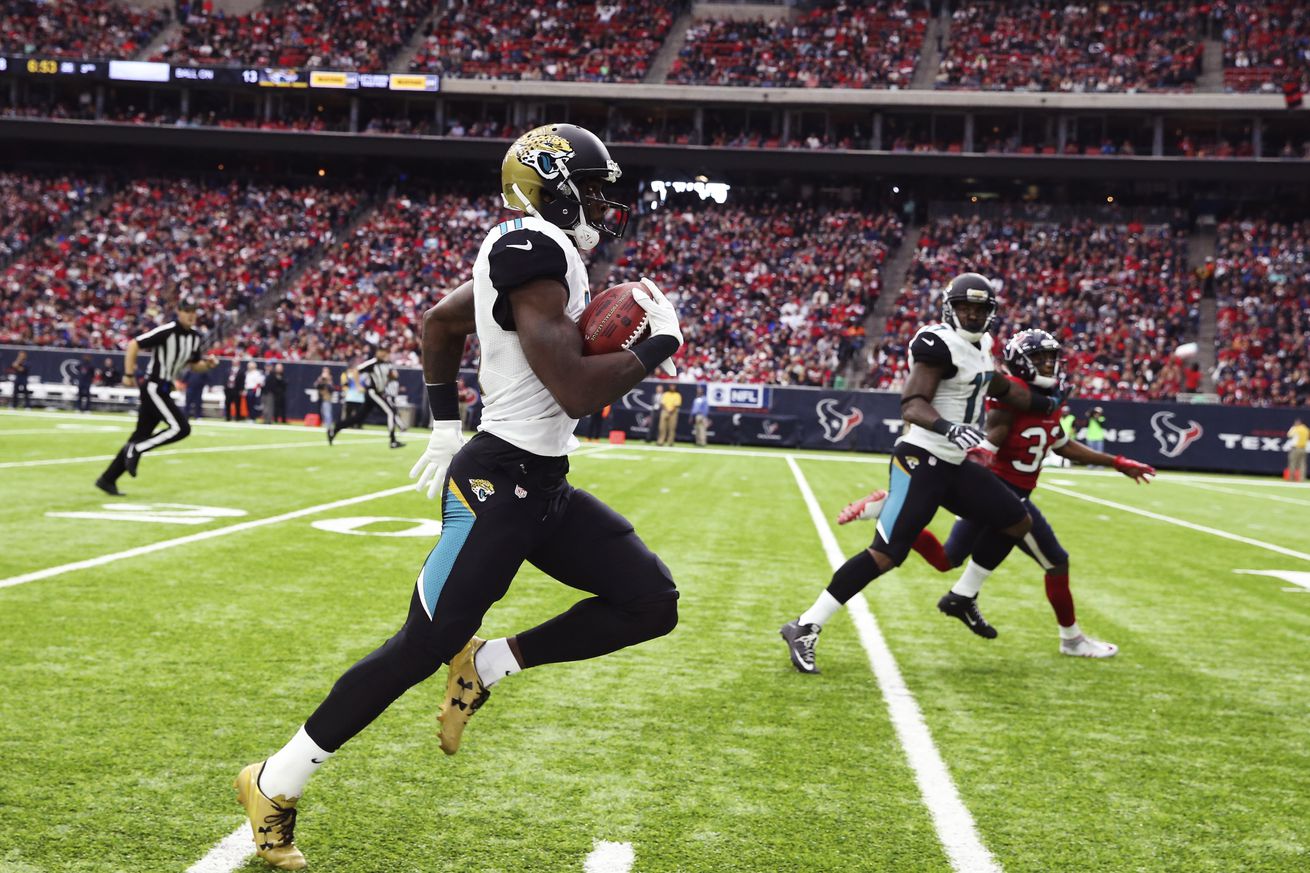 In at No. 2 is Marqise Lee's 100-yard Kick return for a touchdown against the Houston Texans.

Marqise Lee joined an exclusive Jacksonville Jaguars club last December against the Houston Texans — he’s just the seventh player in franchise history to return a kick for a touchdown.

64 Awesome Things to Do in Costa Rica…
Vigilante: The spiritual successor to…
When does Botox Kick in for Your Pati…
Curly Beard: 5 Clever & Effective Way…
The Friday Roundup – Cinematic Action…

Who are the other six? Here’s a timeline of every Jaguars player who’s ever returned a kick for a touchdown for the team:

In the inaugural season, there wasn’t much to cheer about. But in Week 13, the team’s No. 5 wide receiver — a relatively unknown castoff from the Dallas Cowboys — had a breakout game against the Denver Broncos, catching for a touchdown and returning one for the team’s first return touchdown in franchise history.

The Jaguars were on the rise and would experience a few years of success, thanks in part to one of the best return men in team history, who took his first kick to the house in Week 14 against the New England Patriots.

Little-used Alvis Whitted only returned eight kicks in 1999 for the Jaguars, but one of them was a beauty — a Week 13 touchdown in an eventual loss to the Tennessee Titans in Nashville.

He only lasted two seasons with the Jaguars, but it was enough to get the only Jaguars touchdown in a Week 7 loss to the Pittsburgh Steelers.

Used as a fullback and backup running back, it was strange to see the big, bulky Derrick Wimbush returning kicks. But he got his touchdown in a Week 11 win against the Arizona Cardinals.

And here we come to it, the best kick return man in Jaguars history: Maurice Jones-Drew. He averaged 26.0 yards per kick return, but he’s the only player on the Jaguars with multiple kick returns for touchdowns. Anyone who ever watched him knew he was a threat to break one with every kick his way and he’d be the only Jaguars player with a playoff kick return touchdown too if it weren’t for a shoestring tackle in Pittsburgh.

It took nearly a decade, but the Jaguars finally brought one back. This was Gus Bradley’s last game with the team, so it was fitting they did something they hadn’t done in nine years.

This post first appeared on Big Cat Country, A Jacksonville Jaguars Community, please read the originial post: here
People also like
64 Awesome Things to Do in Costa Rica, Where to Stay, Know Before You Go
Vigilante: The spiritual successor to Kung-Fu Master
When does Botox Kick in for Your Patients?
Curly Beard: 5 Clever & Effective Ways to Straighten It
The Friday Roundup – Cinematic Action Cam Footage and How to Cut
Make your 2022 Dating Year more Memorable
Most popular jewellery this Christmas - 2020 edition
What Are The Full-Proof Steps Of The Logistics App Development Process?